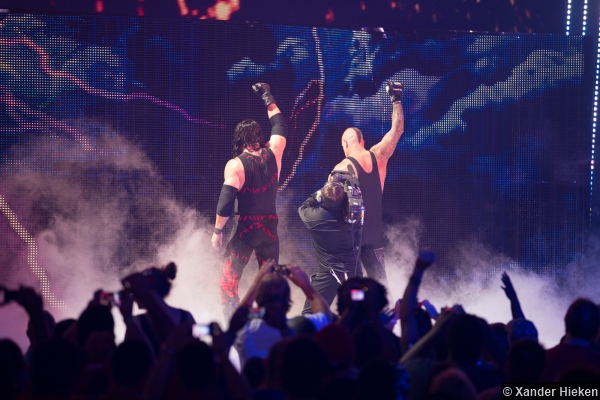 The 1172nd edition of WWE Monday Night RAW came to you from ‘across the pond’ at the Manchester Arena in Manchester, England. The past five days have been earth-shattering for both Seth Rollins and WWE as a whole as, at a WWE Live Event in Dublin, Ireland this past Wednesday, Seth Rollins suffered a serious knee injury, tearing the ACL, MCL, and medial meniscus in his right knee, putting Rollins out of action for six to nine months. As a result of this injury, Seth Rollins is no longer the WWE World Heavyweight Champion and it has been announced that a tournament will take place in less than two weeks at Survivor Series to crown a brand new WWE World Heavyweight Champion. In the wake of this shocking news, will we learn more about the tournament and its participants on RAW? What will become of Roman Reigns, who was originally scheduled to challenge Seth Rollins for the WWE World Heavyweight Title at Survivor Series?