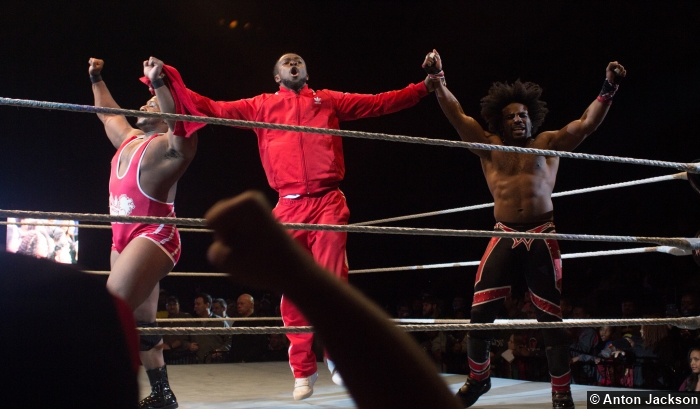 Dawning of The New Day.

The 1167th edition of WWE Monday Night RAW came to you, live, from the TD Garden in Boston, MA. Fresh off of his manhandling of Big Show, which included kicking out of three back-to-back chokeslams by “The World’s Largest Athlete”, this past Saturday night in Madison Square Garden, “The Beast” would come to RAW as Brock Lesnar no doubt has his sights set on WWE Hell in a Cell in three weeks where his rivalry with The Undertaker will come to a head inside the demonic Hell in a Cell structure, but will a simple address be all that Brock Lesnar has in store? Will the volatile “Beast” be looking to send a message to The Undertaker before their clash inside Hell in a Cell? Will we see or hear from Big Show after “The World’s Largest Athlete” was the victim of two F-5’s at the hands of Brock Lesnar on Saturday night?