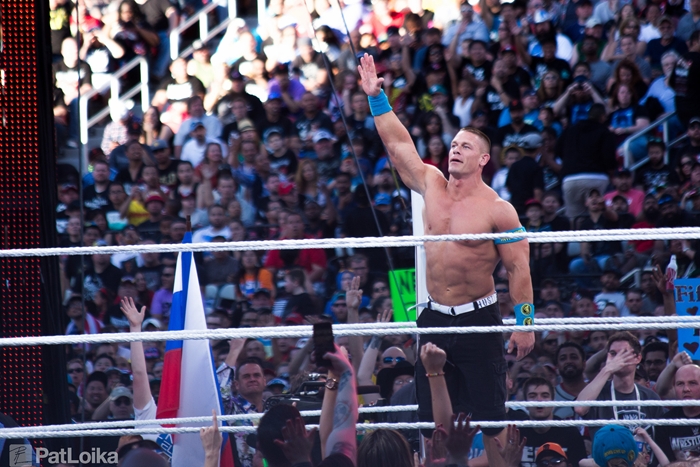 One night after “The Demon of Death Valley” made his presence felt with a shocking return at Battleground, the 1157th edition of WWE Monday Night RAW came to you, live, from the Sprint Center in Kansas City, MO. During the WWE World Heavyweight Title match between Seth Rollins and Brock Lesnar at last night’s Battleground, “The Beast” had matters well in hand after taking champion Seth Rollins to “Suplex City” with a torrent of thirteen suplexes and dropping Rollins with the F-5, but when Brock went for the pin, the lights would go out in the arena and a gong would sound, signifying the return of The Undertaker! “The Phenom” would then appear in the ring before a stunned Brock Lesnar and, with rage in his eyes, The Undertaker would plant “The Beast” with a chokeslam before drilling Brock Lesnar in the middle of the ring with back-to-back Tombstone Piledrivers! “The Deadman” then left the ring, leaving a cascade of questions in his wake. Why did The Undertaker target Brock Lesnar for his return? Was “The Phenom” seeking vengeance for Brock Lesnar ending his undefeated WrestleMania streak last year? With rumors suggesting that The Undertaker may kick off RAW, will “The Deadman” offer an explanation for his actions? How will Brock Lesnar react to The Undertaker costing him the WWE World Heavyweight Championship?