Jeff Jarrett has been involved in professional wrestling his whole life in one way or another and is a third-generation wrestler.

The 47-year-old from Hendersonville, Tennessee is known for his in-ring work with WWE, WCW and TNA where he won numerous titles.

In addition, Jarrett followed in his father’s footsteps by founding TNA and now Global Force Wrestling.

We caught up with Double J to talk about his in-ring career highlights, being the founder of Global Force Wrestling, talents we should look out for and much more. 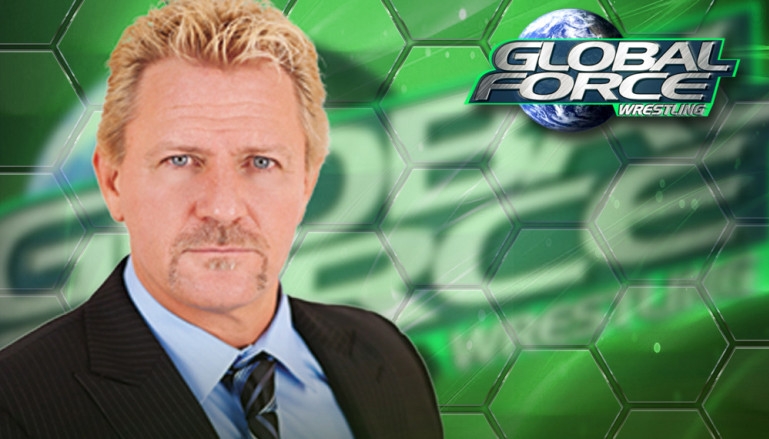 How did the idea for Global Force Wrestling come about?

My family has been a part of professional wrestling for 70 years now. My grandmother, she didn’t wrestle but she did just about everything else – she promoted and of course, my father wrestled and promoted so it’s in our blood, it’s a family business.

When I left TNA in December 2013 I sort of took a step back and had a look at the landscape. I knew I certainly wasn’t going to be getting out of the wrestling business, I knew I wanted to create a global brand. In doing that I knew it was going to be a long process, taking it step-by-step.

On April 7th, 2014 we named the company and then over the last 12 to 14 months we’ve formed alliances with promotions from all over the world. Now we’ve done that all our focus is on the Global Force Wrestling Grand Slam Tour – where we will be touring the country in minor league baseball stadiums. We’ve taken a real grassroots approach, getting into the communities across the United States to promote our brand.

We’re going to Las Vegas in July, August and October to shoot content, so we’re all very excited and it’s a fantastic and exciting time to be a part of something.

Under the Global Force Wrestling banner you worked with broadcasting the NJPW 4th January show in English for the first time – what was that like and are the plans do to similar things in the future?

I can tell you, we could not have been more excited when NJPW approached us and wanted us to put together a North American promotion and it turned out to be a truly global promotion with the Flipps App. People from all over the globe had the opportunity to watch that show.

I’ve been a part of a lot of good wrestling shows and that certainly ranked up there in the top five. From top to bottom it was just an incredible night of professional wrestling.

Then when you put Jim Ross and Matt Striker, specifically Jim behind the microphone, he’s not only a hall of famer and a legend but he is the best of the best of the best. Jim is the best at what he does, he took that fantastic show and in my opinion took it to an entirely different level and that is something that really kicked off 2015 for Global Force Wrestling with a bang.

You mentioned filming stuff for television in Las Vegas – will Jim Ross be part of those shows?

You were a founder of TNA – what have you learned from your experiences with TNA that will help you with Global Force Wrestling?

Well, I truly believe as humans we’re a subtotal of all of our parts and experiences. TNA, I had a fantastic time there and I knew it was my time to come to an end when it did. I’m not going to use just my experiences at TNA good or bad but I’ll use all of my professional wrestling experiences.

I do believe it’s not just a TNA specific issue; it’s a professional wrestling promotion issue. WWE has been in the market place for 50 something years, they are the industry standard and probably, in my opinion, own 90% of the market share.

When people become aware of your product you’ve got to put out a very, very, very good product because the competition in the world of sport and the world of entertainment is at its peak with streaming services like Netflix and cable television, then all of the touring acts. Competition for the entertainment dollar isn’t easy.

How will Global Force Wrestling differ to other wrestling companies such as WWE, TNA and ROH?

What we’re going to do is not worry so much about what those guys are doing or not doing. What I want to do is have guys who have an incredible amount of passion when they step foot inside the ring.

Obviously, everyone knows that professional wrestling isn’t a true sport, but do we compete, absolutely we compete and all of the guys and girls on the GFW roster are going to compete at a very high level.

Who are some of the wrestlers you are looking forward to watching perform the most?

Thea Trinidad in my opinion is a fantastic women’s wrestler. PJ Black (formerly Justin Gabriel in WWE) he is a human daredevil. The Bullet Club I don’t think you need to say anything more – The Young Bucks, as well as Karl Anderson and Doc Gallows, are two of the best tag teams out there at the moment and they’re part of the hottest faction in professional wrestling today.

Chris Mordetzky, The Adonis, people will remember him as Chris Masters in WWE, he was the youngest guy ever signed to WWE so too soon too fast relates to Chris but I believe he is in the prime of his career right now.

I’m most excited about the lesser names on the roster because this time next year if I’m talking to you it is those guys and girls that we will be talking about, the stars of tomorrow. The guys that have been on the independent scene, they’re free agents and they are very hungry to compete and make a name for themselves.

Are we going to see Jeff Jarrett in the ring for Global Force Wrestling?

I’ve been doing a lot of press for Grand Slam tour and that is a question I’ve been asked but the answer is no. Jeff Jarrett will not be a part of the active roster for Global Force Wrestling but I’m certainly focusing all of my energy on promoting and I will be at every show, engaging with the fans, hearing what they like and what they dislike.

I’m really excited about getting the opportunity to do that, wrestling inside the ring was my first love but it’s definitely now time for me to transition into a 100% promoter role.

Your family has a long history in professional wrestling and you’ve worked for the likes of Vince McMahon – what are some of the best bits of advice you received down the years?

Obviously I’ve worked for many promoters before I went to the WWF, my dad and the Colon’s in Puerto Rico and in Japan for several organisations. But Vince McMahon really stood up on this and it’s something that I grew up around, a mantra, if it’s good for the promotion, it’s good for the talent.

When you make the decisions you put the company first and it makes sense. It’s something that you sort of understand, not one talent is bigger than the machine, it’s truly the brand. Vince was passed that down from his father and you see it as the years roll by that he protects WWE and does what is best for it. 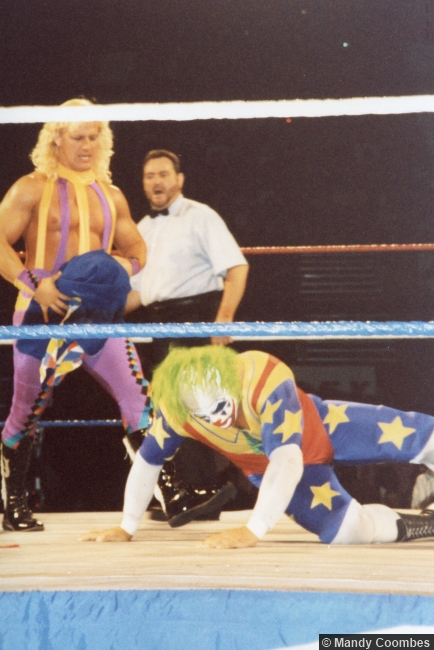 You founded TNA, but since leaving the company what have you made of the changes they have gone through?

What are your thoughts on TNA and ROH now both being on Destination America?

More professional wrestling on television giving the folks the ability to see it can only be a good thing for the industry. I think yes it helps ROH being on Destination America but I also think it helps TNA. I go back to competing and now those guys get an opportunity to compete on some level, they are on the same night and I think both companies are going to put their best foot forward.

Do you have a television deal in place for Global Force Wrestling?

Stay tuned is my short answer, my long answer is it’s a big play and we’re going to go out there and as the name of the company states global, there are a lot of factors and it’s not just a North American situation, it’s truly a global situation.

We’ve got some great partners, Orleans Resort, those folks couldn’t be a better venue and promotional partner. The look, the feel and the vibe of the show is going to be very high quality. Of course like I said earlier the ability of the performers in the ring bell to bell is going to be at a premium, so I’m very excited as things come together.

What have been some of your in-ring career highlights?

Jerry Lawler is one of my favorite opponents from my much younger years and having the chance to work several series of matches with Shawn Michaels, I believe bell to bell that guy has an unbelievable amount of ability. Then I had some tremendous matches with the likes of Kurt Angle and AJ Styles in TNA.

To name just one highlight is almost impossible but a series of matches may it be with Shawn Michaels, Scott Hall or Kurt Angle is something I’m very proud of having done during my in-ring career.

How would you describe the similarities and differences between three people you’ve worked with, Vince McMahon, Eric Bischoff and Dixie Carter?

They have three completely different personalities, and they all have their strengths and weaknesses, I respect all three of them.

For more information about Global Force Wrestling and to by tickets for the Grand Slam Tour and shows in Las Vegas at the Orleans Arena you can visit GlobalForceWrestling.com and you can follow Jeff on Twitter @RealJeffJarrett