Matt Striker is a professional wrestler, commentator and backstage interviewer. During his eight-year spell in WWE, he did it all!

The 39-year-old from Queens, New York, didn’t have the most conventional route into the world of professional wrestling as Matt was a high school teacher who wrestled during school vacations and on weekends.

Matt then joined WWE in 2005 and spent eight years with the company before being released on June 20th, 2013.

We caught up with Matt to talk about the wrestlers he enjoyed watching whilst growing up, his WWE highlights, what it’s like working for Vince, appearing in a King of the Ring commercial and much more. 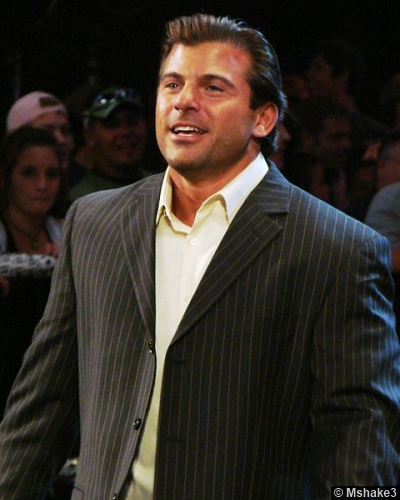 How did you go from being a teacher to becoming a professional wrestler?

I was teaching and at the same time I was pursuing my love of wrestling on the independent scene and an opportunity came up for me to go to Japan. I took personal days instead of sick days and that caused quite a commotion within the New York City Department of Education, WWE heard the story.

It was on all the major news outlets and the people at WWE had the foresight to bring me in to compete in a match against Kurt Angle and the match went better than anyone could have expected. The next day I was offered a contract, and I managed to stay there for eight years. 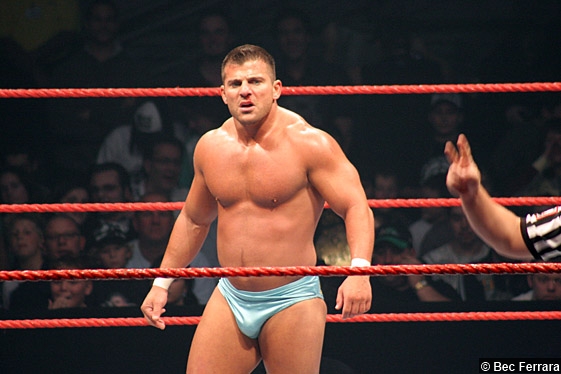 Growing up in New York, I always enjoyed watching guys like Roddy Piper and Eddie Gilbert, and then as I got older and the internet became more prevalent I enjoyed a lot of British guys like Rollerball Rocco, Marty Jones, Johnny Saint, Robbie Brookside, Frankie Sloan, William Regal and Belfast Bruiser, Dave ‘Fit’ Finlay.

I used to do a lot of tape trading, and there was a fella over here by the name of Mike Quackenbush who was very proficient in the British style of wrestling so I began to study and looked up as much as I could in magazines, videos and then the internet, but most of it came from World of Sport.

During your time on the Indy’s you got to impersonate numerous wrestlers such as Ultimate Warrior, Roddy Piper, Hulk Hogan and Macho Man Randy Savage, what was that like?

That was me just being a seven-year-old kid all over again, I always had trouble finding my own personality as a child, my imagination was pretty much my best friend. When all the other kids would walk home from school, I would walk the other way and basically do impersonations to entertain myself and to entertain my father as I got on and it just kind of stuck. 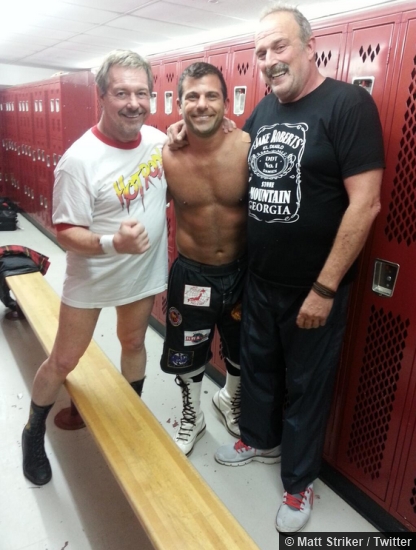 Before joining WWE, you actually featured in an advert for the King of the Ring, how did that come about?

That came through a wonderful man by the name of Jim Kettner who ran a promotion called the ECWA, in Delaware on the east coast of the United States. He gave me the opportunity to go down and feature in the commercial and I just revelled in the opportunity.

You portrayed a teacher during your time in WWE, was that your idea and was it something you enjoyed?

I think the creative minds at WWE really enjoy something when it is authentic and legitimate. It’s not like they would tell me to go out there and pretend to be a footballer or pretend to be James Bond, because it wouldn’t be authentic.

They realised I was this snarky, short, annoying, descending teacher from New York and they said that’s what you’re going to be because that’s what is genuine. The best thing about WWE is that they respect the fact the fans go to a show by choice, they’re not forced to and they don’t want to insult the intelligence or alienate the fan base, so why not give the fans exactly what the superstars are, don’t try and make them into something they’re not.

What was the reason for transitioning from wrestling to being more involved with commentary and backstage interviews?

It was circumstances, I believe it was Taz or Mick Foley that was leaving and WWE needed a commentator and it was probably number 12 on the list of things they had to handle that day, and it was Joey Styles that mentioned that I would be interested and thought I would be a good fit. The one thing about WWE is that they are all about opportunity, and they said let’s give the kid an opportunity, I put on the headsets in Atlanta and it just seemed to be a natural fit. I still brought my wrestling boots with me every single week, that is what I was taught and I still have them in my bag right now and I’m sure I’ll get some more use out of them now.

Matt with the debuting Fandango

You were also involved in the original series of NXT, what was that experience like?

I really enjoyed the NXT concept, it was definitely a very bright and creative mind that built this concept because it was live, unscripted and real. I had an open microphone and I had a direct line of communication with the top brass in WWE and I was able to show them my ability to think on my feet, my ability to go live and my ability to help them go in the direction that they wanted to go as far as the vehicle of NXT is concerned.

I knew a lot of these guys that were being introduced to the WWE Universe for the first time, that wasn’t the first time I had met Daniel Bryan, I knew the American Dragon, it wasn’t the first time I met Kaval, I had wrestled Low Ki, so it was nice for me to be an inside man working there and knowing what these talents had to offer. I knew Brodus Clay was going to be tremendous, I knew Wade Barrett was going to be a star, all the people that were involved in NXT it was my honour to be a part of the ride they were going to go on.

What were some of your personal highlights during your eight-year spell in WWE?

For me highlights were just walking down that aisle to that ring, highlights were seeing the WWE logo on the screen during my matches when I watch them back, highlights were just simply a guy like Shawn Michaels knew my name, that was enough for me. The fact Triple H said hi to me, the fact that William Regal told me I was alright in his book and things like that, those were the real highlights for me.

As far as in-ring stuff goes, I got to compete against the very best in the world and I think I’m better for it, I learned a lot and I’m thankful for the opportunity that WWE gave me and hopefully, I can now take what I’ve learned and I guess go full circle by teaching it to others.

You were fed worms by the Boogyman, knocked out by the Big Show, what were those moments like?

I liked the stuff with the Boogyman, more so after it happened, when it was actually going on I did not, those worms were real and Boogyman was very eccentric and a strong personality, I enjoyed that sort of stuff. Going back and watching, there are a lot of things that I don’t remember, I don’t remember being knocked out by the Big Show, it’s the hardest I’ve ever been hit, but I think it’s good I don’t remember because I don’t remember the pain.

One thing I did enjoy was when Edge was doing a parody of Ric Flair and it was my mouth and voice that was lent to the Ric Flair image on the screen and I had lots of fun with that.

Vince was like a father figure to me, you wanted him to be proud of you, and all that Vince ever asks is that you just give one hundred percent and that you have some guts. He doesn’t want you to be sheepish, he doesn’t want you to be too polite, just be who you are, and that was very refreshing for me because all my life I searched for who I was and any time I thought I found it I always had people telling me don’t do that. All my teachers and all my peers growing up always tried turning me into something else, and it was Mr. McMahon that said, this is what you are, be what you are,’ and that was very refreshing and liberating.

Do you think we could see you back in WWE or maybe even TNA at some stage?

That’s not for me to say, you never say never in any regard, but I honestly don’t know and it’s not up to me. Whatever situations are presented to me I’ll be guided in the right direction and I have faith in my confidence that’s what will be right for me.

When I was a child I was in movies and commercials and things of that nature so I’m going to explore some commercial and movie work, some voiceover work, hosting work and maybe some stunt work and I also have my teaching degree I can fall back on and maybe go back into that field.

I would like to give wrestling seminars to impart the wisdom I have learned from some of the greats, I would not only like to do wrestling seminars but promo seminars as well. I think the promotional aspect of professional wrestling and sports entertainment is overlooked, just because you’re a great wrestler doesn’t mean you’re going to get a job, you have to be entertaining and you have to be able to express yourself and I would like to help people with that.

For more information on Matt Striker you can follow him on Twitter @Matt_Striker and to book Matt you can email formattstriker @ gmail.com