AETHER – An answer to our call to arms?

In a recent article we despaired at the lack of Steampunk material available to a voracious audience and made a ‘Call to Arms’ to anyone out there to whet our appetite’s with something to cling on to. Our call was answered and we may well have that universe we’ve all been searching for. It’s only in pre-production stage and there is a long way to go, but Aether could well be the answer to all of our prayers.

This was the tagline we received and we have to say we were more than a little bit intrigued.

Aether is a steampunk inspired science fiction film set in a world of flying cities, massive airships, and ghost towns. On the tiny island of Deos, the citizens in the small town of Specter struggle to survive, as the wealthy floating city of Wavelinde looms overhead serving as a constant reminder of oppression. Meanwhile, a storm is building in the savage mines held by the Bruewen. War is coming.

Drew Hall and his partner Horst Sarubin directed the Aether Prologue with Scott Robinson on board as producer. Drew’s background is in independent cinema – mostly genre based – with titles like Convergence and Nigel and Oscar Versus the Sasquatch. Horst is a VFX technician who worked for WETA in New Zealand. His credits include The Hobbit trilogy, Furious Seven, and Iron Man 3. Robinson brings over twenty years of managing and producing film/TV productions having worked with the likes of Fox, ESPN and more.

We managed to get hold of Mr Hall, the creative champion of this gathering storm, and he was kind enough to fill us in with a bit more detail.

“In February we set out to film a “proof of concept” short film based on a script/story I have been developing for the past 10 years. The goal was to show the studio system that there is both a need and a desire for ORIGINAL science fiction content. This is far from a reboot – in fact it’s an entirely new world, the likes of which has never been on the screen (big or small). ”

‘Original’ science-fiction is something we have had little to enjoy of recent, what with all the reboots, the remakes, the reimagining’s, and the rehashes, so you could forgive us for being a tiny bit sceptical when we hear that phrase. But Drew is keen to ensure he has the best available talent around him to bring this concept to life.

“We have a very robust creative team on the film including 3 time Oscar Winner and VFX pioneer Alex Funke whose work can been seen in everything from Total Recall to Lord of the Rings (Oscar wins) and the Hobbit Trilogy. Alex was our cinematographer for the project. Our Production Designer is David L. Snyder, who was nominated for an Oscar for his Art Direction on Blade Runner. David’s unique view of the world spans the history books of epic science fiction films. Our airships are designed by the legendary Kim Bailey who is most known for his design of both the Borg ship and the original Stargate. Rounding out the creative team is Oscar Award Winning Make Up Artist Robin Mathews. Her work on Dallas Buyers Club granted her an Oscar win for make up design.” 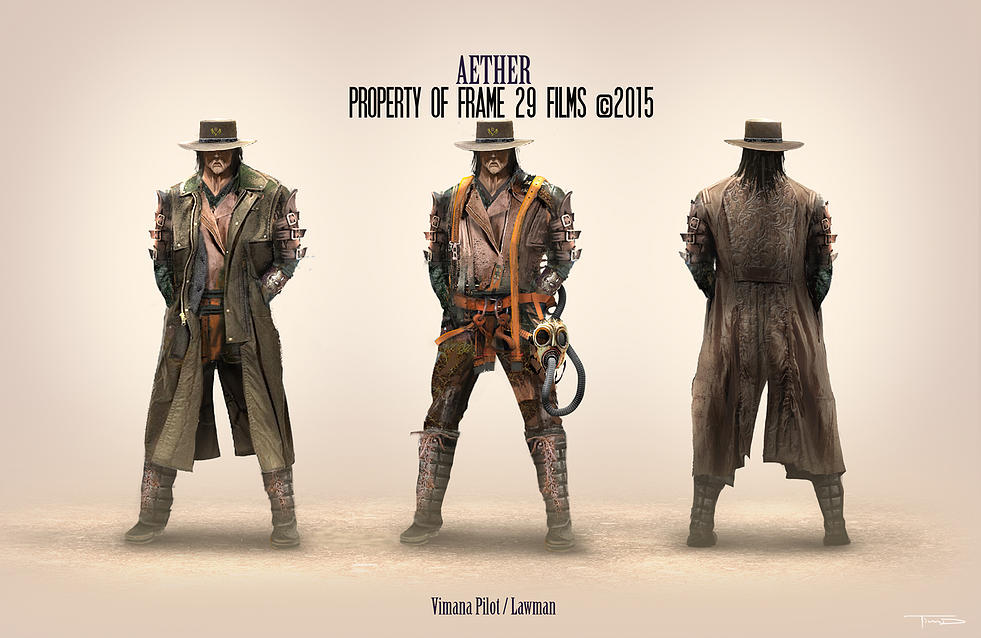 With Oscars galore and the brilliant visionary minds of some real big hitters in the industry it only appears to be a matter of time before our dream is finally realised. It’s simply a case of gathering the funds, signing up with a studio and letting this tiger loose, isn’t it?

Drew was very keen to assure us this was not necessarily the case. The temptation to raise funds through crowd funding something they are very much trying to avoid.

“Since we are not a remake, aka established property, we are in need of as much support as possible via likes, shares, and tweets. We are NOT asking for Kickstarter monies, but instead only support. The steampunk and science fiction communities have rallied around the project and thus have helped us push it out into the world – while behind the scenes we work diligently to get Aether in the hands of selected cast and executives. “

The pitches are no doubt hitting these select ‘executives’ as we speak, and we desperately hope that somebody in the Promised Land that is Hollywood has the stomach to take on such a project. 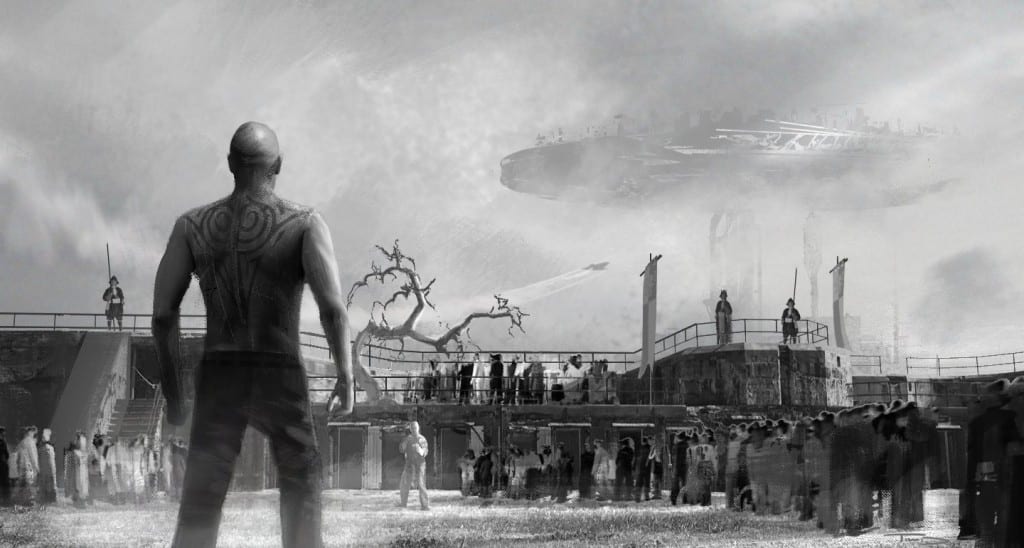 The creative team are leaving no stone unturned in their attempts to best market the project and give fans a glimpse of just what there is still to come, and the crossover transition into the comic book industry is just one way they are trying to get fans on-board prior to any fully fledged big screen spectacular. In addition to the “proof of concept” film the team are also launching a comic book through their relationship with Blue Water Productions. The Aether Prologue Comic begins the 12 issue backstory of the events prior to the feature film, and will allow fans to build a relationship with some of the characters, the geography, and the aesthetics before hitting them with a storyline that, along with such potentially mind blowing visuals, may be a little to take in all in one sitting.

It’s still very much up for grabs but, as we quite clearly showed in our recent article, there is a huge market out there that is just waiting for somebody to drill a tap into. Surely there is someone out there with the foresight to see the opportunity available to deliver something Steampunk fans are no doubt willing to throw every last penny at, if they can deliver. We are giving the project our full backing, and we’ll be regularly catching up with Drew and his team along the road to fruition. This could be very nice to follow, so keep your eyes peeled for our next update. SPOILER: It’s coming very soon!