Brian Christopher alongside Rikishi and Scotty 2 Hotty teamed together as Too Cool to make one of the most popular acts during the attitude era.

The 42-year-old from Memphis, Tennessee is the son of WWE Hall of Famer and commentator Jerry ‘The King’ Lawler. Brian worked for his dad’s promotion before joining WWE where he became a one-time Tag Team champion with Scotty 2 Hotty.

We caught up with Grand Master Sexay to talk about wrestling the Road Warriors, riding on the road with The Rock, his new album plus much more. 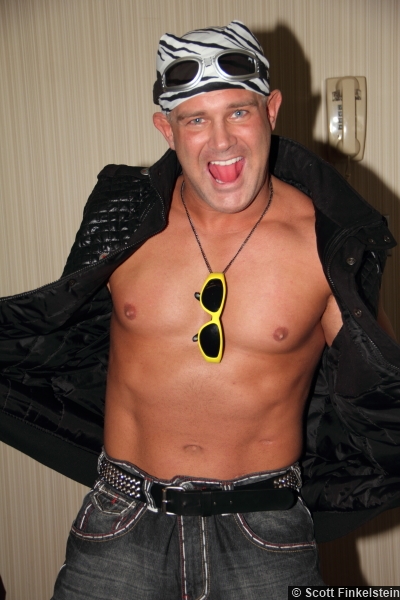 What was it like growing up in a wrestling family with your dad?

It was good and it was bad because every boy wants to be what their father is, they see their dad and they want to grow up to be just like their dad. My dad in Memphis, Tennessee was like a superhero, nobody could beat Jerry Lawler, as a kid I went to the arenas and we had wrestling every single Monday night in the city that I lived in. I would go down there and watch my dad beat a who’s who of professional wrestling, Hulk Hogan, King Kong Bundy, Rick Rude, Randy Savage, Andre The Giant, he would beat anybody.

Here I am with a father like that so my chest is sticking out really far when I go to school. Then at school, I would have kids that would want to test me because my dad was a wrestler, so they wanted to see how tough I was. I had to learn from a really early age how to fight and how to fight really good because I got into a ton of fistfights growing up in high school then after wrestling shows in the clubs and people would say wrestling was fake and those are fighting words to me.

Who were some of the wrestlers you enjoyed watching whilst growing up?

I got to sit on the front row at many shows and I got to see some of the absolute best because anybody that was anybody in professional wrestling came through the mid-south areas, Memphis, Nashville, and Louisville, that was my dad’s area the company he owned with Jerry Jarrett.

I saw some great tag teams such as; The Fabulous Ones, The Rock ‘n’ Roll Express, and The Midnight Express. Then I got to watch greats like; Eddie Gilbert, ‘Nature Boy’ Buddy Landel, Randy Savage, Rick Martel, they all came through Memphis at one point or another, and there I was on the front row watching it all.

What was it like getting to work with the likes of Jeff Jarrett, Tom Prichard and your Dad in USWA?

Again, that right there is how I learned to hone my skills and learn what it takes to not only do the moves, because anybody can learn to give somebody a bodyslam, suplex or put someone in a figure four leg lock but I learned how to entertain the crowd. If you can entertain the crowd and have charisma that sets you apart from just your regular wrestler, someone that just goes out there and does move after move.

If you can go out there and make the audience hate your guts in-between doing those moves. Or if you can make those people cheer and stand on their feet in-between doing those moves now you’ve set yourself apart from those other wrestlers and you’re not just a good wrestler you’re a very good wrestler. You can then hone your skills even more and become a great wrestler and that’s where I learned in the USWA, what it took to get me to WWE.

What was it like when you signed with WWE?

I had been under contract with WWE from 1996 but back then they didn’t have the training facilities as they do now, you signed a contract and you would learn on the road in a territory. I would drive from city to city and I wrestled six/seven nights a week for fourteen years of my life. Then when I went to WWE I wrestled five nights a week for a good five years of my life. I’m a real wrestler, an old school wrestler that paid my dues and did it the right way, I didn’t use my dad’s last name ride on his coattails, I made my own name and did it the right way.

What was it like as part of Too Cool with Scotty 2 Hotty and Rikishi?

To be honest with you it was great because Scotty and I started out as heels, so we were supposed to be doing a spoof on the urban lifestyle, on hip-hop and making fun of it but the fans quickly started enjoying it.

It wasn’t long for the higher-ups in WWE to switch us over to babyfaces and we just took off, the fans couldn’t get enough of it, they loved the dancing, they loved the fact it was two white boys out there dancing. Then when they threw Rikishi into the mix that only heightened everything because now we’ve got a 400lbs Samoan with bleached blond hair wearing a thong with his huge ass showing, sticking his butt in peoples faces but not only does he do that but he can dance as well. 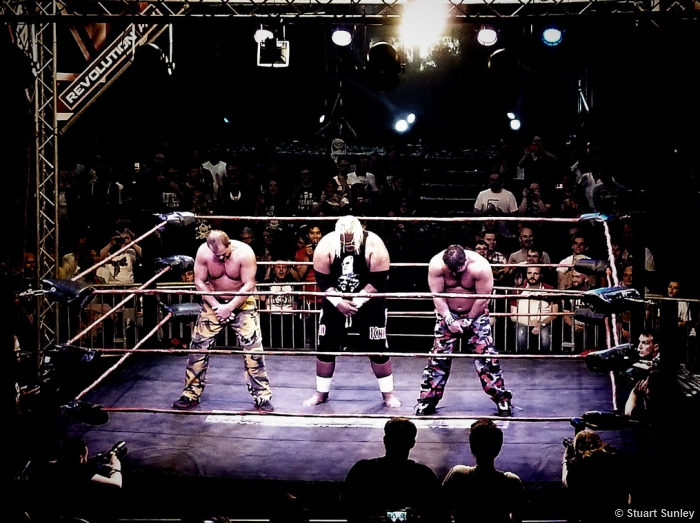 What was it like being on the road with those guys?

To be honest with you Scotty never rode with us, he was good friends with Kane so those two would ride up and down the road together. First off I rode with The Rock for about four years, I had been in the business a long time before he got into the business and when he first started out they sent him to Memphis, Tennessee, where I was, for him to train and learn the ropes. We hit it off right off the bat and we started travelling together, staying in the same hotels, eating at the same restaurants, it was like we were best friends for three or four years.

He would pick my brain because he was getting a lot more TV time than I was, so he would ask me how I thought his interview went and I would tell him he need to work on this or you need to pause a little bit longer before you say this.

One wrestler and I really hate this wrestler’s guts and I don’t want to give him any props but the one wrestler I told The Rock to study for his interviews was ‘The Universal Heartthrob’ Austin Idol. Not only was he an ass-kicker but he was also the women’s pet and the men’s regret, he thought he was the best looking guy out there and he did all the mannerisms and could cut a promo like no other.

The Rock watched Austin Idol’s videos but he added his own flair to it, we worked on that, you don’t want to be just like someone else, you want to put your own twist on it and you want your own personality to shine through. We then worked on his moves together and came up with things like The Peoples Elbow.

After riding with The Rock I then started riding with Rikishi and we hit it off and have been best friends ever since. I’ve learned a lot from him because he has been in the business a long time, he is part of the biggest wrestling family.

He would go down there after big matches after Madison Square Garden shows and we would eat with his family, so I got to see the man behind the man and I can tell you, Vince McMahon, to me is the smartest without a doubt individual that I’ve ever met, he is extremely smart business-wise. I always said my dad was the smartest man I knew until I met Vince McMahon, he is a visionary he knows something is going to happen before it actually happens, he knows what the people are going to gravitate to.

You entered the music world and have a new album out, can you tell us about it?

Yeah, I’ve just released a CD, Bringin’ Sexay Back, I’ve been working on the album for about two years. I was approached by somebody that had their own studio and had their own band and he told me my dad did it back in the 1970s and released albums in the early ’80s. He said people would buy an album if I did one but I told him I can’t sing or carry a tune but he told me to give it a try and he just kept on at me and I finally said yes.

When I got down to the studio I learned not only am I a good wrestler but I’m extremely good at writing lyrics, I also learned that I have my own special way of not singing but telling a story. I can listen to the beat of a song and I can write the lyrics to it and a lot of my songs are wrestling related, I’ve got a song on there called, Jabroni, there is also a song that me and my dad sang together called Puppies, we all know he coined that phrase, Rikishi makes a couple of appearances on the CD also. Overall if you’re a wrestling fan this is something you need to have because you will appreciate it all round. 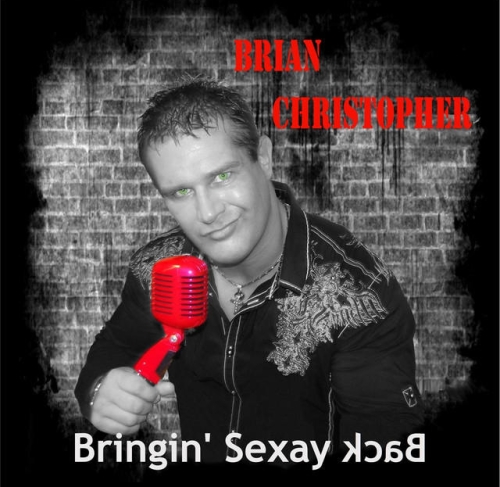