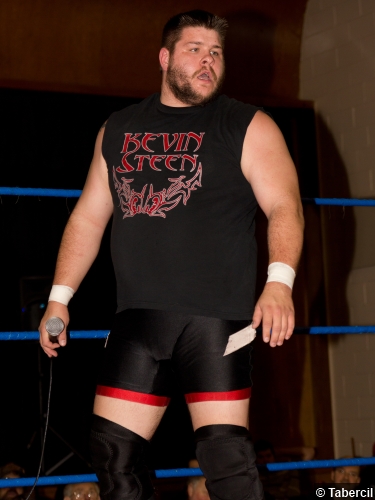 Anybody who follows the independent wrestling scene, most notably ROH, will recognize the name of Kevin Steen. The Canadian-born wrestler is a fourteen-year veteran of the wrestling business, having held the ROH World Championship on one occasion, as well as a stint as ROH World Tag Team Champions with El Generico (who currently works as Sami Zayn in NXT) and Steen has held titles in PWG and CZW, as well. Now WWE.com has broke the news that WWE has signed the 30-year old to a developmental contract as Kevin Steen will be heading for the WWE Performance Center in Florida and will officially join the NXT roster on August 25.

Are you excited to see Kevin Steen in a WWE ring? Post your comments in the box below.