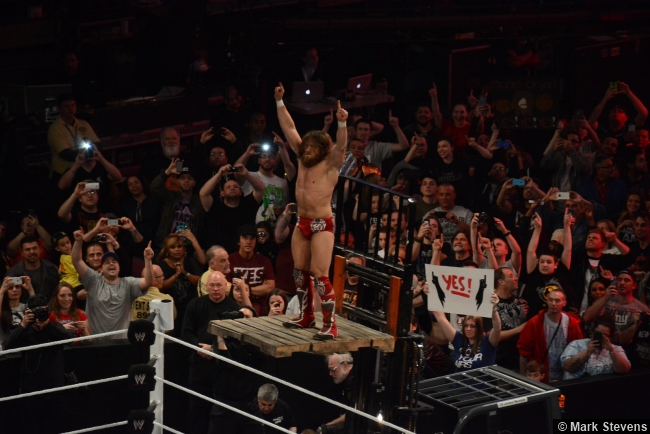 Since undergoing successful neck surgery on May 15, former WWE World Heavyweight Champion Daniel Bryan’s recovery has gone anything but smoothly. While the recovery of his initial neck surgery has been without issue, other medical issues have arose and Bryan had to have his arm surgically repaired shortly after his neck surgery.

However, the Wrestling-Online Newsletter is now reporting that, in an address during the SmackDown tapings this past Tuesday night (an address that will likely not air on television), Big Show provided the fans in the arena an update on Daniel Bryan and the former World Champion will have to undergo a second surgery to repair his arm. This second surgery was originally scheduled for August, but doctors were hoping that the strength in his arm would return as long as Daniel Bryan continued rehab. However, rehab has not corrected the issue and a second surgery will be required to finally repair the arm. There is no definite timetable for Daniel Bryan’s return to the ring, but this second surgery is no doubt a major setback for the beloved Superstar. Daniel Bryan’s last appearance in a WWE ring was on the May 26 episode of RAW.

Are you looking forward to Daniel Bryan’s return? Post your comments in the box below.