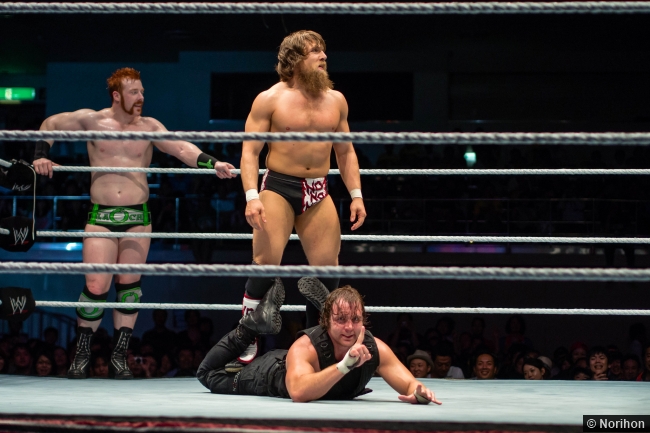 To say that it has been an eventful week for former WWE World Heavyweight Champion Daniel Bryan is an understatement as Bryan attended Comic-Con 2014 in San Diego on WWE’s behalf, where he announced that he is working on his autobiography and sat on a Comic-Con Panel alongside legends Paul Heyman, Hulk Hogan, and surprise panelist Sting. The leader of the “Yes!” movement also foiled a burglary outside his new home in Phoenix and got the latest information on his recovery from neck surgery. According to PWTorch.com, Daniel Bryan’s doctor has informed him that he will require a second surgery, this time on his arm, to repair nerve damage that stems from the nerve injury in his neck that he had his first surgery to repair. It’s currently unknown how much of a setback this will be for the former champion as a lot of his details on his recovery have not been revealed to the public.

After returning from their trip to San Diego, Daniel Bryan and his wife, Brie Bella, arrived home to discover two burglars fleeing their home after an apparent robbery and the former World Champion sprung into action, taking down one of the suspects and holding him down until police arrived to arrest him. While the other suspect managed to escape, all of the belongings stolen from Bryan & Brie were recovered, including a silver bracelet that Bryan received from his late father and two watches given to the couple by Brie’s sister, Nikki. The couple had only moved to the Phoenix home ten days ago and, due to Daniel Bryan’s recovery from neck surgery, they were unable to install an alarm system in the home.

When do you think Daniel Bryan will return? Post your comments in the box below.