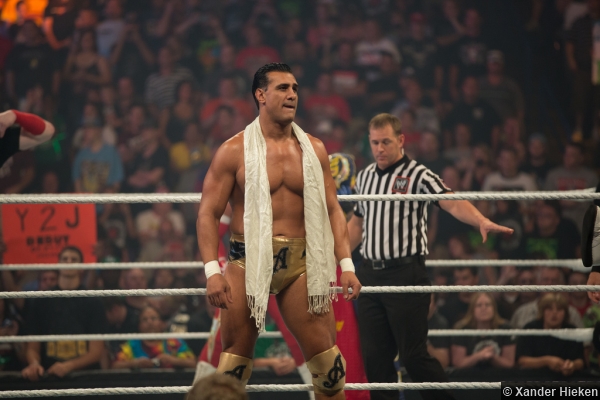 WWE.com broke the news earlier today that WWE has come to terms on the release of WWE Superstar Alberto Del Rio (Alberto Rodriguez) as of today, August 7, due to unprofessional conduct and an altercation with another employee. The rumor currently making the rounds is that Del Rio got into an altercation with Randy Orton after Orton made a comment about Del Rio’s ring work as of late. Whatever the reason, we will certainly be hearing more about this surprising release over the next few days.

In his just under four-year stint on WWE’s main roster, Del Rio is a four-time World Champion, having won the WWE Title twice and the World Heavyweight Title twice. Del Rio also won the 2011 Royal Rumble Match (the biggest in history as it featured 40 Superstars instead of the traditional 30) and also won the Money-in-the-Bank contract in 2011. Del Rio’s last match in WWE was on Tuesday’s WWE Main Event, where he lost a match to Jack Swagger.

What do you think of Del Rio’s release? Post your comments in the box below.