The Curse of the WWE Royal Rumble Revisited: 2013 Edition 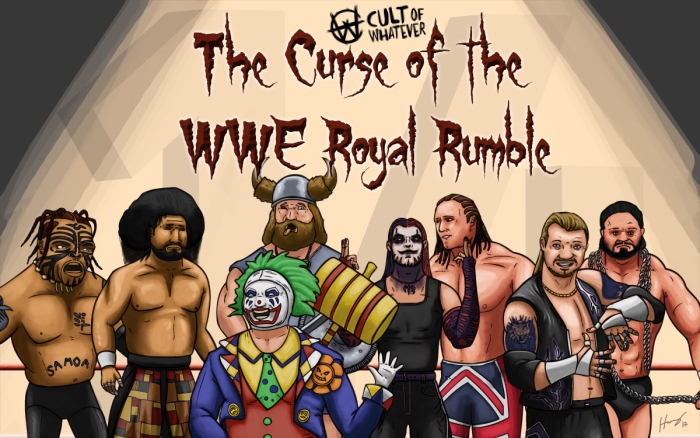 For the last few years, we’ve argued that the man who enters the Royal Rumble 14th is cursed. There’s been a history of horror stories connected to the number and 2012’s entry, Jinder Mahal, fared no better. This year, we look back on the last 12 months in the life of 2013’s number 14, Rey Mysterio. 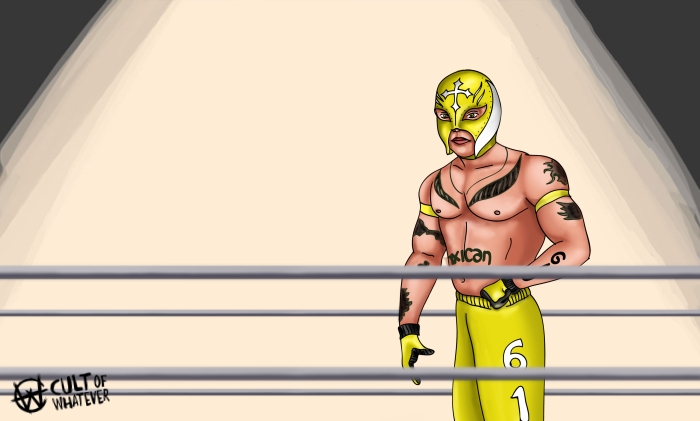 Recapping Mysterio’s 2013 is particularly challenging, seeing as the number 14’s particular curse, this year, has been to transform Rey’s entire skeleton into wet tissue paper. The result of this is that, other than tales of hospital visits and laying in bed, there isn’t all that much to talk about. Added together, Mysterio was an active wrestler, in 2013, for about three and a half months. Even his return as a commentator was muted, not because it wasn’t any good, but because it was entirely in Spanish, and most of WWE’s primarily English speaking audience barely noticed.

Other than sitting around, terrified of moving incase he literally shatters into a thousand pieces, Mysterio’s main contribution to wrestling in 2013 was the re-formation of the world’s most fragile tag team. There’s been a long term plan to get Mysterio and Sin Cara to do stuff together because… Mexicans? I guess? Whatever the reasoning, the team was rendered instantly hilarious by the fact that neither man can stand up for more than five minutes without part of their body exploding.

It seems to have all worked out for the best though. At least one half of the team can now do stuff, and the new Sin Cara is, as yet, untouched by the curse. However, our previous studies have proven that this particular hex lasts more than twelve months. Maybe Sin Cara should reconsider his alliances before the curse strikes again, like it did against his original namesake. Escape while you can Sin Cara Dos.

Still, Mysterio did at least return from his injuries. He’s not retired, fired or dead, so that means he got of relatively lightly considering some of the other men to share his position. We give this one a 7/10 on the curse-ometer.

CLICK HERE TO READ: The Curse of the WWE Royal Rumble Revisited: 2012 Edition

CLICK HERE TO READ: The Curse of the Royal Rumble IV: How Kevin Nash ruined everything