Harry Smith is the son of the legendary ‘British Bulldog’ Davey Boy Smith, and growing up in Calgary with the Hart family it seems wrestling was always going to be his chosen career path.

The 27-year-old from Calgary, Alberta, Canada followed in his father’s footsteps wrestling for WWE under the ring name David Hart Smith and along with Tyson Kidd won the Unified Tag Team Championships.

We caught up with Smith to talk about life growing up with the Hart family, his tenure in WWE, if he’ll swap the squared circle for the Octagon, if he feels his dad will be inducted into the WWE Hall of Fame and much more. 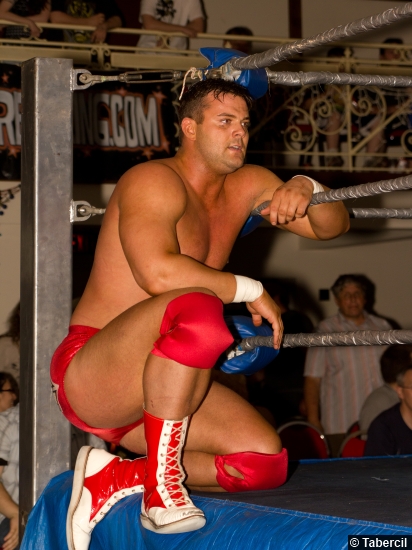 What was it like growing up in Calgary with your dad (‘The British Bulldog’ Davey ‘Boy’ Smith) and the rest of the Hart family?

It was just like anything really, get up, have breakfast, drink coffee and wrestle I guess. I’ve always been around wrestling my whole life and wrestling has just been second nature to me really, It was great being around my dad and all my uncles, Bret, Owen, and Dynamite Kid.

Other than your family who were some of the wrestlers that you enjoyed watching whilst growing up?

Of course, I loved watching my dad and uncles wrestle, then there were guys like Chris Benoit and Dean Malenko. Then as I got older and being a teenager I came across Japanese wrestling and I had some old tapes of my dad and Pro Wrestling Noah was getting very popular at the time.

Growing up did you watch much British wrestling?

I’ve actually started to watch some of the old World of Sport wrestling more so now because it is beginning to get streamed more on YouTube. I’ve watched a few matches and I saw a match between my dad and Fit Finlay when they were both teenagers I think, and that was a great match. Dynamite Kid when he first started out and Tiger Mask Sammy Lee, I’ve watched quite a lot of his matches as well.

I got to train a little bit at Tiger Mask dojo and I talked to Sammy for hours about wrestling psychology so that was really great and I learned a lot from him. 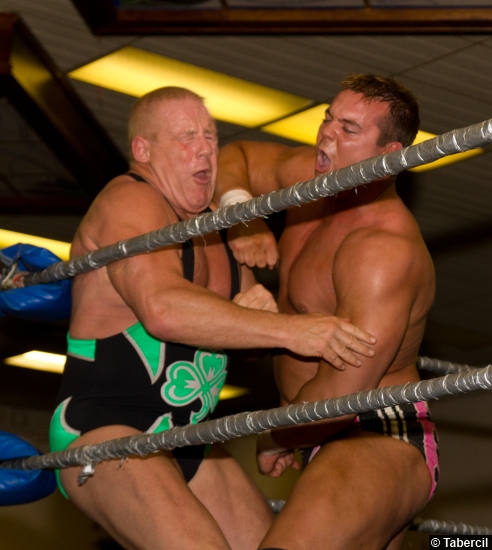 You followed in your dad’s footsteps and wrestled in WWE, what was that like when you made your debut in WWE?

It was great, I loved it, I was feeling nervous as hell ahead of my debut but during my time in WWE, a lot of cool things happened. I got my own action figure, and I got to be in a video game. But when I left WWE I had lost my passion for the business and I was going to going to do MMA but NJPW called and things are going very well for me over there and I think I’ll be there for a while.

What was it like when you and Tyson Kidd became World Tag Team Champions?

That was great, we beat Big Show and Miz to win the tag titles and that was such a great moment for us and for me personally as it was a title my dad held as well. We also had some great matches with Chris Jericho and Miz on PPV and on Superstars as well as some fantastic matches at the live house shows.

After our run as a tag team, I really enjoyed the feud with Tyson and we had a really good run on Superstars and at live events that were unfortunately just for the fans in attendance but they were some really good matches. It was always great to work with Tyson, we grew up together, learned how to wrestle together and broke through together. 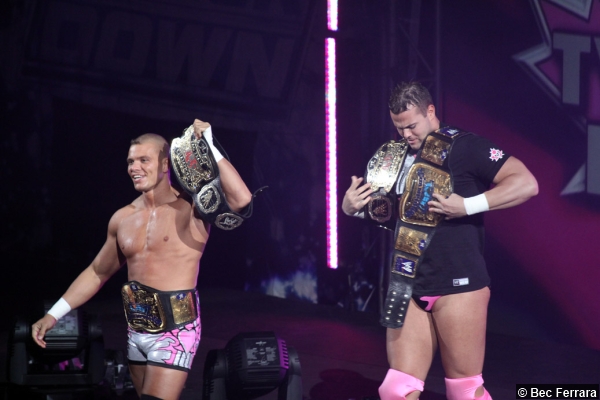 He was all about just making money of course and that’s business but I don’t really think he cares too much personally about the Superstars, maybe only a few. I don’t really think he gives a shit unless you’re making money. He’s been smart in the past and lasted through the wars with WCW and he has a way of always creating new things for the business so in that sense he’s good. I guess it is what it is and he is just being the boss, I guess you can say he’s an evil genius.

You are currently in Japan with NJPW, how would you compare NJPW and WWE?

I love it in NJPW, I’m glad it came into my life I first started in NJPW actually when I was 19-years-old, before going to WWE, Tokyo Joe sent me there and I got to wrestle Jushin Liger who actually wrestled my uncle Owen years ago and Chris Benoit, it is also where my dad and Dynamite Kid started.

My relationship with NJPW is really good and Lance Archer is a very good tag team partner both in and out of the ring, we click pretty well as a tag team. They really wanted a monster heel team in New Japan so I guess the timing was pretty good for us as Killer Elite Squad.

In NJPW it is a lot easier with the tag team matches as we get a lot more time than in WWE where you get about two minutes and that includes your entrance. Also in New Japan in the tag matches, you get the big saves which makes it pretty exciting, but in WWE for some reason, they have a rule that you are only able to make one save, that is where a lot of the magic happens with tag team matches with the saves.

You also did some work for TNA over in India, could we see you do more with them in the future?

I could maybe see myself doing some work with TNA in the future, I don’t think I’ll do anything with WWE, but I would definitely be open to doing some stuff with TNA. There is a lot of great talent in TNA that I’ve never had the chance to work with and that I would be more interested in working with than WWE guys. I’m not knocking any of WWE guys I’m just saying I’ve never worked with guys like, Kurt Angle, Samoa Joe, Magnus or AJ Styles, I think Bobby Roode is a great talent as well and my good buddy Luke Gallows is there. It’s just more interesting because I’ve not worked with those guys before so TNA is a possibility but WWE I don’t think so.

You’ve also been doing some MMA training, could we see you swap the squared circle for the Octagon?

Yes MMA is something that I would like to try my hand at, back in 2012 I was going to be fighting Dave Batista, there were going to be some MMA shows, but New Japan had contacted me about coming back and my first tour was the same time as his first fight and I thought if I don’t go to New Japan the opportunity might not be around next year.

I think if I give them enough notice they will let me have time off for MMA, so I definitely think it is something I’ll do, I’ve entered some more grappling tournament this year to get used to the competition and I live mixed martial arts. I think it is good to see guys like Rampage Jackson going to TNA, he has a great personality and I think he’ll do well.

I’d like to do both the MMA and still wrestle with NJPW, the mixed martial arts training is great and has helped me with my submission work, it really helps keep you disciplined and just learning it at first is kind of a humbling experience. It’s great for your conditioning, sense of mind, plus it’s always fun stretching someone but it’s not so fun getting stretched, you always want to get better so that doesn’t happen.

Do you think we’ll ever see your dad get inducted into the WWE Hall of Fame?

I don’t know, I really don’t know, hopefully, I will be around wrestling for a long time to come so it could happen in the next ten years, but I honestly don’t know. I would like to see Owen get inducted but I don’t think that will happen, his wife Martha would no way agree to it and I understand that’s her deal and she’s entitled to that.