Why Mark Henry deserves your respect

Even with all the accolades from the “legitimate” sport he excelled at and surviving the shoddy situations he was saddled with, there was still something missing. In 2005 that missing ingredient was added to the mix; Mark Henry got nasty and started laying waste to virtually everything and everyone put in front of him… until he cracked his kneecap in two and was put on the shelf again.

Fast-forward to 2007 and Undertaker has just survived a brutal cage match against Batista by the skin of his teeth as their epic series continued. Barely having time to savour the victory, a familiar theme tune rang around the arena and (to quote Jim Ross) business was about to pick up.

This was not “Sexual Chocolate”, this was not happy powerhouse fan-favourite… this was the rebirth of Mark Henry as “The Silverback” was reborn.

Destroying Undertaker and allowing Edge to cash in his second Money in the Bank shot, Mark Henry had announced to the world that he was back, that he was dangerous and people were going to get hurt. And that is exactly what he did as he racked up a very entertaining ECW Championship reign and a rather awesome World Heavyweight Championship run over the years, with the introduction of the “Hall of Pain” thrown in for good measure.

Great matches against the likes of CM Punk, Daniel Bryan, Big Show, Sheamus and (especially) Randy Orton cemented his current persona and showed that he was more than worthy of his spot on the roster. 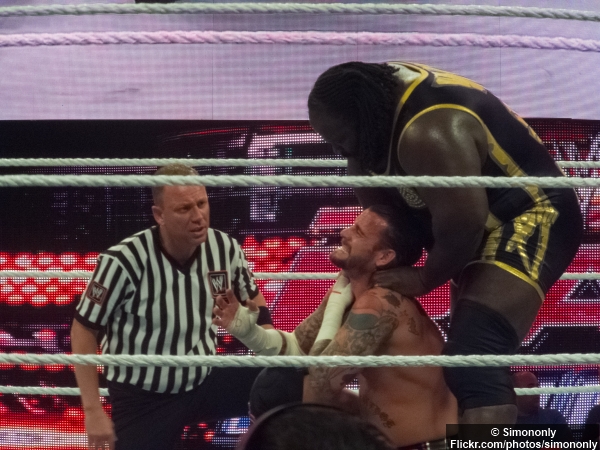 It was almost like Mark Henry suddenly realised that he was indeed “The World’s Strongest Man” and began to act like it; throwing people around like they were nothing and trash-talking all the way through.

The current persona is believable (which, as the old adage goes, is one of the main points in being a top guy in the wrestling industry), his one-liners are immense (c’mon, we’ve all quoted one of his gems), his moveset is perfect for his gimmick and you genuinely feel that this guy could rip people apart for fun.

From his amazing lifting records, being a pall-bearer at Michael Clarke Duncan’s funeral, a two-time Olympian, a seventeen-year wrestling veteran to his run as World Champion, Mark Henry has persevered and in the last few years has thrived in WWE.

His music just needs to hit and the mood legitimately changes as somebody is going to “get their ass kicked” when he reaches the ring. In some way, that’s testament enough to show that he’s doing it right.

After destroying an opponent, Mark Henry will often say “that’s what I do”. In this instance, what he does is deserve your respect and hopefully after reading this article, you’ll see it’s because he’s earned it.

Sources – Wikipedia (and sources linked from there), WWE.COM.