The title raises two questions right away… Does controversy really create cash? Given this book’s high placing in the New York Times bestseller list upon its US release, you have to surmise that it does. The next question would be: Does controversy create a good read?

Controversy Creates Cash – Eric Bischoff sets the record straight, as he has his say on how the WCW dream went down the drain. 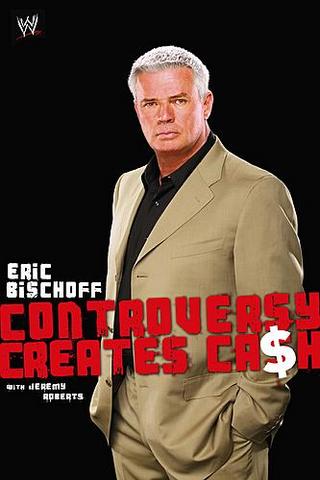 Well, gentle Wrestling 101 reader, I’m happy to say that it does. I’ve been looking forward to this book since I knew it was on the release schedule. Thankfully, it’s not a total washout, although there are obviously a few things that could be covered more in depth.

Eric’s life story is one of them. It’s quickly established who he is, where he grew up and how he ended up where he did – less than 60 pages and only two chapters cover Eric’s childhood and career up until the WCW years. Now, I don’t really have a problem with that – you’re obviously buying the book for the inside track on WCW, not what colour pyjamas little Eric wore as a 5 year old.

“The only drawback with competing as a gold belt is that they didn’t let you kick or punch your opponent’s head. I liked kicking people in the head, so I didn’t get real enthusiastic about the tournament format until green belt.”
— Eric Bischoff on his martial arts career

By the time the third chapter rolls around, you have an idea of who Eric is, what he wants from life and the lengths he’s prepared to go to get it, complete with the insight into his male modelling (yes, male modelling) career and short stint competing on the martial arts circuit. With that safely out of the way, we move onto the nitty gritty – the WCW years.

It’s fairly obvious that Eric feels he’s been a pretty lucky man, as according to him, almost everything fell into his lap, as a matter of chance. Not many things happened as a result of him forcing himself into contention, which tends to go against the impression of Eric’s early WCW career. Indeed, Eric spends a lot of time setting right what he perceives as wrong perceptions of him, his career and many other titbits of info that the ‘dirtsheets’ have accepted as fact.

Oh yes, one thing that is exceptionally strong is Eric’s hatred of the Internet Wrestling Community, and especially writers and ‘dirtsheet’ editors all over the world. Not a chance to take a cheap shot at them is passed up, one of the few people that Bischoff is not shy at poking at. It’s a strange departure for a “tell all” book to take the moral high road and not get involved in settling a few scores; Even more unusual when you consider this quote:

“My nature is to fight – I’d generally rather fight than have sex, on any given day. Good fights are harder to come by.”
— Eric Bischoff

Still, Eric does find the time to pick apart a few people – Vince Russo, Bill Watts, Sean Waltman and his agent, various WCW backroom staff, but his most precious time is saved for attacking Paul Heyman – Eric himself claims that he could devote a whole chapter to Heyman, and starts to cut loose on the Tribe of Extreme, before reeling himself in and calming down again in less than 3 pages.

The mention of ECW is very rare in this book – little mention is made of the plundering of the ECW ranks for Chris Benoit, Rey Mysterio, Dean Malenko and Eddy Guerrero, merely a passing word about their cruiserweight style being performed in “a few bingo halls in Pennsylvania” is about as far as it goes.

That’s my one problem with the book, if any. We goes into extreme detail about how it was the behind the scenes guys that were to blame for WCW’s decline – and to a point, if we believe Eric’s point of view, then yes, he’s correct – but the points that most wrestling fans want to get into – the feud with (WWE owned) ECW and (WWE owner) Vince McMahon are basically swept away. Bischoff’s one controversial point is to mention that he’s not sure if Montreal was really a shoot or not, but aside from that, there’s little or no controversy in his book.

“As underhanded as it may have been – italicize may, because I’m still not sure it was all that it supposed to be – at the end of the day it was just a wrestling match.”
— Eric Bischoff on the Montreal Incident

It’s obvious that the book is not an independently funded publication, where Bischoff would have been free to rant, pontificate and posture. What we’re dealing with is a slick WWE approved version of history – remember, history is always written by the winner – and as such, not many of Vince’s concerns are too badly picked apart by Eric.

I do get the feeling there is truly more to the whole Bischoff-McMahon relationship than either man will ever publicly admit to, and that independent book may just have been the one book that really did blow the lid off the wrestling industry. Sadly, we’ll probably never see that book, as Bischoff ends his tale recounting how he ended up working for Vince, who is naturally a fine man, and thoroughly professional and any other cliché you want to throw at your boss in print.

The bottom line though – is it worth buying? For all the problems I have with the whitewashing of certain subjects, it’s still a very good read. Ghost writer Jeremy Edwards does a really good job of moving the book along at pace, and it does still have the odd “wow!” moment scattered throughout its pages. For anyone with even the briefest knowledge of the WCW-WWE war, then it is a must get. Just don’t expect any shocking revelations…

Points: 8 / 10 – Great for the information junkie and casual fan alike.