WWE WrestleMania 28: Why The Rock should win 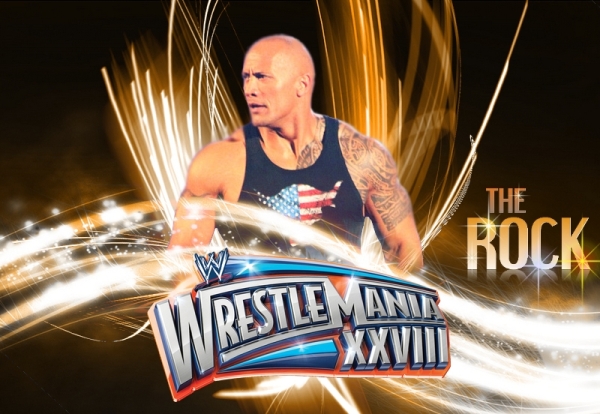 The short-term reasons for the Rock beating John Cena at Wrestlemania are relatively obvious. There are two major ones:

Now, we all know the wrestling cliché that no one ever wins in their hometown, but if there was ever a time to break that rule, it’s now.

Think back to last year, and possibly the most underwhelming finish to a Wrestlemania main event in history; a Dusty finish, followed by a run-in. People weren’t happy. If that was their level unhappiness for a funky ending, imagine the unhappiness of a Miami crowd witnessing the defeat of their greatest ever wrestling-export at the hands of someone as “controversial” as John Cena. It wouldn’t be a happy bunch of folks, and, if there’s any day of the year when the WWE wants to send the fans home happy, it’s Wrestlemania.

But, as I said at the start, that’s the short-term reason. We all know that the Rock isn’t hanging around, so is it worth it to put him over Cena just for the sake of one happy night? What ever happened to that great selfless tradition of always losing your last match?

Normally, those would be valid points, but we should remember, we’re talking about John Cena, the most hated public face of a company in the history of professional wrestling, a man so unpopular with massive parts of the wrestling community that, in large amounts, if not most, of the country, he’s booed more than he’s cheered. In the year 2012, it can be hard to really remember why people do this. Sure, Cena’s overly happy, he’s not a great wrestler, he doesn’t sell and he generally behaves like a clown at a five year olds birthday party, but, initially, another reason people turned on Cena was the perception that he was being over-pushed. Indeed, there was a period when, in true Hulk Hogan style, he was beating EVERYONE. And people didn’t like it. The talk of Super-Cena has mostly gone, replaced by the myriad of other reasons to dislike him, but most wrestling fans remember that era, and they don’t remember it fondly. As far as the male demographic is concerned, John Cena, the man they’re sick of seeing win all the time, beating the Rock, a genuine childhood hero of a vast of amount of people currently in their late teens, twenties and possibly even early thirties, would tip them over the edge.

If the WWE has proven anything with John Cena, it’s that beating people doesn’t help and, if anything, makes things worse. There are ways to solve the Cena problem (that’s if you even consider it to be a problem), but beating one of the most important men in the history of professional wrestling, in front of what will be a passionately partisan crowd, is not one of them. If Cena beats the Rock, guaranteed, he’s getting booed out of Miami, and he’s most likely getting booed out of plenty of arenas after that, with men turned fully against him, and, I’d imagine, a fair few women and children turning on him too, what with the Rock’s mainstream popularity, especially through his kid’s films.

Or maybe that’s what the WWE want.

Could it be that this will be the catalyst for that fabled heel turn from Cena that people have mentioned every eight minutes for the last five years?

Well, in my opinion, that doesn’t work either. As I said before, win, lose or draw, the Rock’s gone (although rumors suggest a possible SummerSlam return, which, given it not being in Miami, and being less of a big event, would be the perfect place for Cena’s revenge). A WWE without a babyface John Cena is a WWE without a front man, and the WWE ALWAYS has a front man. Whether it was Hulk Hogan, the Ultimate Warrior, Lex Luger, Kevin Nash, Bret Hart, Shawn Michaels, Steve Austin, the Rock, Triple H, Kurt Angle, Eddie Guerrero, or, indeed, John Cena, the WWE has always functioned as a company with a clear public figurehead. Some have been successes, some were failures, but they’ve always been there. If Cena turns heel at Wrestlemania, then who becomes the figurehead? CM Punk? He’s not enough of a company guy, and doesn’t have the right look. Triple H? His time has been and gone, and he’s clearly looking to wind down his schedule as it is. Santino!? Trust me, I know how ridiculous that sounds, but who else is there!? WWE is in a rut right now when it comes to established main-event, popular babyfaces, and now certainly isn’t the time to get rid of one of them.

Remember though, this is the WWE we’re talking about here. I’m not saying what will happen, I’m saying what should happen, and in pro-wrestling, those are two very different things. Do the WWE jump into the deep end and say goodbye to the attitude era by saying goodbye to their biggest babyface? Or do the WWE continue their recent streak of self destructive bitterness and say goodbye to the attitude era by driving away it’s last remaining fans, leaving the WWE with a younger (and smaller) audience around whom they can construct a new, child friendly era for pro-wrestling? Either way, Cena winning changes things for the WWE. The Rock winning, however, doesn’t.

I’m repeating myself for a third time here, but the Rock isn’t hanging around after this one. This isn’t a match, it’s a cameo, and in this post-sports-entertainment world, we all know that, in the grand scheme of things, a loss for John Cena doesn’t change anything. It doesn’t make him look bad, it doesn’t push him out of the main event, and even if there were negative effects on Cena’s legitimacy, they would be compensated for by a SummerSlam rematch, or a friendly make-up, leading to a tag match, teaming together; an approving tip of the hat from the star of the past to the star of the present, aimed to manipulate fan’s opinions of the Rock into vicariously boosting their opinion of Cena.

It’s relatively simple; this is no Warrior vs. Hogan. The popularity, or lack there of, of John Cena changes things. If the WWE sees this as a potential passing of the torch, they’re sadly mistaken. For a man so frequently criticized for being given too many victories, a win for Cena will do nothing to legitimize him, and, at worst, will turn even more fans against him (or at least increase the amount to which those who already dislike him do so). It’s a no win situation, no one sees Cena as having anything to prove against a guy like the Rock. In fact, a loss, a counter-point to the Super-Cena argument, could, if anything, even improve people’s opinions of Cena, proving his willingness to accept doing the job when it makes the fans happy, much like he did against CM Punk, and much like Shawn Michaels didn’t against Hulk Hogan.

With so much at stake, and with so many dueling opinions and variables, surely the best way out is the easiest; Finally, the Rock says goodbye to the WWE, in his hometown, in front of his home fans, being watched by the millions (…) of the Rock’s fans around the world who grew up with him, who idolized him, and can now, finally, have closure on what was, to many of us, the greatest era in the history of pro-wrestling with a meaningless yet joyous win; a happy, uncomplicated, happy ending.