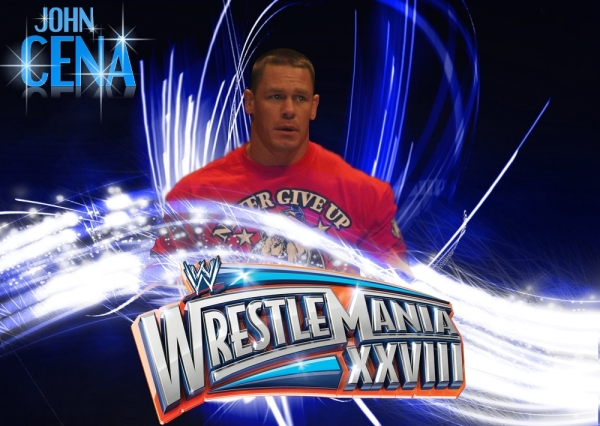 It may surprise you to be told, but the internet hasn’t always been a John Cena fan. Six years ago, the hate train was full steam ahead in its desire to tie the Doctor of Thuganomics to the tracks and use his head as a speed bump. Don’t say train lines don’t have speed bumps, either; you’ve clearly never been to Wolverhampton.

Back in those days – the good old days where hating Cena was not only a routine but a ritual in the same vein as shouting obscenities at Janet in the middle of the Rocky Horror Picture Show – yours truly was one of only a handful of faithful defenders of the Cenation, rigorously pointing out all of the great matches that he was having, and the business numbers backing up the demand for him to be champion instead of literally everyone else in the world. Cena was our modern day Rocky, our Hulk Hogan, our Tiny Tim. He was our underdog megastar, and you hated him for it. Yes, you did. Admit it.

One of my key arguments against the Cena haters was the pushing of a modern day dream match. Our new age champion, the best talker in the company, the biggest draw and the brightest star of the modern era, going toe to toe and microphone to microphone with the man who transcended the business in a way that Hogan and Stone Cold Steve Austin never could. The present against the past would be a collision of the most epic proportions. In 2006, I called for John Cena to face – and BEAT – Dwayne Johnson, aka. The Rock.

So here we are, in 2012, just days/hours/minutes away (depending when you read this) from Rock vs. Cena, one on one at Wrestlemania 28 in Miami, Florida. Is it the match that I was hoping for back in 2006? Not with the build-up we’ve seen in the last six months. But, come bell time, everything changes and the match itself should be everything that could and should have been asked for with the two biggest stars of their respective eras. Nothing changes that first moment inside the ring, nor does it change the proposed outcome. As much as it meant in 2006, it means all the more now – John Cena has to win at Wrestlemania.

I don’t care that The Rock is the bigger star. I don’t care that you will riot if Cena wins. It matters not one iota, because Cena has to get the win and get the win as decisively as possible. So what if they’re in Miami? It’s all the more reason for Cena to win the match. This isn’t about creating one big moment for fans to remember. With a good match and an intelligent finish, they’ll be talking about it regardless. This is about looking to the future, looking ahead and doing what’s right for WWE business.

I have no qualms with The Rock being a movie star. If he wants to make millions for dancing with Stephen Merchant instead of taking bumps for 200 days a year, all the power to him. His star power is going to make the show bigger than it has any right to be. But realistically, he’s not going to be back any time soon to reap the rewards. The company cannot build on the rare appearances of one man to bolster future business. Done correctly, the company could set Cena up to be the man who is having a dream match ten years down the line with whoever the new flavour of the week is. The match is primed for a proverbial passing of the torch, and anything less is damaging to long term business.

Say Rocky actually wins at Wrestlemania. The fans go home happy, the wrestlers enjoy their payday, and Vince McMahon laughs his way to the bank. What then? What happens the next night on Raw, when the cash cow of the business is faced with the reality that he lost the biggest match of his career? So the ‘babyface’ won. Where does it all go from there? They can’t do Rock vs. Cena again because everyone got the outcome they wanted. Short of a Rock heel turn which would be disastrous at this stage (why lose the remains of the drawing power that is very quickly eroding away on television?), he will be cheered throughout the match and utilised as one half of a proposed babyface vs. babyface match – even if Cena will likely be booed out of the Sun Life Stadium. Therefore, a good guy win is akin to the feud blow off and it’s not in Cena’s nature, or rather his character to bitch or moan if someone beats him fair and square.

If there’s no return match possible, that leaves Rock defeating Cena and then returning to Hollywood whilst Cena’s drawing power stabilises or, worse, diminishes at a time when WWE business needs him to prosper. Pay-per-view buys continue to spiral downwards and, as TV ratings prove, people aren’t warming to the likes of CM Punk or The Miz, irrespective of being victims to bad booking. The company is quite likely to hit a couple of financial quarters this year which will paint a damning picture of revenue streams and how much WWE needs something to hit big with the dwindling audiences. Beating the modern day top star with someone who does not need the win doesn’t accomplish this. Beating Cena means cutting off your nose to spite your face, or rather hitting your balls with a hammer just to prevent your ability to conceive. It’s stopping growth, and causing immeasurable pain in the process. No reward, just pain. Excruciating pain.

At Wrestlemania 28, whether fans like it or not, John Cena will pin The Rock (not make submit – pin!) and continue leading the company through to Wrestlemania 29, for which a rematch may or may not take place. If it doesn’t, and I have a gut feeling that it actually won’t, it makes no sense for The Rock not to, in the time honoured tradition of pro wrestling, put over the guy staying on his own way out. There may be a screw job involved somehow, which would lead to intrigue for both Cena and Rock in their future roles, or it may be clean. But the company has worked too hard in pushing Cena as someone worth cheering and rooting for, and has too much resentment for The Rock coming in and “stealing” a pay day (or, more realistically, giving everyone else a bigger pay day) to let him go over. Given how many jobs The Rock has done in his career, one more will not harm him. The damage to his drawing power has already been done, and nothing will ruin his movie career short of an ill-timed homophobic slur or borrowing Gary Glitter’s laptop. He has nothing to gain from beating anyone in the ring, let alone John Cena.

Will the fans be happy in the stadium? Probably not. But for the good of the future of the business, they’ll have to get over it. If pro wrestling peaks with The Rock winning at Wrestlemania, this may be the moment that we look back on in years to come as the moment wrestling started dying. There’s no turning back if Rock wins. John Cena has to win, to save pro wrestling and keep it chugging along. Let The Rock win a rematch if one occurs. Let someone get a rub from costing Rock the match. Just don’t, WWE, whatever you do, let The Rock win.

He shouldn’t and, in my opinion, he won’t. God help us if he does.