Most wrestling fans would have heard the like of WWE and TNA wrestling, but there is now a new show in town. Many people may not have heard of Lucha Future however the Mexican style Lucha Libre style wrestling will convert many fans straight away, with lots of high-flying action and entertainment.

Lucha Libre combines wrestling and ballet and it is a real art, it is truly a sight to behold, especially at the wonderful Camden Roundhouse venue.

Someone that has performed at the Lucha Future events previously and is looking forward to making a return is Cassandro. 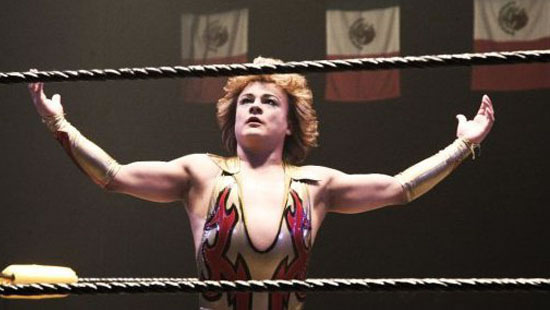 “Lucha Libre, has the wrestlers with the masks – which are very colourful,” he said. “There is lots of high-flying acrobatic wrestling, more than in any other federations. It is almost like a Circus Du Soleil show.

“Lucha Libre wrestling is not too much of a soap opera and there aren’t any storylines. Instead, it is very wild, you never know what is going to happen, what happens, happens.

“We have a lot of diversity, there are only three of us including myself that have been over before, and we have a lot of younger wrestlers over this time.”

Diversity is a keyword, as Cassandro is an Exotico wrestler, and he explains exactly what that is.

“Exotico wrestlers are like the Liberachi of the Lucha Libre world,” Cassandro continues. “I’m an openly gay wrestler and I perform in drag, but I’m not only labelled as an Exotico, I’m the world champion and I bring a lot to the plate, and I’m a crowd-pleaser. 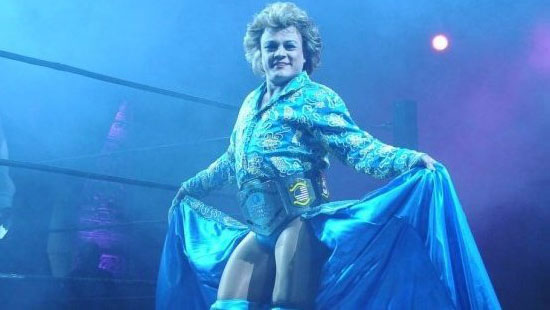 “Being gay in the sport of wrestling has made me stronger, but I struggled a lot in 1987 when I started. Growing up in Mexico I struggled with being gay and felt a lot of discrimination and rejection, a lot of doors were shut in my face.

“Someone finally looked at my talent and not my sexual preference and when somebody did that they knew I was very talented and I had a gift.

“For me, it has opened a new way for me to heal my broken spirit. Being gay where I come for is very traumatic and being abused as a kid sexually, verbally and physically, wrestling has been my best medication.”

However, Cassandro has used his experiences and has been a role model for many other young gay wrestlers.

“I have been in the business for 23 years, and during that time have witnessed many miracles,” the 41-year-old said. “There was many Cassandro’s back then that wouldn’t raise a voice.

“Today I receive lots of messages, and lots from people in London telling me, thank you for coming in 2008 I am now an official Exotico wrestler. So after all the pain and suffering now today I get to see the benefits of every struggle I had before.

“Today I have the freedom of being just who I am, a human being that is very loveable and talented, but also gay, and I have opened the doors to many people in Mexico, Japan and the UK.”

Cassandro first started wrestling at the age of 16 and was trained by Victor Ojeda and Rey Misterio Sr., uncle and trainer of popular WWE wrestler Rey Mysterio.

“Rey Misterio Sr. has trained a lot of good people,” Cassandro said. “I started at the same time as Psychosis and Rey Mysterio Junior.

“We trained together and wrestled together many times, and I’m very honoured to be part of that family.

“Me and Rey Mysterio Jnr. talk once in a while. The last time we talked was about a year ago. He was asking me for pictures of both of us when we started. He was in the process of finishing his book and he wanted some pictures. I was able to give them to him in person at a charity event for Rey Misterio Sr.”

And the current UWA World Lightweight Champion has no doubts about his favourite place to perform.

“Of course, London,” Cassandro proclaimed. “The Roundhouse, I love the UK, this is like my sixth time over there and each time I get to enjoy more and more of the people and the great sights. I normally stay for a week after the shows and just tour around.”

Lucha Future takes place at the Roundhouse in Camden over five very special shows in June 2011. Doors open for the shows at 7pm on June 24, 25 & 26 and for two special family matinee shows at 2pm on Saturday 25 & Sunday 26 June. Each show will feature all of the luchadors. Shows will also be taking place at Sage Gateshead and the Brighton Dome between 28th June to 2nd July.

To find out more about Lucha Future click here.