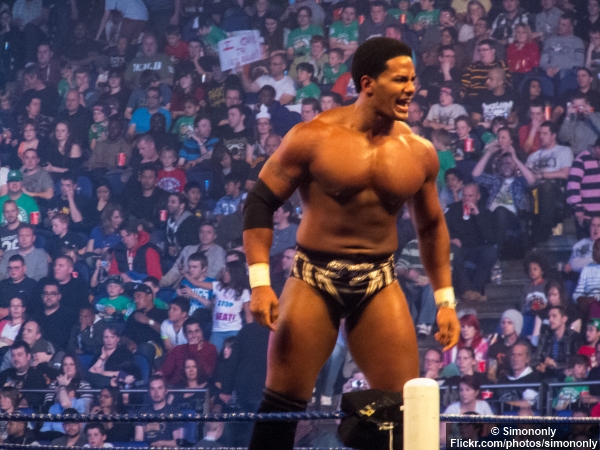 PWMania.com is reporting that, in an impromptu run-in with TMZ at LAX in Los Angeles (the site of this Sunday’s SummerSlam), WWE Superstar Darren Young made headlines by coming out of the closet, revealing that he is gay. The TMZ reporter asked the former NXT Rookie if he thinks that a wrestler can still succeed in the wrestling business if he or she is homosexual and the Superstar took this opportunity to reveal the big news about himself. The video, which can be seen on TMZ.com, depicts Young hesitating before making the admission, initially appearing amused by the question. The Prime Time Player answered the reporter’s question, saying, “Absolutely. Look at me. I’m a WWE Superstar and, to be honest with you, I’ll tell you right now, I’m gay. And I’m happy, I’m very happy.” Obviously, the reporter was a bit taken aback that his average assignment turned into something completely different as the story became Darren’s big announcement. Darren would also comment on how he will be received in the WWE locker room now that his sexual orientation is common knowledge, saying that the Superstars are all “adults” and that he does not view a person’s sexual orientation as being crucial in the WWE or anywhere else, saying that “business is business” and whether or not someone is gay does not change that. Darren also said that some people may not like it, but he is happy with himself and that he hopes that he is able to make a “difference” and his coming out should motivate others to consider coming out, as well.

This marks the first time in the history of any major professional wrestling organization that a wrestler has come out as gay while still employed by the company. After he was released from the WWE, Chris Kanyon portrayed a gay man on the independent circuit and, as a part of the gimmick, claimed that WWE fired him because he was gay. Kanyon would reveal that it was just a character initially, but Kanyon would ultimately retract the statements, revealing that he was, in fact, gay.

Do you think Superstars should be encouraged to come out as gay? Post your comments in the box below.