Wrestlemania 17 was the most recent Mania that rocked the world. If you didn’t get the chance to see it then do not fear its out on Video and DVD. The event featured two of the biggest icons to do battle as Steve Austin took on The Rock, it one of the most anticipated Wrestlemania rematches of all time. Also Triple H took on the Undertaker, and the McMahon family clashed once again, as Shane took on his father in a Street fight. 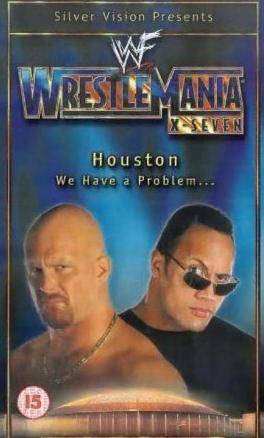 This PPV did not have many bad points but the biggest bad point, was the Gimmick Battle Royal. Just seeing Iron Sheik and listening to Mean Gene music was bad enough but seeing Sgt. Slaughter put that Cobra clutch on The Iron Sheik was terrible, by the way were was Billy Gunn in that match. The William Regal vs. Jericho match was not to hot either, don’t get me wrong, it wasn’t bad, I just think its hard for people to pull out a “Great” match with William Regal because of his style.

Chris Benoit vs., Kurt Angle was a good match, nice to watch the technical, amateur and brawling of these grapplers combined into one great match. Raven vs. Big Show vs. Kane was good for what it was; it was enjoyable to watch and had the fans on their feet.

TLC 2 was a fitting tribute to the superstars who competed in that match. As usually we got 100% from them plus the bonus of Ryhno and Spike was great. The antic’s and death defying moves were cool and this was another match to be classed as a classic from the 3 teams. Undertaker vs. HHH was quite a surprise; many people said that Taker would not pull off a good match at Wrestlemania, and I am happy to admit that they were wrong because I was shocked when we got a battle of two greats. Taker and HHH battled outside the ring and inside the ring and Taker got the cover to win with his Tombstone. Maybe Triple H carried the Deadman a little, but it always takes two to tango, and these guys proved they know how to tango.

The main event was one, which will never be forgotten; you will all know Stone Cold sold his soul to the Devil (Vince McMahon). But what was the match like? The match was good, two of the biggest superstars in the industry fought in an epic battle. A series of moves, signature moves and finisher’s gripped the 60,000 plus people in Texas. And all the energy of the superstars was put into that match its a must see for any fan of the WWF.

This was one of the best PPV’s in along time and I think will go down in history as one of the most spectacular and surprising. The main event captured the hearts of the fans because it featured the two biggest wrestling icons of modern history. As a whole it didn’t have that many faults, if you want to remember the WWF in anyway, then this PPV would be the perfect choice.