REVIEW: Vesper is a low-key sci-fi movie that maxes its potential

Low-budget sci-fi movies were already an endangered breed in the cinema, even before the pandemic hit. The era of streaming, coinciding with a bigger emphasis on tentpole franchise films than ever before has made studios incredibly wary to invest in marketing a small, original film. After the pandemic, there was even less of an incentive to support such films, as ticket buyers made it clear they were only interested in going out to the cinema if the movie was big enough to justify the hassle. Why buy the tickets and the popcorn and deal with all the people when you can sit at home, lights dim, remote in hand, and watch whatever you want from the comfort of your easy chair? Studios basically encouraged the death of the cinema by putting such an emphasis on their streaming services.

Netflix, HBOMax, Disney+ and the like have a new problem to contend with, though, and that’s the feeling that if a movie is released “direct to streaming” it’s probably not up to the standard people expect out of a feature film. Thus the catch-22: People want to watch movies at home instead of the cinema, but they also don’t want to watch a movie unless it’s good enough to have been released in the cinema. To be fair, Netflix especially has made this a problem by releasing more junk every day than people can keep up with, meaning the occasional gems rarely get noticed.

Vesper, on the other hand, is a gem from Amazon Prime, also known as the streaming service you have simply because you have the two-day shipping plan. 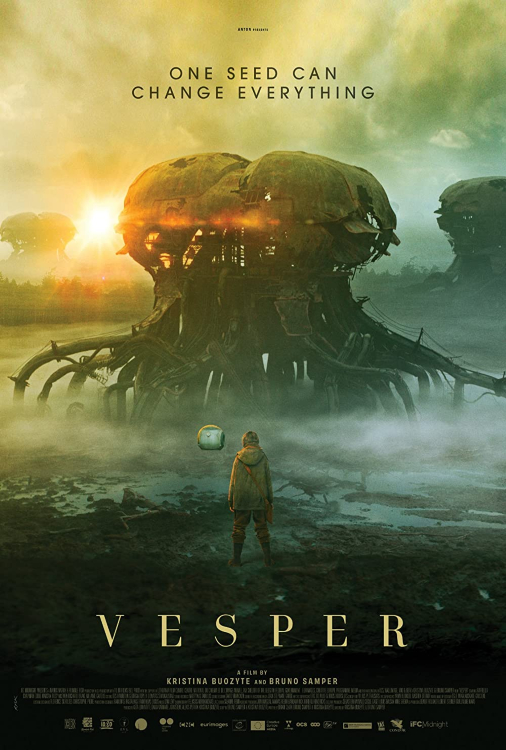 On paper, Vesper is exactly the kind of movie that would never see the light of day were it not for a streaming platform. Its budget is barely over five million dollars, featuring a small cast almost entirely comprised of no-name actors, and the story is entirely original. It’s also a sci-fi film, but not one with big spectacle, action scenes, or eye-popping effects work. There is a ton of effects work, however, but it’s presented in subtle, low-key ways.

That’s the best description of the movie, in fact: Vesper is “low-key,” and that’s no insult. The movie is deliberately paced, small in scale, and concerned more with its human characters than the fictional world they inhabit. Vesper is a rare kind of sci-fi movie that isn’t about the world but the characters in it. What I mean is, many movies in the genre spend much of their runtime focusing on world-building, giving us exposition about the how and the why, about the history that led to the way things are, about the politics, the economies, the rivalries, etc. Sometimes it’s interesting, and usually, it means the audience is in for a 2.5-hour movie with studio-mandated action scenes to keep the audience awake for the duration.

Vesper, on the other hand, lays out all the exposition it needs with a few lines of text as the movie begins. We learn the earth is in the midst of a new “dark age,” as a result of humanity’s failed attempts to ward off overpopulation and food scarcity by engineering genetically-developed plants, etc. Several synthetic viruses and organisms inadvertently were released into the ecosystem, crippling the population. The rich endured (as they do) by closing themselves off in “citadels” (sanctuaries full of food and comforts, tightly protected against outside intrusion). The rest of the world is forced to scavenge for food. The citadel provides “seeds” to the world, but they are specially modified (“coded”) to be limited in their output, presumably to keep the population under control and keep them dependent on the rich for their survival. 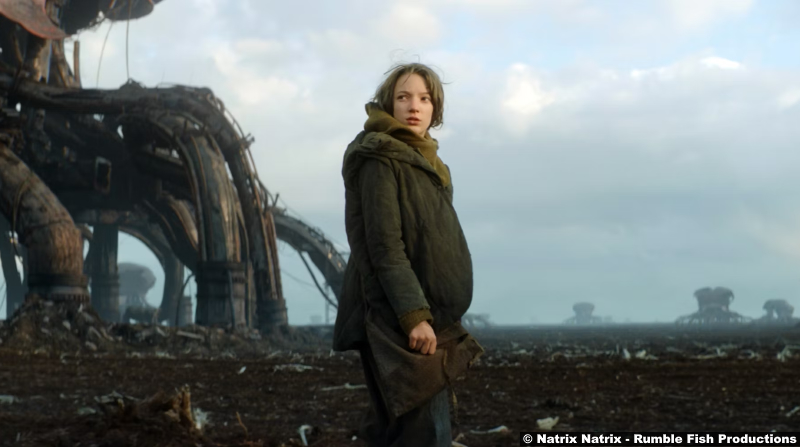 There are a TON of potential stories that could be told from a premise like that. A bigger-budgeted, more traditional sci-fi action movie would have spent half an hour laying out all the details that I summarized in a single paragraph. Then an hour would have been spent showing us the struggle to survive, before another 30 minutes was spent breaking into a citadel to confront the evil rich ruler, only to discover that they deliberately released the viruses that devastated the planet or something like that. The final 30 minutes would feature an extended action scene that ends with the uncoded seeds being released to free the world from the control of the citadels, etc, etc. Don’t get me wrong, that’d probably be a good movie, and with a youngish cast, it would be right at home with the glut of “YA” books/adaptations that flooded the market a decade or so ago.

Vesper is not that, however.

Vesper takes its intriguing premise and zooms all the way in, focusing on the struggles of a single young girl, whose father is paralyzed (yet whose consciousness is remotely-tied to a floating drone that follows her around and speaks to her for him), and whose uncle is a kind of gang leader in control of their greater area. There are fleeting glimpses of a larger world, with characters called Jugs who, best as I can tell, are essentially lab-grown people with limited higher brain functions, that are used as slave labor. What’s the deal with them? Where did they come from? How are they created? Those questions exist but the movie isn’t concerned with answering them. That’s not this story. This story is a slice of life happening inside this hellscape of a world, and even though our main, titular, character does take steps to potentially change the world for the better, that climactic moment is remarkably low-key and there is no hint that it is, in any way, a one-time insta-fix for all the world’s troubles. In fact, the movie frames the moment as more of a personal triumph than a globally heroic act. 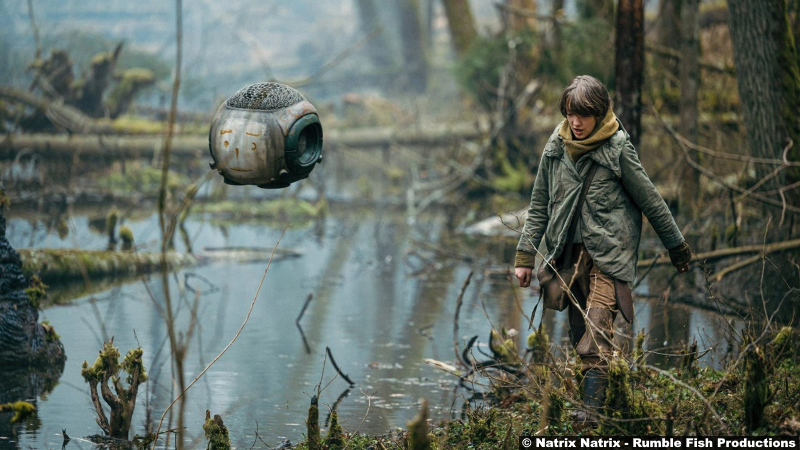 This isn’t that kind of a movie, after all.

Vesper is small in scale, while still having the wherewithal to look around every now and then and hint at a much bigger world out there. The movie is aided, considerably, by the cinematography and on-location shooting. Almost all of the film was shot in Lithuania (the homeland of the writers/directors), with computer imagery there simply to enhance the shots, adding some bizarre bio-engineered fauna here, or a distant Citadel there (the infamous sanctuaries are barely glimpsed at, a remarkable bit of cinematic restraint that could only have been done in an independent film like this).

While the film isn’t perfect, being hindered mostly by a pace that can be too slow at times, it is still a gorgeous film to behold, and a fascinating one to think about.

9/10 – Vesper is the kind of science-fiction movie that’s only possible thanks to the advent of streaming services. That’s both a blessing (it exists) and a curse (you might not know it exists). If you’re a fan of the genre—and I mean a real fan of the genre, not just of action movies with lasers instead of bullets—you would do well to seek this one out.