For the record, I went into this TOTALLY unspoiled. I hadn’t even watched a trailer. I don’t think I even saw the poster.

I’m glad I knew nothing as I sat down expecting nothing and halfway-figured I would be disappointed with yet another run-of-the-mill, cheesy, badly acted trope-filled horror movie. Instead…wow.

The biggest lingering feelings I have coming out of the movie are not about the plot, the acting, or anything like that. For me, it was the odd structure of the movie and how there are three very clearly defined segments only loosely stitched together. I didn’t necessarily dislike the format, and it’s good that the second one was so quickly funny in a black comedy sort of way to reel me in after the instant whiplash, but it was still an odd way to tell a feature-length tale. 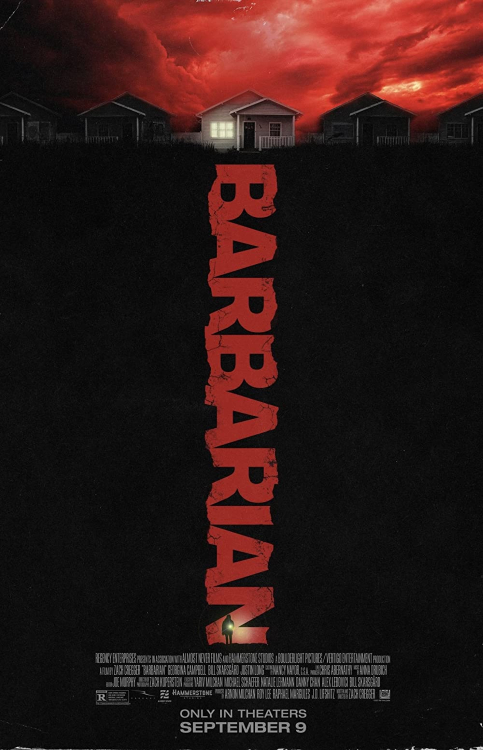 You can’t really talk about the movie without breaking it down along those lines, and that means spoiling things. So…

The first 45 minutes are some of the most effective tension-building/horror filmmaking I’ve seen in ages. Outstanding 100%. I loved(!) the subversion that Bill Skarsgård was NOT the creep that every red flag and signal he was putting up pointed him to be. I’m almost embarrassed that I was preemptively annoyed with the movie that it was making it so obvious he was the villain that the moment the actual monster (of a sort) was revealed, I almost applauded. Then the movie stopped. There’s a hard cut to black and, I swear, had the credits rolled right then I would have gotten my money’s worth. That was some of the tightest, best 45 minutes of horror I’ve enjoyed in a cinema in a long time. 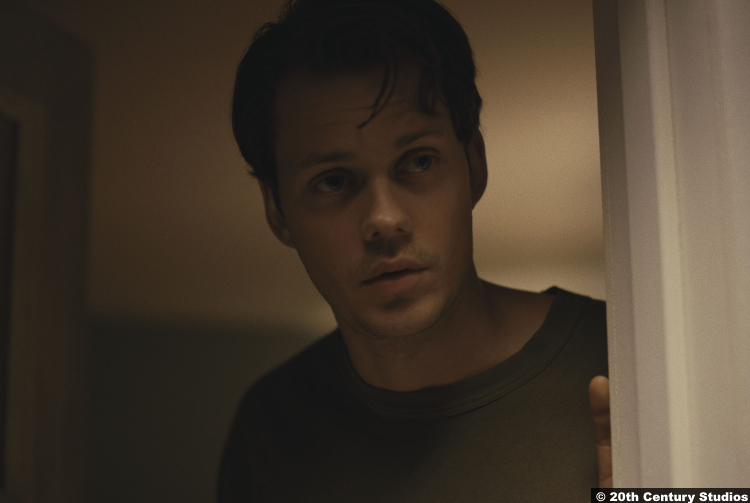 But the movie didn’t end there. It just started over. The same haunted house awaits a new protagonist. Unlike the heroine of the first act, who is instantly likable and someone the audience will be immediately sympathetic to (the film begins with her locked out in a rain storm for crying out loud), this new hero is anything but heroic. His story is also far from thrilling, suspenseful, or even horrific. Even when he finally finds his way into the darker corners of the movie do we not feel the tension and nervous worry that we had for the previous protagonist. In her case, we were anxious for her safety. In his case…we kinda wanted to see him die. The dynamic of the movie completely changed, taking things from a horror to a macabre comedy. It wasn’t as tight as the first act, but it was entertaining, nonetheless.

Then came the finale, a 40-minute mash-up of the first two acts, bringing the two heroes together for a showdown with the monster. As it did at the start of Act 2, the final third begins with a “reset,” as we follow another character living in the early 80s. We watch him go shopping and we wonder if he too will be a victim. We watch him buy baby supplies and we wonder why the movie is focusing so much on someone who is clearly not the monster at the heart of the picture. We watch him stalk a woman and make plans to kidnap her…and that’s when everything clicks. After jumping back to the present, the movie gets darker, both in terms of lighting and content. There are some grotesque shots saved for the ending of this movie, to the point where they almost felt gratuitous. There’s a moral dilemma one hero faces, as he wrestles with what kind of a person he is (and we wrestle with the same). Is he a good person who did a terrible thing or a terrible person who can’t admit that he’s not good? His true character is revealed in the most casually shocking of ways but it happened so late in the movie it was maybe the 20th most shocking thing I’d seen to that point (and I mean that as a compliment). 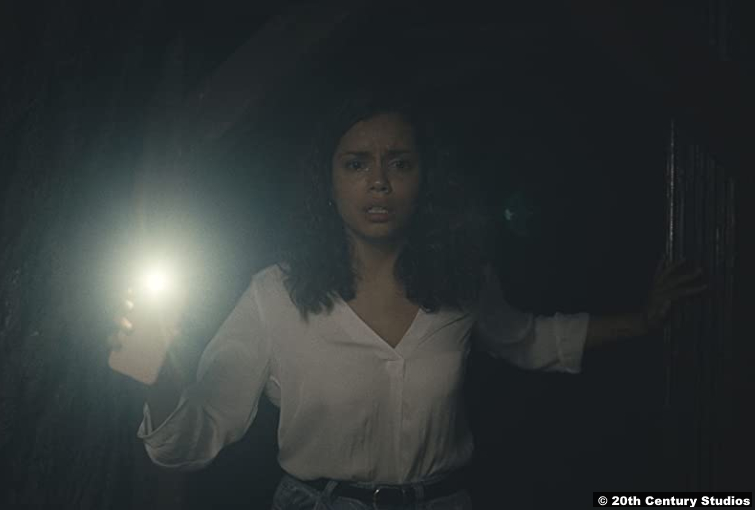 The ending—the actual “ending/final scene”—of the movie is easily its weakest part, feeling rushed as though a more satisfying conclusion was never imagined. Honestly, the movie feels like a great premise that the writer/director couldn’t decide what to do with, so he did two different things, one was a straight suspense/horror, and the other was more of a black comedy. Both worked, but that leaves a movie without a finale. The one we got was more rushed than the ending to An American Werewolf in London. To be clear: There’s a hard cut to the credits that I actually loved (as I did in American Werewolf) but the moments leading up to it felt like they were racing to the finish instead of letting the scenes breathe.

For those who skipped the spoilers, I gave Barbarian’s Act One a perfect 10, Act Two a solid 8, and Act Three a respectable 7. On paper, that seems like a movie whose quality faded as it went on, but I don’t want to come down too hard on it. This was one of the sharpest, most clever, most suspenseful, most bananas horror movies I’ve seen in ages. It wasn’t perfect, and it did struggle a bit to stick the landing, but it was fresh and genuinely surprising in a way a horror film hasn’t been since maybe Don’t Breathe. Averaging it out I think the movie deserves a…

9/10 – Barbarian is the kind of horror movie that hits all my sweet spots. At times, it was absolutely chilling, genuinely funny, and frequently clever. And never for a second was it ever boring.

A must-see for fans of the genre.