You can check out our review of the first two episodes of The Orville’s third season HERE.

I admit that I was a little nervous as I sat down to watch more of The Orville’s third season. While the first episode was great, it also sagged a bit in the middle due to the longer-than-usual runtime. The follow-up was far from great, as it not only suffered from being too long but also from having a half-baked story that failed to do its potential justice. I worried that the show had peaked in its second season and that the magic that produced such episodes as Krill, New Dimensions, Identity, Lasting Impressions, and Sanctuary was lost in the transition to Hulu and the long break between seasons. After watching the next three episodes, I’m happy to say that the show I fell in love with has regained its footing and is back to being some of the best sci-fi on TV, if not the best. 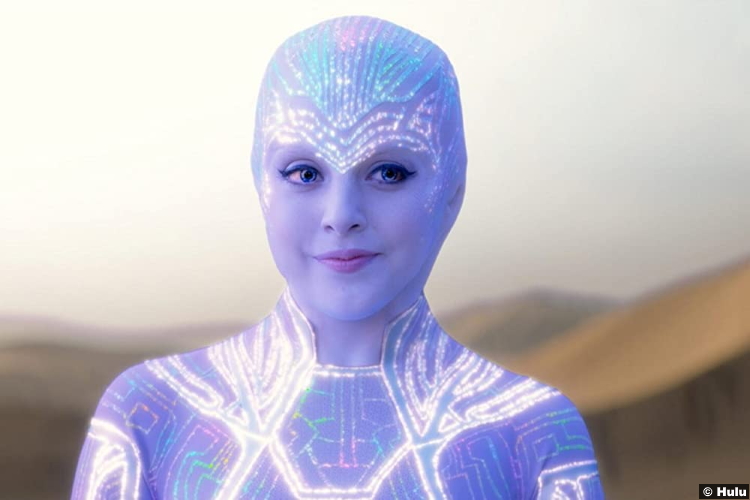 Here’s an episode that feels a bit like the old TOS episodes where the crew is forced to suffer at the whims of a powerful alien being. Episodes like Plato’s Stepchildren and The Squire of Gothos come to mind. Those shows tended to cut to the chase very quickly, revealing the evil mastermind early on while we watch Kirk and co. wrestle and scheme to break free. Here, the episode takes a page from TNG, which usually slow-played the mystery element, leaving viewers to speculate and wonder what is going on. Episodes like The Survivors and Clues come to mind.

I certainly spent the first 3/4 of the episode wondering and speculating, and even though the title offered a pretty big hint as to the “why” it wasn’t until the end that I learned the “who.” I was pleasantly surprised to see the mastermind be a call-back to a season one episode. One of these days I’m going to stop comparing The Orville to Star Trek and start comparing The Orville to The Orville. This episode was a big step in that direction. It wasn’t a perfect outing; the mystery element tended to get a bit redundant after a while, but it was enjoyable. 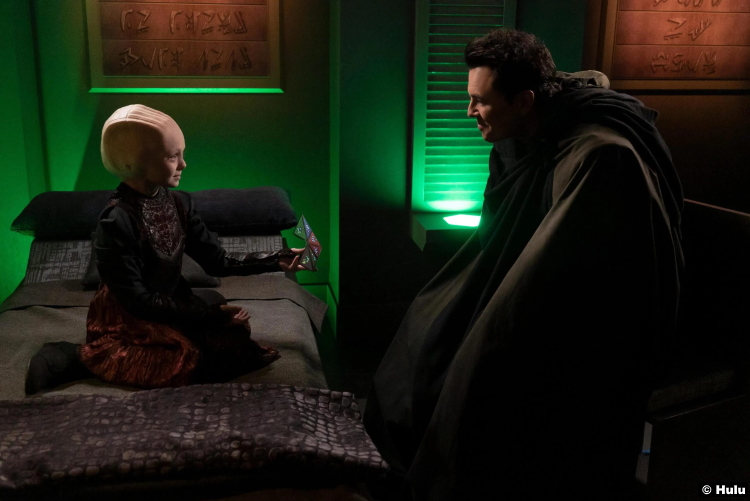 Speaking of call-backs, The Orville spoofs the 2016 US Presidental election in this one, but it’s the relationship between Ed and the newly elected Krill leader, Teleya, that stole all my attention. One of The Orville’s great strengths is how it refuses to have one-note bad guys (except the Kalon, who are one-note by design; that’s the point). The Krill have nuance. Yes, they’re still obviously cutthroat and villainous, but the show goes to lengths to give us motivation, turmoil, and, if not justification, then at least a point of view on their actions. It allows for much richer drama as a result. Throw in the already-established backstory, and toss in a shocking reveal that Ed has a child, and baby you’ve got a stew goin’. This was another hour-long outing but unlike in previous episodes, I never once felt the drag of it. If anything, this felt like an epic two-part episode trimmed down to a 1.5-episode length. In that respect, it felt tighter, not flabbier.

There are nits to pick, such as the absurdity of having foreign dignitaries in town during an election when the opposition has publically stated her total abhorrence to outsiders. It’s also ludicrous for the President of the Union not to have any more security guards than the pilot they randomly decided to invite to tag along. Those issues don’t matter. The story is solid and though the ending here satisfied, it’s clear that the Ed/Yeleya plotline is far from over. That’s something else I love about The Orville; it perfectly balances the episodic nature of its stories with plot elements that move in and out of focus whenever there’s a good idea to mine. It’s not serialized; it just has a well-developed universe of characters who exist outside of the bubble of the storyline currently playing out. Not even Strange New Worlds can handle its storytelling so deftly.

9/10 – The Orville knows how to build new storytelling layers on top of its handful of alien races. Nothing ever feels repetitive; it’s always familiar and yet always fresh. This was a great episode that added new layers to the Krill storyline. 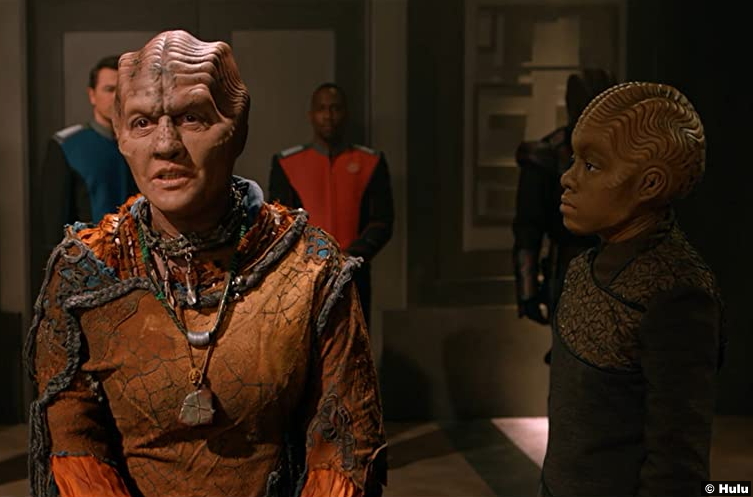 I think Seth McFarlane (who wrote and directed) deserves heaps of applause for the nuanced way he handled the issue of Topa. The Mochlans have been my favorite “alien” characters on the show, and every episode featuring them has been great. Their culture could so easily be treated as a one-note joke or a one-dimensional “token” race, but instead, the writers go to great lengths to show how a long-held culture can appear to outsiders, and how further contact with said outsiders can have an impact on adherents. TNG did this exceptionally well with Worf, as did DS9 with tons of characters. 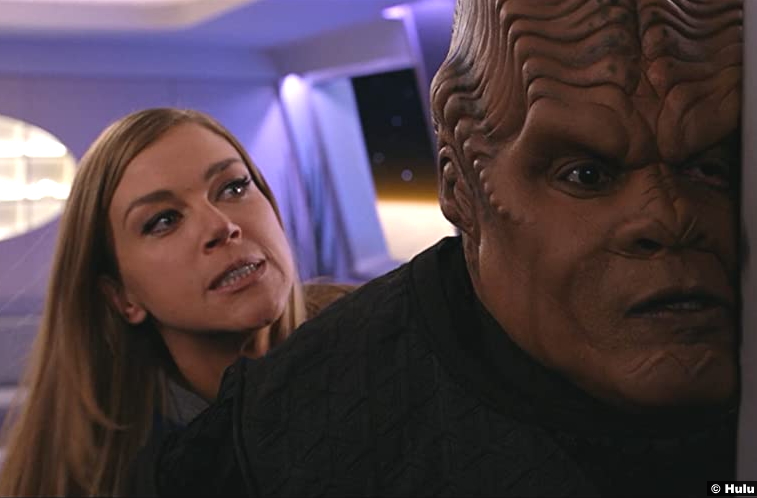 Even more remarkable is how the modern issues being allegorized here are not treated in unthoughtful, “so blunt it’s dumb,” black-and-white ways (I’m looking at you, Discovery), but instead as shades of grey, like how most of these issues are in reality (if we would only stop being so quick to anger and more willing to listen to each other). The lively discussion being had over this episode is proof-positive of the impact that well-done science-fiction can have on a cultural debate.

This was well-done science-fiction.

10/10 – “You are perfect,” Bortus said to his daughter, in a moment that brought tears to my eyes. His words certainly apply to this episode. 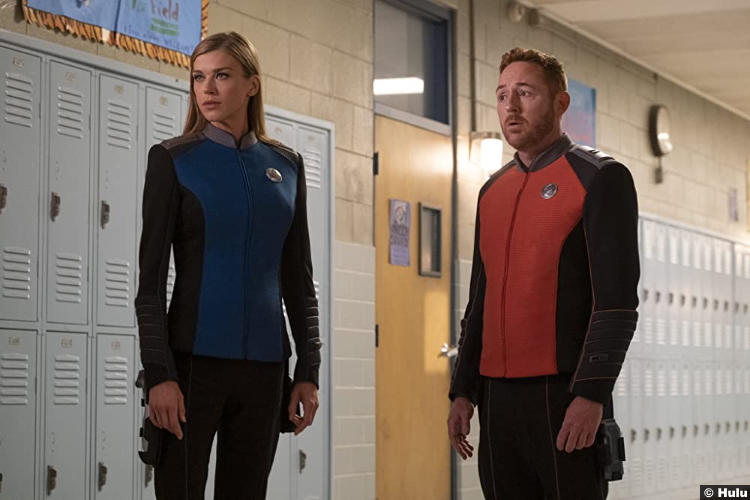