I started reading a book about a month ago. As I read a lot of thrillers, it’s not uncommon for some books to stress me out. I’ve read more than one that made me feel like I was having multiple heart attacks. But with this one, I just had to put it down for a while. I just couldn’t take the constant anxiety it was giving me. Last week’s episode felt a lot like that. This week, we have an entirely different blend of unpleasant emotions.

Davey has alluded to something he and Cassie need to do, another step in her healing process. It turns out that something is flying back home and cleaning out their childhood ephemera. As Cassie is hungover on a nuclear level, it’s hard to tell whether or not this is the best plan for her right now. For a variety of reasons, including getting her out of town while the double is still out there, Annie thinks Cassie should go. 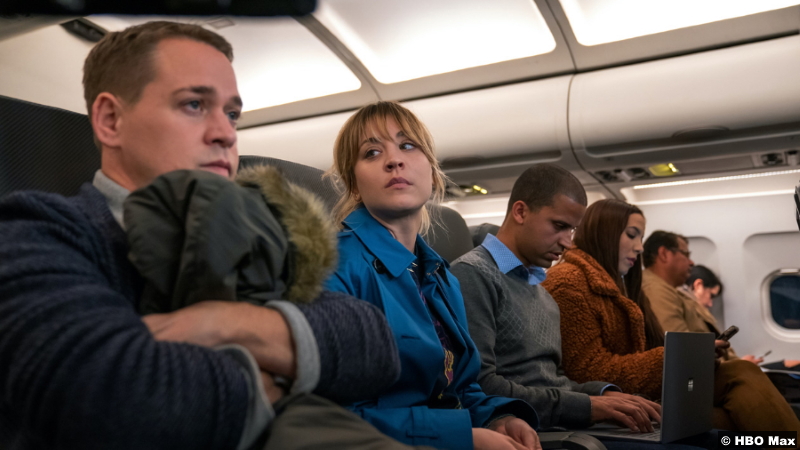 She waits until they’re about to take off before she confesses to Davey that her year’s sobriety is a lot less than that. But Davey’s hiding secrets of his own. And it’ll all come to a head just after an explosive family reunion.

In all the exploration of the childhood trauma that led to Cassie being a mess, her mother curiously hasn’t figured into the story so much. But once we see Cassie’s reaction to just the thought of seeing her, we understand that there’s a story here, too. And once we meet Lisa (THE Sharon Stone), we understand that it’s not a happy story.

Lisa looks just as upset as her daughter was, for one thing. She’s anxious and brittle and resists any attempts by her children even just to have a basic conversation. When she lambasts Davey in the kitchen for bringing her daughter, Cassie confronts her. And it’s here that reminds us why Sharon Stone is a damn icon. She and Kaley Cuoco are electrifying in this scene, as they cycle through decades of hurt. (Also, while T.R. Knight has fewer lines in this scene, he’s just as vital to it and to illustrating the ugly dynamics within this family.) 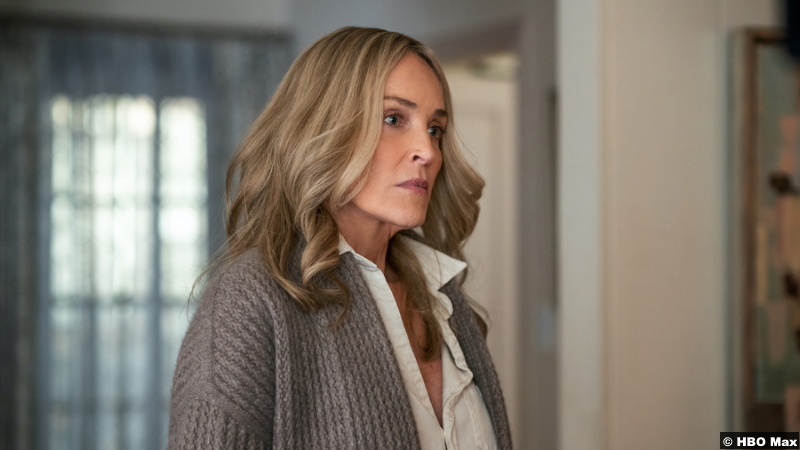 Like, look. I get that Cassie was probably a nightmare teenager. I’ve seen her as an adult, after all. However, as Cassie herself tries to say, she wasn’t made in a vacuum. Her father was a terrible influence on her, as we’ve already seen in the last season. Buuuuut, there was another adult in the house. Someone–ahem, ahem–should have been paying better attention and therefore, should have stepped in to shield Cassie.

Maybe it’s guilt that makes Lisa unable to accept this, unable to see herself clearly. Maybe she’s just a bad person. That’s certainly the impression we get once she dismisses herself from the conversation. After tenderly telling Cassie that she loves her, but doesn’t like her, she strokes her face, then slaps her. But then we (and Cassie) see her alone, weeping in her car.

What should be the next step here? I’m no therapist, but I think Cassie should keep trying. By that, I mean she should reach out to her mom more than once a year at Christmas. It’s going to be hard, and yeah, Cassie shouldn’t have to be the one who does all the heavy lifting. She’s the child. But she’s also a grown-up now, and I think the only way to prove to her mom that she’s changed is to prove it to her.

The Bowden drama, by the way, isn’t the only family trouble we encounter this week. Having made it to Long Island, Megan can’t leave without seeing her son. And it’s interesting, because so far this season, the show has shown Megan and her story like it’s thrilling spy intrigue. There hasn’t really been a moment where it (or she) has paused to think about what she’s left behind, now that she’s on the run.

It’s not just the fact that she had to leave her family, though. It’s how she left them. If you’ll recall, then you know she got all that juicy spy info through her husband’s work connections. In the aftermath, to no one’s surprise, he was fired and had to sell their house. Megan finds that Eli isn’t at swim practice because he had to quit the team and get a job.

These scenes with her son and then her husband feel kind of like the inverse to the Bowden scenes. It’s like Megan thought that with one tearful explanation for what she did, she could just slot herself back into her life. Her husband still loves her, but he also calls the FBI. You have to take responsibility for what you do.

All this heavy family stuff takes over the bulk of the episode, so much so that the mystery is basically an afterthought. Cassie doesn’t really have the bandwidth for it, anyway. That doesn’t mean that the mystery stops, of course. First, Max finds out through snooping through the Diaz files that they’ve been giving information about Cassie to North Korea.

That doesn’t sound right. Like, her? I know the most famous (fictional) spy of all time is a martini-sipping good time guy, but he’s also incredibly competent. Cassie is great, but her spycraft hasn’t always been the best. (Broken statue, red coat.) However, she’s going to need to get up to speed. 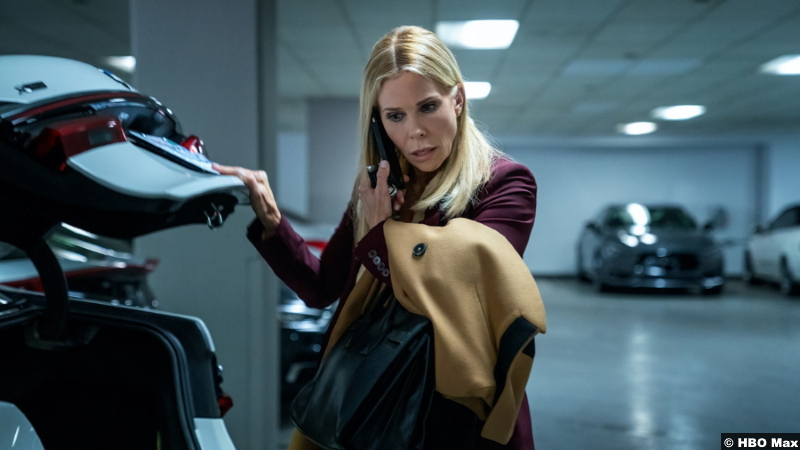 That’s because Dot calls to tell her that she believes that the Berlin explosion is connected to the Los Angeles murders. She also believes that Cassie shouldn’t necessarily trust Benjamin, who’s in the company parking lot watching Dot’s side of the conversation. Meanwhile, one of the bits of info that the Diazes had gathered about Cassie is her mom’s address. Then Davey points out that there’s a car outside, just idling.

The men inside just want to talk. You know, how you just chat while one of you has a gun. The Bowdens manage to get away, though, and safely back on a plane to California. Davey recognizes one of the slides as a boat registration number, which Cassie turns over to Shane. He can’t believe she’s even talking about that, though, because she’s got so many bigger problems. Like that the person of interest in the LA murders is basically a description of her.

It’s the doppelganger, as we know, of course. And as for her (?), she’s at that boat. That’s where she shoots Benjamin’s right-hand man before approaching the boat, where two other agents (?) are in discussion. So what is going on here? As Cassie finds more View-Master slides in her mom’s house, it occurred to me that this is all very elaborate. So who would go to all the trouble of putting this together and why would they do that?

9/10- It’s a testament to the writing and acting on this show that the scenes of interpersonal family drama are just as compelling as the cloak-and-dagger mystery element. Finding out, for example, that just like his sister, Davey chose to focus on anything but his own problems is so sad but feels right. And once again, I must say, SHARON. She apparently improvised that slap, by the way. Even before then, though, that scene was enough for them both to submit as their Emmy “For Your Consideration.”

And I’m not going to say what book I put down, because I haven’t gone back to it yet. But if you’d like to read a heart attack book that I did finish (without dying), then I recommend No Exit by Taylor Adams. It was recently adapted into a Hulu movie that also made me have at least one heart attack.