There have been a handful of animated TV shows to receive a full theatrical experience, but it’s a rare phenomenon, reserved for those shows that have transcended their station and slipped into the cultural zeitgeist of their day. Beavis and Butt-head had “Do America.” South Park had “Bigger, Longer, and Uncut” and The Simpsons—the crown jewel of American cartoon sitcoms—had “The Movie.”

Bob’s Burgers is the odd duck of the bunch.

The ratings are…fine. There’s nothing much to be said. The Sunday primetime show is hardly pulling in the viewership numbers that it did when it first aired (its early seasons averaged around 3 million viewers a week, and now that number is about 1 million), but that’s true of all TV; nothing is surprising there. What might be surprising, however, is how long the show has been on the air.

Fox has been airing Bob’s Burgers for twelve years.

It doesn’t feel like it’s been on that long. And yet, for comparison, the Simpson’s Movie was released after the show had been on their air for almost twenty years and in that time it had more than entrenched itself into pop culture. “Don’t have a cow, man,” Who Shot Mr. Burns?, the word “D’oh” being added to the dictionary; The Simpsons became America and America became the Simpsons. Coincidentally, the show hit its viewership peak in its twelfth season, when it averaged 14 million viewers a week. Still, it would be another six years before the movie came out.

What has Bob’s Burgers done to warrant a film release? In what ways has this little show about a perpetually anxious father/owner of a struggling hamburger restaurant and his oddball family infiltrated the collective consciousness of our culture to such a degree that a film was not only a reasonable next step but a necessary one? The fact is Bob’s Burgers is just a show. It’s hardly ubiquitous. What reason is there for a movie? I couldn’t tell you. 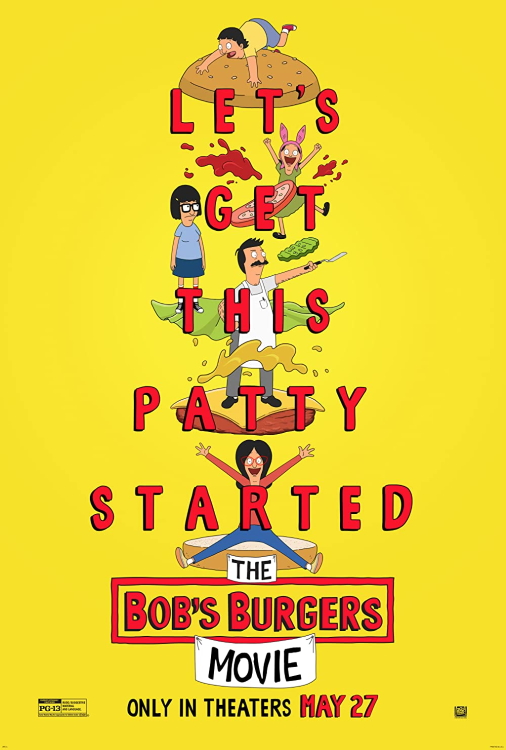 That’s it. That’s the review.

Bob’s Burgers, the movie, isn’t anything more than the weekly show, only this time with a plot that takes 90 minutes to complete instead of the usual 20 minutes. What that means is, as someone who loves the show I was more than entertained. Am I prepared to say I needed to shell out $12.95 to watch what is, essentially, a five-part episode of a show that airs for free every week?

Let me answer that question with a question: Have I shelled out $12.95 many times in the past for movies that left me disappointed, or even angry at how poorly made they were? Yes. Forgive me if I don’t mind dropping my hard-earned money on something that I’m confident will have me giggling for the duration of its runtime, cause that’s what Bob’s Burgers does to me every week, and that’s what this movie did too: It had me giggling for every one of its 90-whatever-minutes.

What is it I love so much about this show? I think it’s the perfect balance it manages to strike between absurd humor and genuine heart. Bob is perpetually put-out by his family and friends but you never once, for a second, doubt his love for them. His wife Linda is the most selflessly supportive spouse a TV family has had since Wilma Flinstone. She’s the glue of the family and a wellspring of optimism. 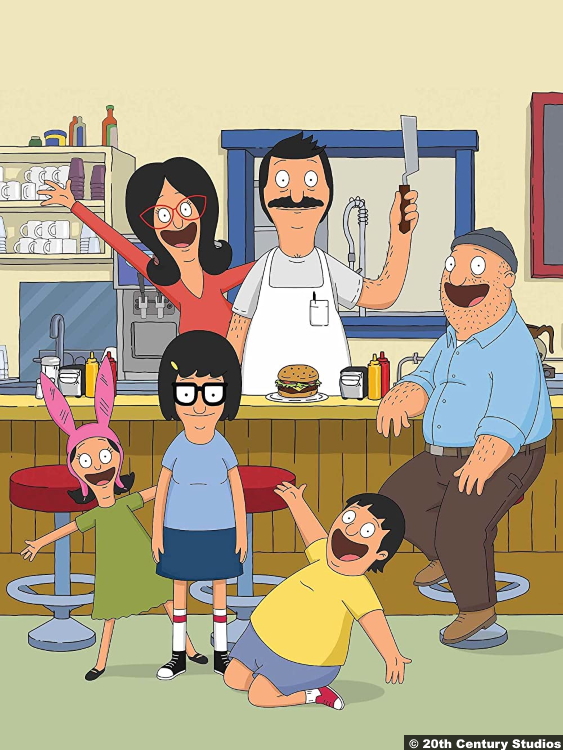 Louise is the youngest child, a wise-cracking, independent firebrand always ready to get into mischief. Gene is the middle child with a penchant for saying the most absurd thing at the most absurd times. He’s also endlessly creative and lowkey fearless (as opposed to Louise, whose fearlessness is usually an overcompensation for her insecurities). Speaking of insecurities, there’s Tina, the eldest daughter in the throes of puberty, constantly wrestling with the worries and angst that come with the age.

Together the family is a combination of combustible elements that ordinarily would rip a family apart. Instead, they’re thick as thieves. Unlike the Simpsons who, deep down love each other but usually act like they can’t stand each other, the Belchers are always together; rarely is there an adventure they undertake alone and always do they fight their battles with a quip on their lips.

It’s probably that odd combination of sentimentality and off-kilter humor that has kept the show from being the commercial darling that The Simpsons became. It’s certainly not edgy enough to compete with the marketspace that South Park has carved out for itself. It exists in its own little niche: A happy show about a (relatively) happy family that enjoys a love of absurdist humor.

I guess it’s just not a show for this boring old cynical world.

Ah well. It is perfect for me, and though I will not spoil the plot, I will say I’ve been waiting for this film for years and while it wasn’t as epic or cinematic as The Simpson’s movie, it made me smile and laugh the whole way through. And in a boring old cynical world like the one in which I live, that’s the best compliment I can give it. 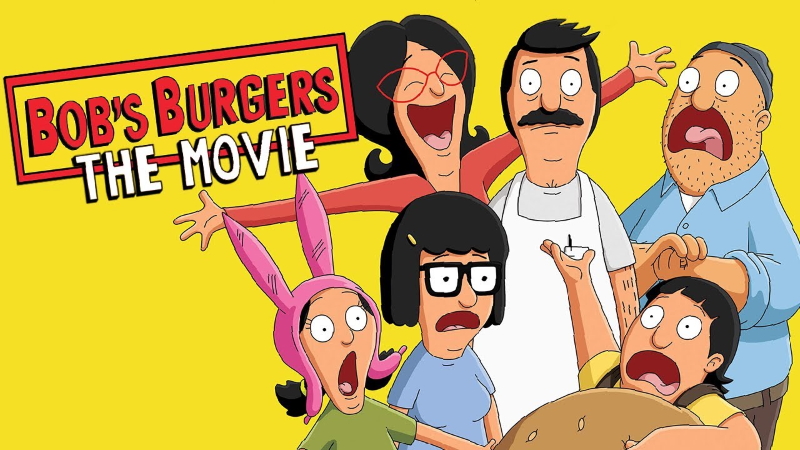