Loki S01E02-03 Review: The Variant & Lamentis – The show shrinks toward its second half

Loki is the strangest of the three currently available MCU shows on Disney+, and that’s saying something considering how bizarre WandaVision could get. Nevertheless, while WandaVision certainly was out there, it always seemed like it knew what it was and where it was going. It had a confidence that couldn’t be denied even while it asked its audience to watch a 4:3-ratio black and white send up to I Love Lucy.

I’m not getting a sense of that same confidence in Loki.

Granted, I’m only halfway through the show and it might end up being a marvelous bit of Marvel lore when all is said and done, but right now the same kind of intrigue that WandaVision had halfway through (the one that focused on Monica Rambeau), or the same kind of plot-acceleration that Falcon and the Winter Solider got as it hit the halfway mark (breaking Zemo out of prison and John Walker slipping deeper into the dark side) is not present. Instead, Loki’s third episode (of six) feels like the show is slowing down and spreading its plot out, like butter over too much bread, to quote old Bilbo. It ends with a cliffhanger of sorts, but not really; it sort of just stops where you’d expect a commercial break to be, and I’m sure the plotlines introduced here will be resolved next week, but I’m also sure I’ll look back on episodes 3-4 as an episode-and-a-half that got stretched to two.

Episode two is the stronger of the two, mostly because there’s a sense of “genuine” forward momentum: Loki and Mobius are on the trail of the “killer-variant Loki” and the “showdown” vibe is strong. The discovery that the Loki-variant is actually a female-Loki (not unheard of in the comics) adds a new wrinkle to the story. It ends on a strong note too, with Loki chasing after his quasi-doppelgänger and leaving me wondering where things will go from here. 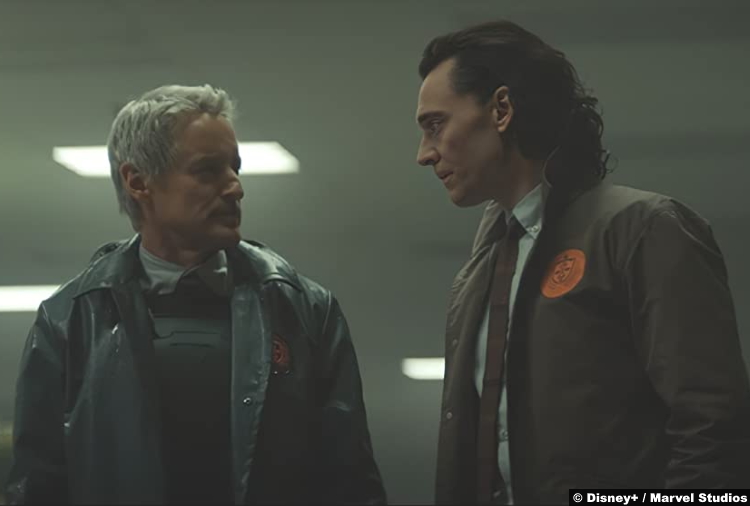 Unfortunately, they go to episode three, which is quite the misfire, with Loki and his variant (Sylvia) forced to work together to get off a planet doomed to destruction from a falling moon. And unlike in Majora’s Mask, they have only twelve hours, not seventy-two. The trouble here, compared to the plot of episode two, is this one feels contrived. The forward momentum is “artificial” because never do we worry that Loki will die in the destruction of the planet. On the other hand, we had no idea what would happen while he and Mobius hunted for the killer in episode two. 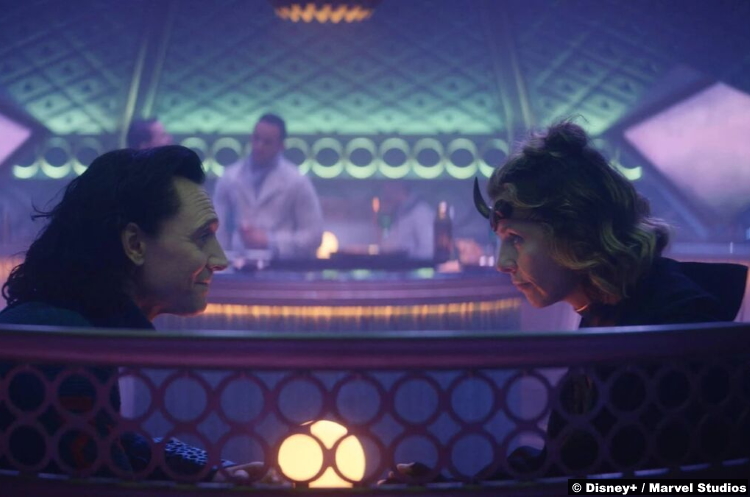 If the rest of this review sounds like I’m being overly critical it’s because I am. People are praising this show like it’s the greatest thing ever and I feel like I’m in the Twilight Zone, only sort of liking it. There’s a great visual flair to the show, and Tom Hiddleston is his usual excellent self, but where’s the beef? What is this plot really about, because if I sit through five average-to-good episodes where not a whole lot happens only for episode six to be an explosion of plot and significance, well…I’m just going to be a very unhappy camper. This is a TV show, not a movie, but it’s starting to feel like Loki’s writer(s) has a great last episode or two in mind and the rest is just the equivalent of the always-ignored “comic book prequel tie-in to the film.”

I don’t want to watch four or five episodes that probably could be condensed into a thirty-minute “act one” of a movie, before getting to the real story in the final episode(s), but that’s what it feels like, though I hope I’m wrong.

The first episode had a tremendous amount of promise, mainly due to its worldbuilding. However, the plot that has carried each episode has only managed to shrink that world with every weekly outing, to the point where we end up spending forty minutes with Loki and Sylvia buddy-copping it on a planet that doesn’t matter. If the point here is to introduce me to the Sylvia character, it only half-succeeds. I learn her personality, but that’s about it. Her goal remains elusive, as does her motivation, meaning she’s just…there.

The planet offers me nothing to sink my teeth into either, as it’s a previously unknown world to us, with no backstory, and no reason to care about its fate. It looks pretty, can’t deny that. Kate Herron, the director, has a great eye for blocking and knows just how much or how little to use the camera to maximum effect. I hope she gets a big MCU movie as a result of this because she’s great.

On the other hand, I keep reading about how wonderful the writer, Michael Waldron, is to the point that Kevin Feige tasked him with rewriting the next Dr. Strange and writing Feige’s upcoming Star Wars movie. But so far all he’s given me is clunky exposition and one hour of plot stretched out over 2.5 hours of runtime.

As I said, it’s possible the show is teeing up a banger second half, and it’s also possible that a lot of things that I thought were wholly inconsequential and filler will come back to be critically important to wrap things up. If so, I’ll revise my opinion. Right now, however, forget the fan expectations (which are rarely ever met because fan expectations are always too high), Loki is simply a show in the midst of failing to live up to its own lofty premise. Episode one built a great world to play in. Everything since has failed to do so in any meaningful way. 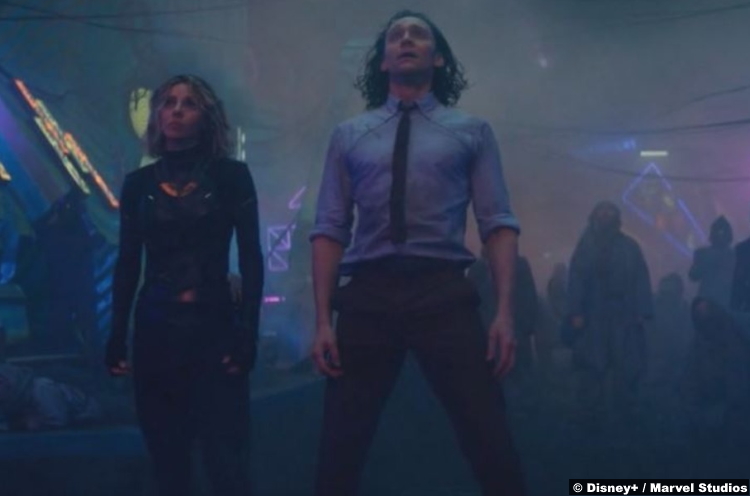 8/10 – Loki’s second episode builds on the “hunt the rogue Loki” plot but adds little to the world that was built in the first episode.

6/10 – Loki’s third episode feels like a show with a beginning and (hopefully) an ending, but not much of a middle.