Your SO OF COURSE preview of WWE TLC 2020

Your SO OF COURSE preview of WWE Survivor Series 2020!

Not a whole lot happened at Survivor Series since, ya know, the whole show was built around non-title exhibition matches. Now comes WWE’s annual December PPV which, for the better part of a decade has been called “TLC” because WWE has lost all ability to build to these sorts of matches organically and instead just creates whole shows around them in the hopes of popping a subscription to their increasingly overpriced streaming service. I mean, come on, Disney+ is only seven dollars. Is the WWE Network really worth ten?

Anyway, THIS is your SO OF COURSE preview of WWE Tables Ladders and is this really what we’re going to talk about, a PPV, and not the fact that AEW Dynamite just beat all three hours of Raw in the key demo for the first time, marking the first time a non-WWE product has scored any kind of a ratings win over Raw since WCW Nitro did it in October of nineteen ninety-eight 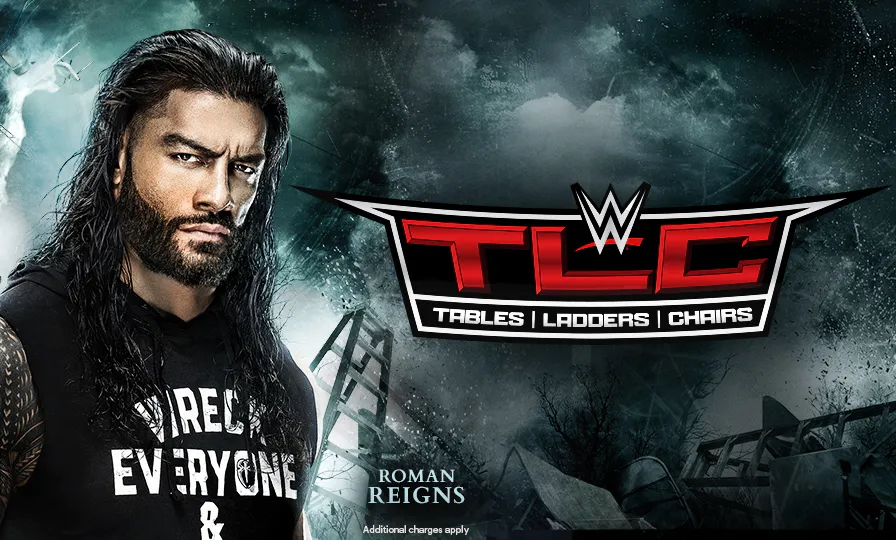 Personally, there are bigger things to discuss. AEW’s ratings win notwithstanding, there’s also the fact that the “t-shirt guys” (as Triple H demeaned them before they started weekly beatdowns of NXT) are in the opening stages of what promises to be a sprawling multi-company invasion angle revolving around new champion Kenny Omega. There is more buzz and excitement around AEW right now than Raw has had since Becky Lynch’s face got busted open. That was November of 2018, people. WWE’s momentum has stalled worse than at any point since late-2010/ early-2011, just before the Summer of Punk.

This means Vince will probably spend the holidays writing stupidly large checks to CM Punk and the likes in the hopes of popping a quick ratings win for his flailing Monday Night three hour snoozefest. Man, Raw turned into Nitro so subtly I didn’t even notice.

Anyway, let’s breakdown all the ways Vince can screw up the least-important PPV of the year…

What it is: I’m putting this one at the top of the show since WWE likes either to put their big title matches at the end or bookend their shows with them. This feels like a book-end, since it’s likely to be a hot match and a good way to open things.

That said, I can’t help but feel that Drew has been neutered a bit over the past few months. He lost and regained the title from Randy Orton for seemingly no reason and then ate a pinfall to Roman Reigns at Survivor Series last month. Why not just keep the title on Randy and let him eat the Roman loss? Why cut the legs off one of the new, fresh (albeit nearly a year old) main-eventers?

Who should win: Drew, not only because he doesn’t need to lose again until after WrestleMania at least, but also because AJ is over enough to absorb any losses at this point and just keep trucking.

THE FIEND vs RANDY ORTON

What it is: Oh gosh, this match. Whatever version of Bray or Randy this is, there’s never a good match that comes out of this. These two together are anti-fun.

Who should win: Us if we change the channel.

Who should win: The team with the mystery partner always wins these. It’s part of the tradition of wrestling that goes back decades. It’s a tried and true and ever-reliable trope.

What it is: Carmella has gone from a personality unique and memorable to being “scantily-clad woman #815.” She’s white noise after being technicolor. It’s a shame and not the only time in recent memory that Vince’s need to shake the wrong things up has resulted in a net-negative.

Who should win: Sasha is still the champ and in the middle of her longest reign ever as woman’s champ (fifty days). She entered and left a PPV with the belt for the first time ever last month, so now that the monkey is off her back, she deserves a long title reign ending at a WrestleMania defeat.

What it is: On the one hand, it’s the hottest heel in the company and the best version of Roman Reigns to date, taking on the always reliable and constantly underutilized Kevin Owens. I expect great storytelling.

Who should win: Roman, easily. Much as I love Kevin Owens, he’s obviously the sacrificial lamb here, tossed out there to make Roman look good on his road to WrestleMania.