December is done and it’s time to put a cap on the first full year of fighting between AEW and NXT. There were many highs for both brands, and a few lows as well. The pandemic that has seized the world crippled nearly every avenue of entertainment as a result, and live shows, in particular, were nearly stopped cold overnight. Slowly a few events have crawled back to some halfway sense of normalcy but in terms of wrestling, we’re still a ways away from having tens of thousands in stands cheering on body slams and suplexes. In the meantime, it’s safe to say NXT has stagnated while AEW has blossomed. The former feels like it’s taken three steps back while the upstart company has taken two steps forward. The result is a 2020 win overall for AEW, albeit one that was aided by NXT failing to distinguish themselves on the USA network. NXT did score a rare ratings win (by a whopping two-thousand viewers) on the last Wednesday of November, but the victory was short-lived as AEW dominated throughout December, including reaching the 900k viewer number twice (a feat NXT has yet to do in head-to-head competition with AEW).

Of course, all talk of ratings and content feels secondary to the news regarding Jon Huber (Brodie Lee in AEW, and Luke Harper in WWE). Huber had been battling an acute lung problem and had been hospitalized since late-October. He passed away the day after Christmas to the shock and heartbreak of his family, friends, and many fans. Huber was always on the list of talent being underutilized in WWE, who never seemed to know what to do with him or how good he could be if given free rein. His move to AEW was a welcome one and it’s terribly unfortunate that he was not able to enjoy many years with the company, growing into one of the brand’s top talents. The outpouring of love from wrestlers in AEW and WWE allows the fans on the sideline to know just how beloved the wrestler was with those who actually knew him. For the rest of us, who only enjoyed him through a television screen, he will be missed as a talented big man, a charismatic performer, and a true champion in the ring and out.

Which brand had the better final month of the year? Let’s break it down…

The TNT show had a doozy of a start to December. Their limited PPV schedule means getting to run mini-PPV like events on cable, usually to big ratings. That was the case on December 2 with the special episode “Winter is Coming.” The Dynamite Diamond Ring was on the line, Sting made his nineteen-year return to TNT, and the richest prize of them all changed hands as Kenny Omega defeated Jon Moxley to become AEW Champion. All of this was set to a Game of Thrones-themed backdrop (it helps to be a subsidiary of Warner Media, who also owns HBO) and the moment Sting stepped out to a flurry of snow was the moment AEW won this category. 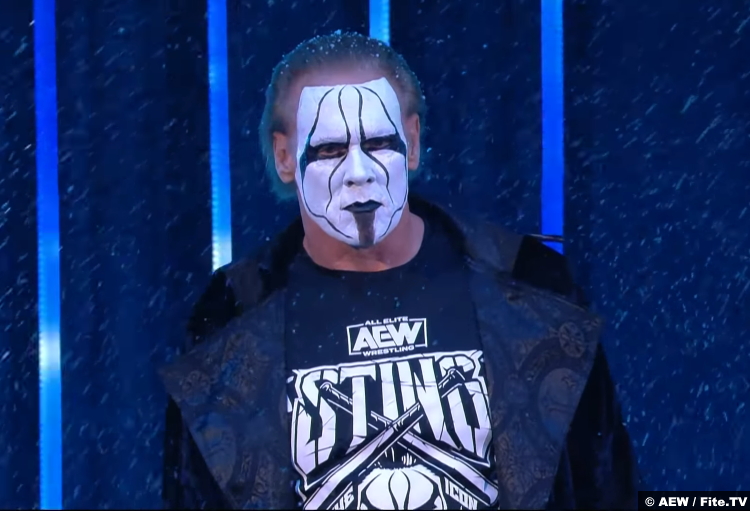 Even without Sting’s big return and the great visuals it brought, it’s remarkable how far the company has progressed in just a short period of time. Camera angles are more inventive but never obtrusive or obtuse, there’s a slicker, more professional feel to the broadcasts that simply wasn’t there throughout most of 2019. I’m looking forward to seeing how they handle things in 2021 as they, hopefully, start the transition back to more traditional arenas.

There was simply too much going on in AEW, as opposed to NXT this month. The aforementioned supercard at the top of the month was almost enough to win the category by itself, but then you throw in a killer Young Bucks vs Hybrid tag match the following week, a great MJF vs Orange Cassidy match, and Pac vs Butcher and it’s hard to compete. NXT had Rhea Ripley vs Dakota Kai, Cole vs Dream, and Pete Dunn vs Killian Dean, but nothing really felt fresh. A lot felt like wheel-spinning, in fact, which has been a nagging problem with NXT for a few months now.

AEW still has the advantage of being a new show with a lot of new performers so we’ll see how things are a year from now, after two full years of Dynamite have passed. Maybe by then NXT will have found its next big star or angle to build around and can give their TNT competitors a real challenge. In the meantime, this is all AEW.

“It’s Sting!” I screamed in my best Tony Schiavone impersonation. Take a little of that, add a little Kenny Omega winning the world championship, and you’ve got the makings of a hot show, whose momentum can carry them well into next year. Did I miss anything? Oh yeah, there was the invasion/collusion angle with Impact Wrestling! All of that kicked off a wild and wacky month of shows, making for an easy pick for the winner this month. The Impact vs AEW storyline could, if they want it to, be a year-long angle on TNT and…whatever network Impact Wrestling is home to. It could be big, and could be the springboard to launch AEW’s long-rumored second show. 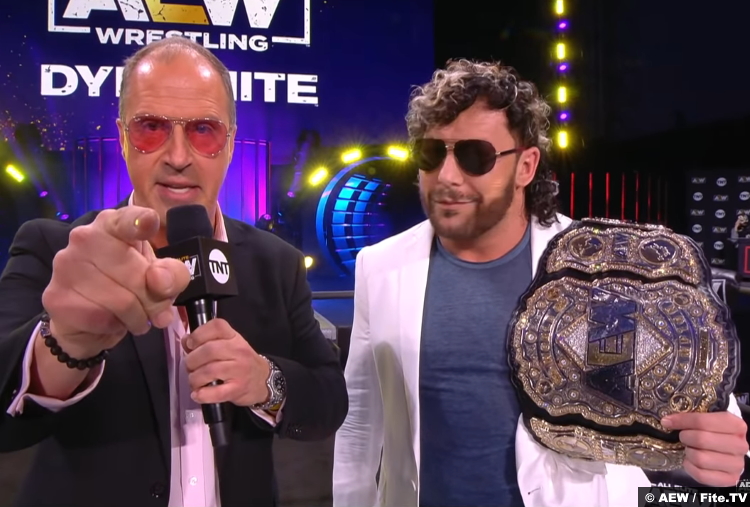 Personally, I’d debut their second show on Wednesday nights and move Dynamite to Monday, head to head against RAW. If they did, I’d give it three months before the ratings were essentially even, and four months before Vince started spending tens of millions to get Brock Lesnar and Ronda Rousey matches on free TV. He’d have to do something; he’s drowning on Monday nights as it is, without any competition.

AEW is winning the weekly fight handily. Sure, NXT occasionally (like fewer than five times in a year) pulls out a ratings win in the overall viewers, but in the key demos, the TNT show is aces. The brand is hot, the fans are loyal, and the sky is the limit for how high they can go. It’s been a great 2020, all things considered, and 2021 might be even better.