Who should be the NEXT world champion for AEW?

You might think it’s a tad early to start thinking about the future, especially since, with the way this year is going, we’re just as likely to see the planet struck by a sweet meteor of death before September. Nevertheless, I think it’s fun to speculate. For example, since AEW is still so new, they really haven’t yet established a precedent or philosophy for world title changes. After all, they’ve only had one title change so far. Are they going to pass the belt around more liberally now that the title has been established? Will they use short transitional champs like in the old days, or opt for every champion to have some kind of a “run” with the belt? We really don’t yet know.

What we do know, is that due to COVID-19, Jon Moxley has barely had the chance to put his mark on the title. Not only has the talent pool in AEW been handicapped, with many of the company’s foreign talents out of the country, but the lack of fans in the stands has made Mox’s first reign feel muted and understated, which are not qualities you want in a champ, much less one as naturally charismatic as he. Mox’s predecessor, Chris Jericho, had more than enough time to bring prestige to the title. I hope the current champ is given the same opportunities.

That being said, there are a few guys in AEW who would be excellent “next” title-holders, whether that happens next month (not likely), or maybe this fall at the All Out event, or even later than that… 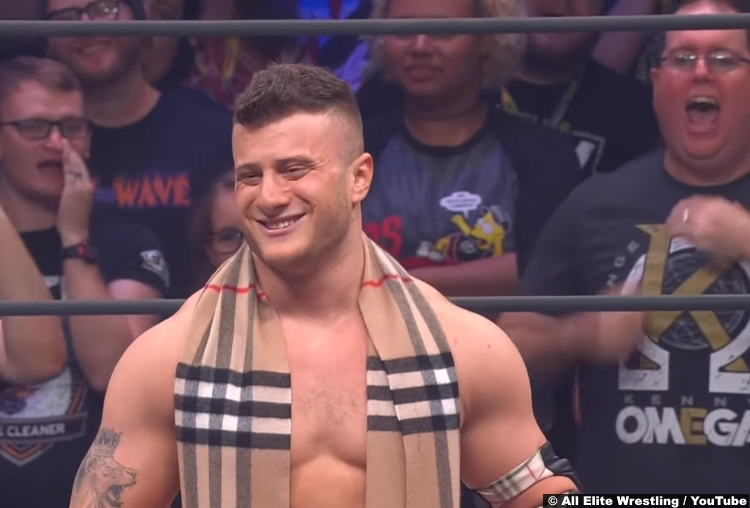 The top, most hated heel in AEW is not a hulking mass of muscles and bad attitude, but instead is a cocky little turd that literally anyone in the company could beat up, nearly everyone would happily beat up, but no one seems capable of actually beating up. When even the guy who kayfabe co-owns the company can’t win a match against him, you know you’re dealing with someone made of proverbial Teflon. And what do you do with a character everyone hates but which can’t be killed? You make him king of the world. That’s always the most interesting storyline for a villain. Lex Luther becomes President. Kefka breaks the planet. Palpatine becomes Emperor. Give your villain not just ambition, and not even just power, but ambition, power, and status.

How do you get MJF a pinfall victory over Jon Moxley though, without the entire match becoming a joke? I have no doubt AEW can avoid the pitfalls of “The Miz, WWE Champion” and I think the simplest explanation is the correct one: Wrestling history is filled with twerpy little heels with big muscly bodyguards helping them climb up the ladder.  Whether that’s Wardlow or some other goon MJF employs, all it takes is a heavy causing just enough of a distraction, costing Mox the title and giving the former-champion a quest for revenge with obstacles in front. 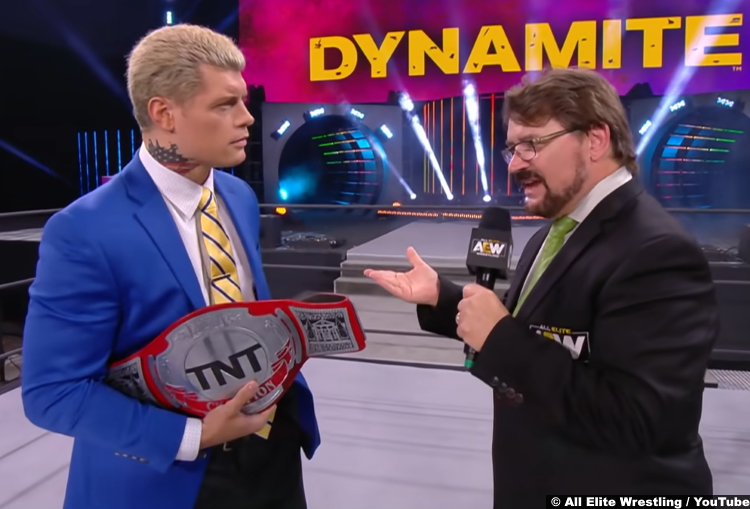 Spoiler alert maybe, but Cody Rhodes is not a babyface. If you don’t believe me just read between the lines of his promos, look at what’s bubbling under the surface. I’m telling you, when the day finally comes that he attacks a babyface and reveals his true nature, it’s going to be like that scene at the end of The Usual Suspects: All the pieces are going to fall into place and everyone’s going to realize how duped they were into cheering for him for so long.

Look at the wrestlers he has matches with. Other than MJF and a one-off with Shawn Spears, he takes on guys like Darby Allin, Jungle Boy, and Mark Quinn. He’s wrestling pure babyfaces…and he’s wrestling them like a heel. The matches have a classic 1980’s NWA vibe, except Cody isn’t playing the role of his daddy; it’s more like he’s aping classic Ric Flair whenever he’d squash a jobber to score some easy heat with the crowd. Even his character is a giant red flag…yet talking about he’s a man of the people, the grandson of a plumber: He walks around in $5,000 suits, puffing on cigars, with that ridiculous tattoo on his neck. I’m calling it now: The day will come when Cody will be in the ring with Jon Moxley, maybe after the two of them have fended off the attack of some dastardly duo.

And then, when Mox turns his back to Cody…

Everyone thought Cody was crazy to put that “never challenge for the world title again” stipulation in place so early in AEW’s run, but it’s the perfect setup for a heel turn and title win. 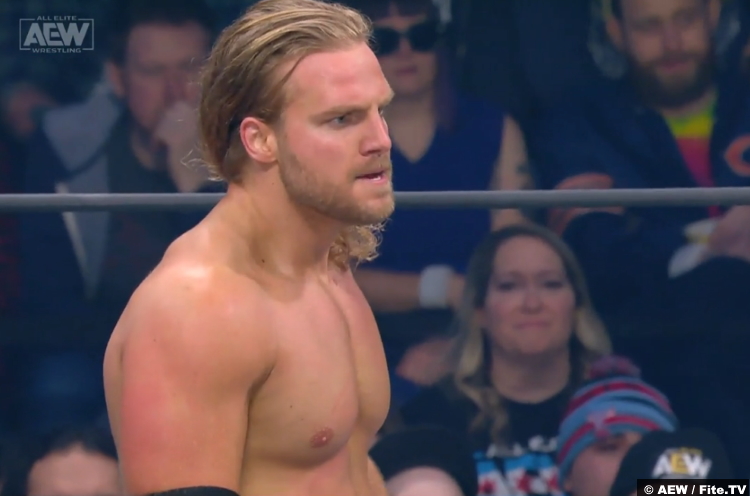 That might seem like the most obvious thing in the world, or maybe it sounds ridiculous, I dunno. All I know is, over the past several months I’ve seen something in him (and, especially, in the connection he has with audiences) that I haven’t seen in a long time. Having gone from an afterthought performer just one year ago to the hottest guy on the show is no small feat. That being said, lots of performers have gone from nothing to something in a year. What sets Page apart is how invested fans have gotten into his character and current storyline with The Elite. One year ago he was boring, stirring up little enthusiasm from the crowd.

Now…just watch this (and lament with me over how much wrestling needs a crowd to really work):

Tell me that’s not the second coming of Austin.

Page saunters down the ring, feigning inebriation, suckers the bad guys into a beat down (to the thunderous euphoria of the crowd) and then he flips off his supposed-friend and struts away. Austin used to say DTA (don’t trust anybody). He occasionally had allies and partners but he never had friends; he was his own man. The only thing that clip is missing is J.R. selling it as a loner going his own way, screaming over the screams of the crowd, the way he would have done on a Monday Night Raw in 1998.

Before the quarantine, three guys were getting the biggest and most consistent babyface reactions on the card: Jon Moxley, Orange Cassidy, and Adam Page. The first is the star who was never fully appreciated in WWE; fans naturally love him and want him to prove the doubters wrong. He’s also, arguably, the biggest babyface in terms of recognition. The second is a walking gimmick. That’s not to undervalue him or diminish his star power, which is extraordinary. In fact, I’ll go so far as to say that Orange Cassidy, if the story was booked right, could be a fantastic world champion. Still, I think everyone would agree the time isn’t ready for that yet. The other guy is the odd one out. Adam Page doesn’t have the fame of the former Dean Ambrose. He doesn’t have the meta-appeal of Orange Cassidy. He was, just one year ago, seemingly the weak-link in the Elite. Good, slow-burn storytelling has made him a superstar. It’s obvious even without the crowds around to cheer him on.

I don’t know if Moxley is the guy to feud with and drop the belt to Adam Page but I do know that Page is the real deal, and whenever his time comes, it might just be the crowning of a new face for the company.