AEW has committed themselves to put out only four PPV events per year, and considering the $60 price tag, and the fact that fans have been conditioned for over half a decade to think of PPVs as worth no more than $9.99, it’s a smart move.

As an added bonus, the extra few months in between each show allows the company to craft slow-burn storylines that reach a fever pitch right as the next super show arrives. For years fans have been begging WWE to book their stories with an eye toward three months, four months, six months down the line. In fairness, WWE’s “creative” team is so inept and hamstrung by Vince’s random mood swings and mind-changes that it’s a miracle if there’s a storyline that has a logical beginning, middle, and ending within even a one month window.

AEW has been in business for a year but they’ve only been on television since October. In that time they’ve run a single PPV, Full Gear, which occurred only one month after their TNT debut. It’s been nearly four months since then, making this our first opportunity to witness how well the company can craft a slow-burn storyline.

If Revolution is the indicator, fans have nothing to worry about. 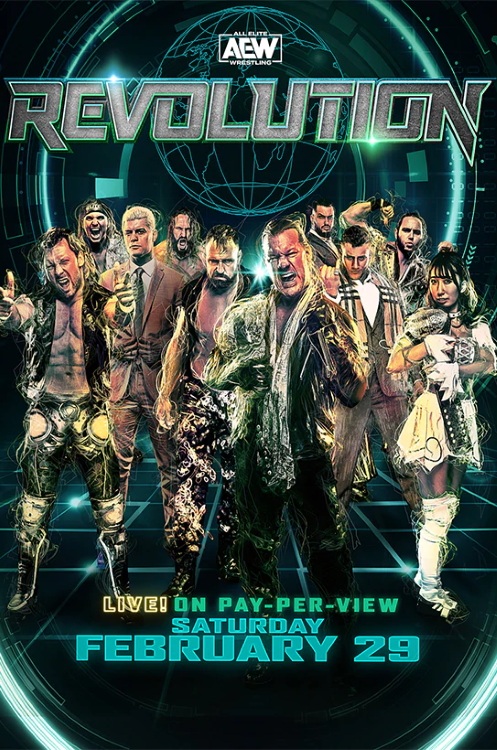 The show was phenomenal; easily it was their best since Double or Nothing, and might’ve even surpassed that great event. Here are three big takeaways from the event, all pointing to good things to come for the hot new wrestling enterprise…

Hangman Adam Page went from being a guy getting a polite but lukewarm reception from fans in the first days of AEW, to being, arguably, the most over guy on the show one year later. When we first met Page he was earning his way into the AEW World Championship-crowning match with Chris Jericho. To say fans were conflicted would be an understatement. The consensus was…there was no consensus. Half the fanbase wanted to see the veteran Jericho win, thinking he’d be the perfect guy to bring instant-credibility to the title, while the other half of fans were worried about what it would look like putting the title on a semi-retired, past his prime guy best known for being from another promotion.

As it turned out, the latter fears were unfounded; Jericho was the perfect inaugural champion and will be looked back on as someone as pivotal to the company’s early success as Terry Funk was to ECW. The thing is, though, if you look back on the hand-wringing about the inaugural-title match, 90% of the talk centered around  Jericho; Page was an afterthought. He was seen as a bit too vanilla, a bit too unremarkable to be the champ. Most wanted to see Kenny Omega vs Jericho be for the title; no one was really actively rooting for Adam Page and when the match came, his crowd reaction was tepid at best, with most of the heat being directed solely at Jericho.

What a difference a year makes.

Through simple storytelling, and—most of all—patience, Page won the hearts of the AEW fanbase. In what was, easily, the hottest match of the night, featuring Kenny Omega and the Young Bucks, it was Adam Page who had fans hanging on his every move, reacting to his every taunt, cheering his every offense, and booing every time he took a pounding. He was the most over man in Chicago since CM Punk in 2011.

It’s a turnaround that wouldn’t have happened had his character not been allowed to evolve slowly over the course of these past several months.

LISTEN TO THE FANS 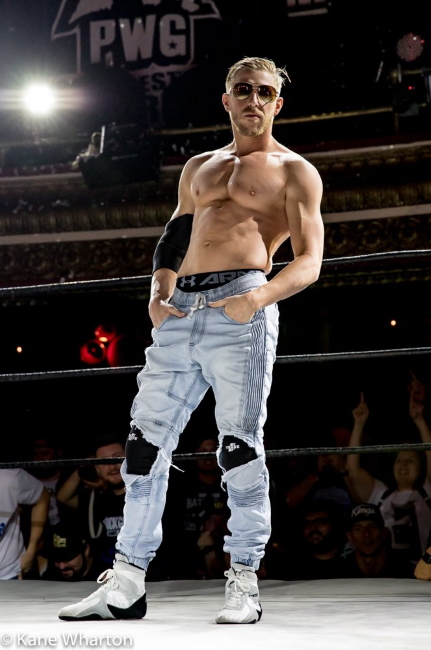 If not for Adam Page, the race for hottest performer of the night would be neck and neck between Darby Allin and Orange Cassidy. I don’t want to make this too much of a WWE bashing thing but it needs to be said, for comparison purposes, just how mistreated these two guys would be in WWE.

Allin would be a cartoon character, cutting stupid wannabe-goth promos written by old men who have no idea how to relate to his character.  He’d also probably get some stupid single-name moniker like “Darby” and would lose basically every match. He’d be a jobber to the stars, no more, slightly lower on the totem pole than Ricochet is right now.

Orange Cassidy would be Santino Marella. He’d be Gillberg. If there was still a Sunday Night Heat, he’d be there. He’d never show flashes of greatness as he did against Pac. He’d be stuck as the “guy who doesn’t care” and come out to increasingly smaller reactions every week until “Cassidy” (as he’d be known) was a guy you never saw except when there was a battle royale. He’d be stuck in catering for the duration of his five-year contract.

In AEW, performers are given the freedom to be themselves. What works in front of 150 fans can work in front of 15,000 fans with the right commitment and trust from the boss. Both guys have made huge names for themselves in less than a year and, in the case of Darby, it’s because a concerted effort was made to get him over (whereas WWE would have decided he didn’t deserve to get over, no matter how popular he might be). In the case of Orange Cassidy, AEW just got out of the way and let him do his thing.

The fans love these performers and that’s why they’re being pushed and protected. How novel.

Cody vs MJF felt like a WrestleMania blood-feud fight, in that it was a big, bombastic, gimmicky, spectacle of a match, heavy on storytelling and pathos and less about technical wrestling. It’s the kind of big match that his daddy made his name having, but centered around a core story/blood feud.

The whole show felt like AEW’s WrestleMania, in fact. That’s probably because so many of the matches had literal months of build-up. WWE only puts that level of work into a PPV in the extended time between the Royal Rumble and WrestleMania (and even then they have one or two shows to keep their lazy writers busy in the interim).

If we get this every three months I’ll be ecstatic, and the fact is we very well might. If the storytelling stays at this level, with three months of buildup every time, we’re looking at having not just one PPV a year being a big, important show, but every PPV.

Revolution ran about 3.5 hours, or half what WrestleMania is expected to go this year. By the time Mania’s main-event finally arrives, you can be sure the fans in attendance will be exhausted. Many of them will have left, in fact; that’s partially due to tiredness and partially because the main-event is typically not what fans care about, but I digress. Seven hours is just too much Wrestling.

The Chicago crowd for Revolution was on fire all night long, losing no energy at any point, not even during the matches that followed the hottest fights of the night. The passion of the crowd carried over into commentary, into the performances in the ring, even to those watching at home: A hot crowd can make any good show feel like a great one. Many WrestleManias that might’ve been regarded as great are, in fact, thought of as subpar, mostly because they overstayed their welcome.

10/10 – AEW’s first slow-burn PPV was a smashing success, setting the stage for more greatness to come.