All this has happened before and all this will happen again. 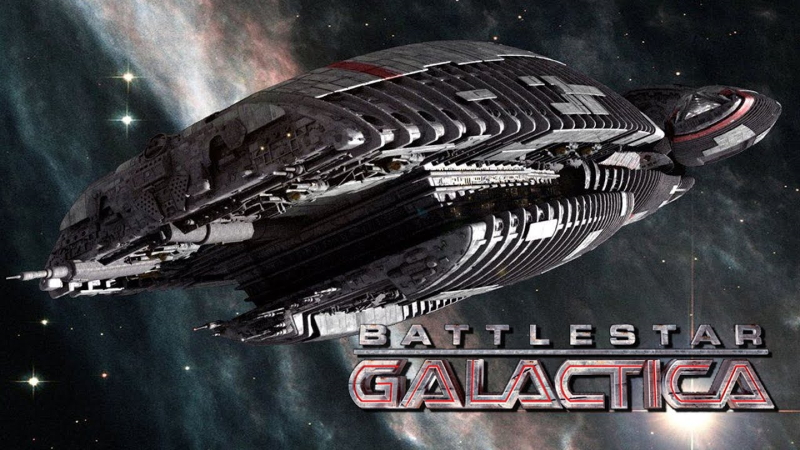 It was a little over ten years ago that the previous relaunch of the franchise ended its four-season (six-year) run. When Universal last announced a reboot of the show, fans of the original were up in arms. The new BSG would feature an entirely new cast, a new story, new Cylons, new Starbuck, new everything. Well, not everything. In fact, if you look at it with an unbiased viewpoint, the fact is the whole skeleton of the original story was still intact. Show creator Ronald D. Moore (longtime Star Trek TNG and DS9 alum) likes to call it, not a remake but a “reimagining.”

I approached the show without any bias, except perhaps for an appreciation for Moore’s Star Trek episodes. The man wrote the book on the Klingon “honor” culture, scripted some of the very best episodes of the franchise (including Tapestry, Yesterday’s Enterprise, Redemption 1-2, Chain of Command 1-2, All Good Things…, Trials and Tribulations, In the Pale Moonlight, and many many more). After DS9 ended, Moore moved over to write for Star Trek Voyager but, by his own admission, found the work unfulfilling. He only has a few credits to his name on the show and left after only a few months on the job. He would later describe his frustrations with the show and how it failed to live up to its premise.

Now, let’s just pause for a second and consider what the “premise” of Star Trek Voyager is…

It’s a show about a lone ship, stranded away from home, on a mission to find earth, with a crew comprised of Starfleet and Maquis, who are forced to come together and coexist if they’re to survive their long journey.

Does that sound at all familiar?

Moore thought Voyager would, obviously, age with wear and tear over her seven-year journey. The ship would break down, the diverse crew would have infighting, people would start making babies, the stuffy federation ship would start to look more like a home, with pictures hung around, potted plants peppered throughout the corridors, etc. Instead, Voyager (the show) was under strict orders, from Star Trek executive producer Rick Berman, to remain wholly episodic. “You should be able to jump in at any time and just enjoy the 45-minute plot.” That was his vision for the show. Moore, having come from the more serialized DS9, tried to push back, but found the clout he had on the other show didn’t carry over.

A few years later he wrote the two-part miniseries for a reimagined Battlestar Galactica. Here’s the premise…

It’s a show about a lone military ship, stranded after its home is destroyed, on a mission to find earth, guarding a civilian fleet and its very different-minded President, who are forced to come together and coexist if they’re to survive their long journey.

The difference is in the details but you can see how the show would provide Moore a creative outlet. Eleven years later, Battlestar Galactica (2003-2009) remains, in my opinion, the greatest science-fiction show ever put to air. Voyager is good for several fun little forty-five minute plots, but BSG tells a true story, filled with drama, adventure, humor, horror, gravitas, heroism, villainy, treachery, and tremendous pathos. It’s a show that is elevated by incredible performances, powerful musical arrangements, and an eighty-part story that consistently surprises and always entertains.

I first watched the show in the fall of 2008. The first half of the final season had just ended and everyone on sci-fi forums was going bananas over it. I hadn’t given the show any thought before then but decided to give the first few episodes a shot to see what all the fuss was about. The two-part miniseries serves as a proper introduction to the show. It’s a three-hour movie that introduces us to the universe, the heroes, the villains, and the stakes. It also plants seeds that, in some cases, won’t be paid off until the final minutes of the final episode. After the miniseries, I was hooked. I binged the show in a matter of weeks, then re-watched it just before the final batch of episodes aired. When it was over, I cried.

I hadn’t done that during a show’s finale since DS9 ended.

This time, as I watched, I decided to take notes. I jotted down thoughts on the show’s key themes and character arcs, rated the episodes, and reflected on its legacy.

On that last point, I am disheartened to say the show has not risen to the pantheon of other TV shows often hailed as the best ever: The Wire, Breaking Bad, Mad Men, etc. That’s sad because, in my opinion, it belongs right there with them. Unlike other shows that wilted and failed to stick the landing with a satisfying finale (Game of Thrones), Battlestar Galactica told its story from beginning to end, and wowed audiences every step of the way.

Of course, some fans weren’t happy. 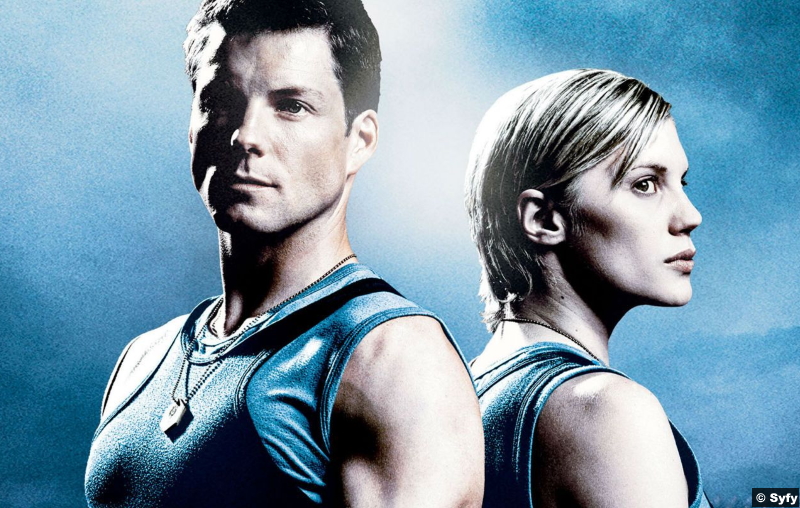 Fans of the original were furious at key changes made from the one-season OG show back in 1978. Among the most notable include Starbuck being a woman, names like Apollo, Boomer, Athena, etc, were turned into “callsigns” and the Cylons were depicted either as computer-generated robots (as opposed to the original “men in metal suits”) or as human-looking undercover robots (dubbed “skinjobs”). The latter decision is actually a stroke of genius as it allowed for the enemy to be depicted without costly CGI (or cheap looking suits), and it introduced a whole new dynamic to the good guys vs bad guys dynamic: When the enemy looks like you, the enemy could be anyone.

Since I was not attached to the original show (to date I’ve still never watched a second of it), I wasn’t bothered by any of the changes. I first watched the show and judged it on its own merits. What I found was one of the purest forms of science-fiction ever put to the screen.

When reviewing Picard, I referred to a scene in the TNG episode “The Measure of a Man…”

What I said was this:

what I love the most about it is how purely sci-fi it is, despite there being no crazy aliens, no space ship battles, no technobabble. The episode’s climax simply features two actors debating over whether a machine should be considered alive and what the moral implications are for whatever decision they reach. That’s about as “Isaac Asimov” a sentence as I’ve ever typed. That’s sci-fi. It’s not about the window dressing, it’s about the things it makes you think about. Even a popcorn blockbuster like First Contact still bothered to explore the damaged humanity of the man, Picard. That’s the “human condition” element that Gene Roddenberry wanted to set his show apart

Much like that scene, the whole of Battlestar Galactica is a show without aliens, without phasers, without force fields or photons. There’s no technobabble (except when the very idea is mocked), the phones have cords, the guns have bullets, the ships have nukes, and the doors have handles. It’s gritty, it’s raw, it’s real, and it’s done that way to keep the focus on the people in the story. The result is a supremely satisfying character-driven science-fiction show, one that stays excellent long after its special effects appear antiquated. A 2004-era CGI robot is only going to look so good in 2020, but good acting is timeless. Good music is timeless. A good story is timeless.

This is just the first of a series of articles looking back on the show. I have much more to say, but until then, if you’ve never seen Battlestar Galactica, you simply must. If you’re a sci-fi fan, it should be a no-brainer. Even if you’re not, the show is simply too good not to enjoy. My wife hates science-fiction, but she loves this show because good stories, well-acted and well-told, can’t be denied.

And what I realized on my most recent rewatch is that it’s also as relevant and needed as ever.