AEW is a month away from its big debut on TNT and ALL OUT is the final big show before that premiere. The PPV is sort of an anniversary for the company, even though its predecessor—ALL IN—was not an AEW-branded event as the company was still several months from officially launching. Still, the 2018 Chicago show was the first big event with Cody (Rhodes) and the Young Bucks as a united force. Since then they’ve launched a brand, organized a trio of major shows, and signed a huge TV deal.

Not bad for an “indie tag team” and a “WWE midcard castoff.”

In that respect, ALL OUT works as an anniversary, as a final tune-up, and as a thank you to the Chicago fans that helped launch AEW as a legitimate non-WWE pro wrestling brand.

So what kind of state is the company in as we inch closer to their TNT debut? Let’s review ALL OUT by looking at the things that worked and some things that still need some work… 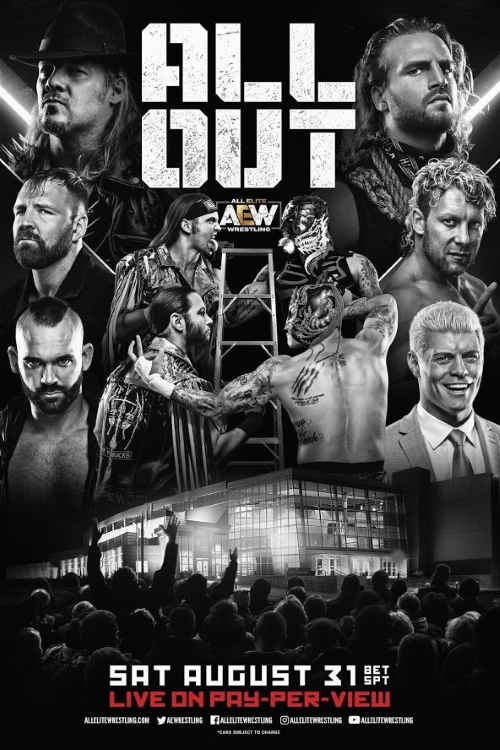 WHAT WORKED : COMMENTARY IN MATCHES

Like with basically everything in the company, AEW’s commentary has been a work in progress with a fair amount of trial and error. To their credit, the company seems to be listening to fans while they mix and match different talents to try and find what works. The addition of Goldenboy and the subtraction of Alex Marvez has been a tremendous boost to the booth.

The three man team of JR, Goldenboy, and Excalibur seems like the perfect team going forward. JR isn’t what he was twenty years ago (but who is) but he brings legitimacy and when he gets excited on a big call he instantly makes a moment feel larger than life. Excalibur is an excellent play by play man. Next time you watch a match, try and call every move as they come; things happen so fast it’s extremely difficult yet Excalibur is able to keep up with a fast and furious Young Bucks match. That alone makes him booth-worthy. Goldenboy has a natural voice for this, with a genuine-sounding enthusiasm that Michael Cole has never had despite two decades of work.

WHAT NEEDS WORK : COMMENTARY BETWEEN MATCHES

As good as the three-man team is during a match, when they’re forced to segue to different segments, break down the card, hype up an upcoming match, or just fill the audience in on what’s to come, they struggle mightily. Excalibur is probably the best in-ring caller of the trio but he’s the worst at this part of the job. Granted, a big part of the problem in previous shows was due to the director and producer not relaying the right information quickly enough. There’s also the simple matter of inexperience on the part of everyone not named JR. Given time these things will be cleaned up and maybe the addition of Tony Schiavone in a backstage role will help out. TNT may offer some assistance here as well.

The thing about “presentation” is, if you do it right no one notices it. It’s only when the lighting is poor, the backstage segments are clunky, or the set and stage design is cheap that people say things like “bush league.” TNA was never able to take their five-star roster and compete in any way with WWE because they always looked like a glorified indie promotion.

AEW feels legit. They do just enough that’s exactly like WWE and just enough that’s “different but equal” that you never question if they’re a legit pro wrestling league. The vignettes are stellar, pyro and music is great, camera work does a great job focusing on the wrestling and occasionally showing off those sell-out crowds. Again, this is the kind of stuff you don’t notice unless there’s a problem. So far, AEW’s presentation is problem-free.

Bonus points for the fact that you didn’t see Tony Khan out there yucking it up at ringside or personally handing the AEW title over to Jericho. The fewer “boss” characters on the show, the better.

Despite only seven matches and not a lot of the filler “sports entertainment” stuff that a typical WWE PPV has, the show felt a bit long and dragged a bit in the middle. I’m not advocating for fewer matches like a typical NXT supercard, or for more filler in between like a typical WWE PPV. Instead I think the show would have been better served with a few minutes trimmed off of several matches. Dark Order vs Best Friends could have, and probably should have, been a five minute flurry, built more around Orange Cassidy’s AEW reveal than anything else. Riho vs Hikaru Shida likely would have garnered better engagement if it had been nine minutes of fast-paced action instead of thirteen minutes with some slow spots.

And while I get the need for the main-event to be a big deal (especially this one, with so much history being made), it takes a special couple of guys to make a 26 minute match work. HBK and Undertaker could do it. Triple H and Undertaker could not. Chris Jericho and Chris Benoit could do it. Chris Jericho and Adam Page can not. If this had been seventeen minutes, or even twenty, it might have gone from “good enough” to “really good.”

The seven-match card ran four hours, not counting the buy-in preshow. Almost 70% of it was in-ring action; that’s great. Maybe next time shoot for a three or three and a half hour run-time and leave the fans both exhilarated and wanting more.

7/10 – It was a bit of a slog for about an hour after the hardcore match and fans were tired during the too-long main-event.

Every show, from ALL IN to ALL OUT, has featured full price/PPV-worthy main-event matches. If you want people to pay for your show you need to give them big names and big matches. Despite losing what was easily the most anticipated matchup of the night, due to Jon Moxley’s injury, the replacement by Pac promised an excellent match in exchange…and delivered.

Cody likewise continued his streak of great matches. The fight with Spears lacked the pathos of the Dustin match but that felt more like a WrestleMania showdown and this more like a SummerSlam bout. It was a slight step down but still treated like a big deal. The run-in by Arn Anderson was just the way to do it: Get in, get your spot, don’t directly affect the decision of the match, get out. 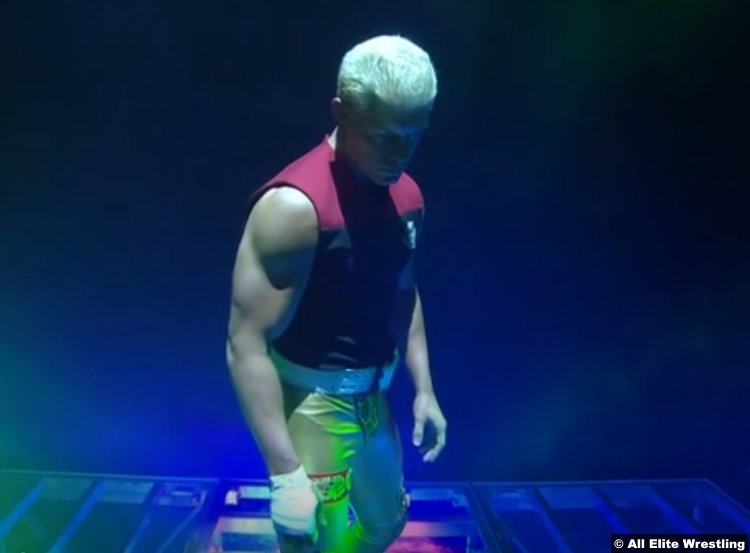 There’s not much to say about the Young Bucks vs The Lucha Bros. It’s been the company’s longest-running feud but every contest has been fun with some innovate offense and creative high spots.

The main-event was, by necessity, treated like the most important match of the night, but it felt like a foregone conclusion from the jump. Jericho winning was the right call, in that he adds legitimacy to the belt, the company, and the TV show. Adam Page will be just fine; he’s got mid-card star written all over him and in a year or three will be a legit main-eventer. In the meantime, he did a good enough job carrying his end of what was essentially Chris Jericho’s coronation.

9/10 – Great marquee bouts, more than enough to carry the show.

AEW is not perfect but it is already so totally equipped to compete with WWE that all of its flaws look like minor speed bumps and growing pains to be overcome in the months to come. The company seems to have what TNA and ROH never did: A good head on its shoulders and the budget to look legitimate. All the pieces are in place.  It’s time for a new contender to rise up.