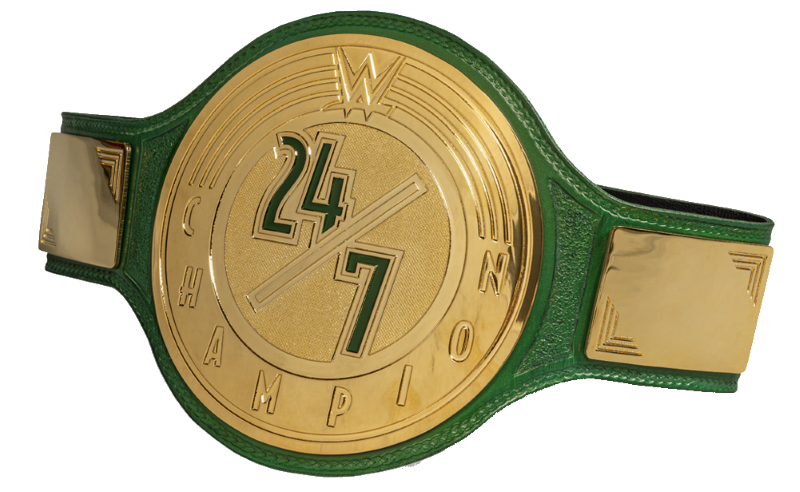 It can be strongly argued that WWE is not having a great year. Faced with new competition from all sides thanks to the rise of online streaming options and some of their top stars jumping to rival promotions, fans are slowly but gradually turning on the company which until recently was pretty much the only game in town.

Part of the problem is that there is so much to keep track of. Every brand has its own heavyweight champions, Intercontinental, United States, or North American champion, women’s champions, tag team champions… it can be overwhelming to keep track of who has which title at any given moment especially considering how short title reigns seem to be these days.

There is one thing that WWE is doing correctly, however, and that would be the 24/7 Championship.

For those who haven’t been following WWE programming this year, Mick Foley introduced the 24/7 Championship on the May 20th episode of Monday Night Raw. The basic idea behind the title is that it is like the old Hardcore Championship in that it can be defended at any time, against any person (regardless if they are actually a contracted member of the WWE talent roster) provided that a WWE referee is present.

Since it’s inception, it has changed hands dozens of times (sometimes multiple times within a single broadcast). Usually, it’s R-Truth who holds the title but others throughout the WWE roster of current and former stars such as Drake Maverick, Alundra Blaze, The Revival and non-athletes such as Fox Sports’ Rob Stone alike have held the title for short stints. 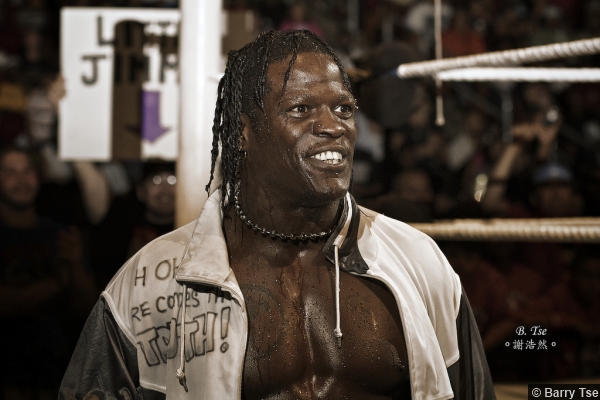 At first, fans were hesitant to adopt the new title and I’ll admit that I was one of them. I didn’t “get” the 24/7 Championship and honestly figured that it would disappear from WWE within six months. The very notion of a title that is essentially meaningless only added to the glut of titles that WWE already has across all three major brands (Raw, Smackdown, and NXT) and I was ready to tune out every single time that it appeared on the screen. Then something strange happened, I started to laugh at the various shenanigans that the titleholder would get into, usually in random locations!

In one segment uploaded to the WWE YouTube channel, champion R-Truth almost loses the title to a police officer during a routine traffic stop. At another time, Drake Maverick loses the title after getting married and goes on a crusade to get it back stating that he wouldn’t consummate his marriage until the title was once again in his possession. By doing this, WWE is poking fun at itself and mocking the titles it holds in much higher esteem… and I’m now loving every minute of it.

The 24/7 Championship provides WWE the perfect chance to insert levity wherever it needs it. In my opinion, most of the matches that WWE presents to us on either television or on the WWE Network have grown stale and repetitive. I mean, did we really need to see Baron Corbin vs Chad Gable for the third time at Hell in a Cell? And did anyone believe that Kofi Kingston would last more than a few seconds against Brock Lesnar on the season premiere episode of Smackdown on Fox?

This title allows WWE to always have something up their sleeve whenever they need to add a dose of comedy into the mix to keep things fresh. You have to love how it gives so many roster members just a bit of television screen time. Curtis Axel and Bo Dallas are both talented performers but let’s face it if it weren’t for the 24/7 Title segments I doubt we would see them much these days if at all outside of the live event circuit.

Where it will go in the future is anyone’s guess. We already have someone who has held the title at least twenty times (R-Truth) so it won’t be long until we have someone who has held the title a hundred times or more. With the ‘Anywhere, Anytime’ rule in place, the creative staff can create endless situations for the champion which could continue to be some of the highest-rated segments of each broadcast or event.

The real question, however, is will the fans get bored with the title before it can reach its full potential? Wrestling fans can turn on a product quickly and all it takes is a few weeks of the title being handled poorly or just plain inactive and it’ll become yesterday’s news before anyone can even say “Max Moon”.

WWE didn’t strike immediate gold when they created this championship but over time they have developed it into a very shiny gem, which is certainly better than the nothing that they began with.