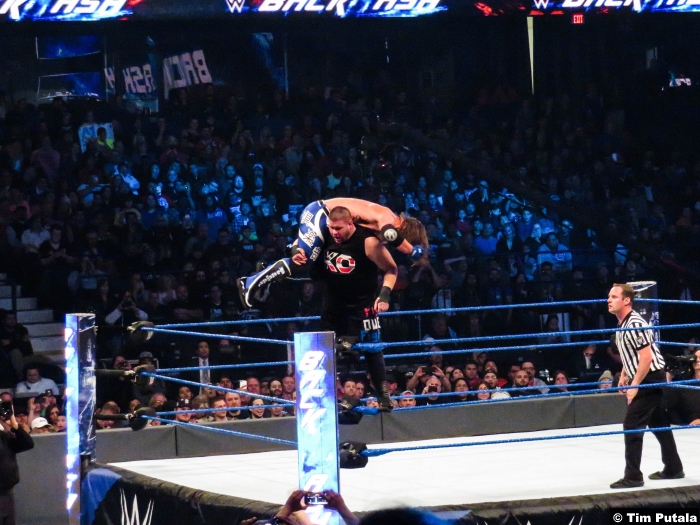 The 933rd edition of WWE SmackDown LIVE came to you, live on Independence Day, from the Talking Stick Resort Arena in Phoenix, AZ. On a special 4th of July edition of SmackDown LIVE, one of the most patriotic Superstars in WWE history would make his long-awaited return as sixteen-time former World Champion John Cena would step into a WWE ring for the first time since WrestleMania! Now a free agent to appear on any show he wants, what will John Cena have to say on America’s birthday? Will Cena remain a part of SmackDown LIVE? With the landscape of SmackDown LIVE much different now than it was three months ago, what will be Cena’s first order of business? Also on SmackDown LIVE, a new #1 Contender for the United States Championship would be determined in an Independence Day Battle Royal as the blue brand Superstars would do battle in the over-the-top rope match with the last Superstar remaining earning themselves a shot at Kevin Owens’ United States Title in just under three weeks at Battleground! Who will step up to try and dethrone “The New Face of America”?