Weighing in at 170 lbs, standing at 5ft 10in tall, hailing from Chicago, Illinois Justin Roberts was a ring announcer for WWE for over a decade.

The 37-year-old regularly announced WWE pay-per-views and television shows including Raw, SmackDown, ECW and Superstars. He was the sole announcer for WrestleMania XXVII.

We caught up with Roberts to talk about the Daniel Bryan choking incident, working for Vince McMahon, what he is up to now and much more. 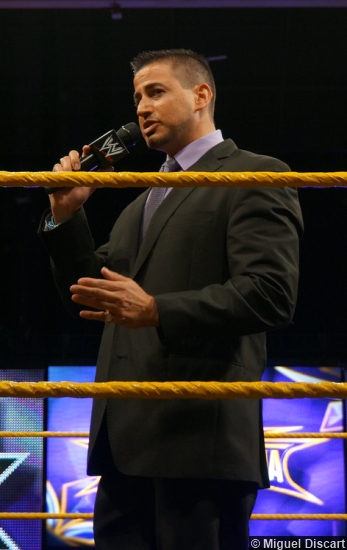 I actually got hooked because there was a series of events. It was a combination of meeting Ultimate Warrior and Texas great Kerry Von Erich when I was a kid, mixed with watching GLOW (Glorious Ladies of Wrestling) when I was a kid and then Saturday Night Main Event would come on.

Between those three different events, I got into watching wrestling and I was soon hooked and became a super fan as time went on.

I enjoyed watching guys like Mr. Perfect Curt Hennig, Bobby ‘The Brain’ Heenan, Macho Man Randy Savage, Ultimate Warrior, Brother Love, Big Boss Man, Hacksaw Jim Duggan, The Bushwhackers. I was just entertained by everybody, there wasn’t anyone who I disliked, I loved all of the characters because they were all so different.

Did you have aspirations to become a wrestler yourself?

When I was a kid absolutely, I use to pretend I was a wrestler, I use to want to be a wrestler, all I could think about was wrestling, it was always on my mind. As I got older and I realised I may not be cut out to be a professional wrestler, I then thought about other things I could do such as being an announcer, that would be a little bit more fitting for me.

Those wrestlers do a hell of a job, they work very hard and it isn’t easy to do what they do. I decided to take the easier route even though there aren’t many openings for ring announcers that is the direction I went down and I was determined to make it happen.

How did you go about becoming a ring announcer?

If the Internet was around back then when I was first starting out it would have been a lot easier. To be able to get access to the company and to get yourself out there, but it wasn’t like that back then. I didn’t know where to go, I didn’t know how to make it happen so I just took very small baby steps over time.

Where there any ring announcers that you picked up tips from or enjoyed watching?

I never really wanted to strive to be like anyone else, I just wanted to be an announcer and I could do the announcer’s voice. The most iconic voice that I grew up hearing was Howard Finkel. I had that in my head that Howard was the template; this is the ideal for how to be a ring announcer.

How did you land a job WWE?

As different opportunities arose such as the Toughman Contest boxing shows, which were on television, they were coming to near where I went to university in Arizona and I got in touch saying I had done some ring announcing and they invited me to the arena. They handed me a microphone during the middle of the show and told me to go in the ring and see what I’ve got.

I started working with them and then started doing some work for the AWA, which was huge for my career. After a while, I started sending my showreel to the WWF and sent them for a long time but just never heard anything back. I would reach out to everybody, and people would say they had my tape but there wasn’t any opportunities available.

Finally, when I graduated college, I reached out and this time I head back and they said they were going to give me a tryout. That for me was the proudest moment because all I wanted was to be able to get a tryout in order to show them what I was capable of and at that point, they could decide whether or not they wanted to go forward with me and thankfully they were pleased with me.

What was it like when you made your television debut announcing for WWE?

The first time I did TV was incredible, I did a house show and then I was shadowing at Monday Night Raw and announced for a dark match than on Tuesday it was on me and I did the announcing for Velocity and SmackDown in Colorado Springs, it all happened so fast in the space of a couple of days but it was an amazing feeling.

What was the hardest part of the job?

The most nerve-racking thing was that I wasn’t allowed any note cards with the wrestler’s towns and weights etc and I didn’t have an earpiece so no one was able to feed me any of the information, so a lot of the time I didn’t know what to say or when I was supposed to speak. When I was there they were really long announcements where not only did you introduce the wrestlers but introduced the match stipulations, the rules of the match, if the winner of the match would get a title shot at so and so PPV. Then the match could be a four-way and I had to remember all of that information off the top of my head.

When WWE used to have the regular guest hosts they were long introductions and a lot of the time you didn’t get the script until the show went on the air so I didn’t have much time to memorise that. Then you take a show like WrestleMania and in 2011 at WrestleMania XXVII when I was the sole announcer for the whole show there was so much to remember but that was an awesome experience.

What was it like work at a show like WrestleMania in the big football stadiums compared to the arenas?

What happened with Daniel Bryan, the tie and you?

That was crazy, every week for years I would look around and the people around me would get beat down but they never got me. They would always get the timekeeper and I was always safe. On that night when the Nexus invaded Monday Night Raw Arn Anderson told me beforehand, I may not be safe and that is when we found out what was going on.

As far as the tie is concerned it wasn’t planned like Daniel came up to me and said he was going to get a tie and do this to me. He had a general idea of what was going to happen and Daniel Bryan is very smart, he is great at what he does and when he saw my laying there with my shirt off and tie around my neck instinct just took over and he saw an opportunity to get the job done which he was supposed to get done. They were told to go out there and cause havoc, nobody said don’t do this or don’t do that, they were told to make an impact.

He really did strangle me and people still to this day ask me if I was acting and I wasn’t acting, I was legitimately getting choked. I tried to get my finger in-between me neck and the tie but I just couldn’t get it to go in, I was choked for a short amount of time but I was fine and when I got to the back everybody was happy with the way the segment went.  Vince was happy, I was happy, Nexus were happy, the fallout came afterwards when one of the sponsors wasn’t pleased.

What were some of the highlights for you during your time with WWE?

Getting to introduce Hulk Hogan at a WrestleMania was incredible; the kid in me just thought that was tremendous. Getting to introduce guys like Shawn Michaels, Bret Hart, The Rock, Stone Cold Steve Austin. The Undertaker was always my favourite introduction.

I was with WWE for over a decade and got to work with so many great guys and girls, every opportunity I got was awesome and I’m very thankful for everything I did, I got to do some incredible things and the fan in me really got to live out a dream.

What was it like being on the road with WWE?

I was on the road for four days a week, every single week all year round for a decade. The whole WWE crew you are with those guys on the road, on the planes, in cars, in hotels and arenas around the world.

I was buddies with just about everybody and then there were certain guys who I could hang around with to go to the gym with and eat with. There were a lot of really good guys, that company is filled with lots of really good people for the most part. 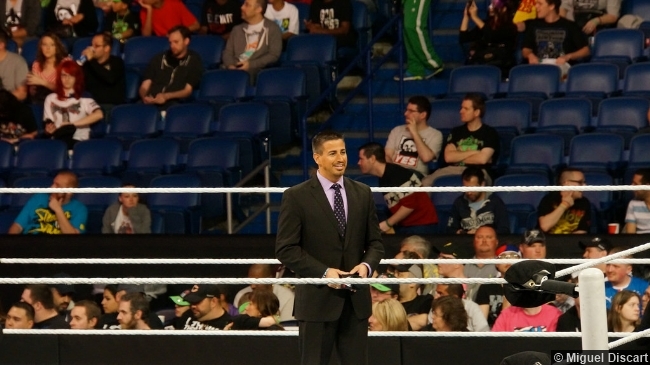 Where were some of your favourite moments from house shows?

Jack Swagger and Santino Marella used to have great matches on house shows, I could just watch that match over and over again and not get sick of it, their match was one of my favourite of all time.

Daniel Bryan and Kane when they were the tag team champions, the stuff they did post-match every night I would watch it like I had never seen it before. CM Punk always had fun with his matches at house shows and he would just do some random stuff and it was pure entertainment. Dolph Ziggler was another one who just loved to go out there and have fun.

He is on top of everything; he makes sure everything goes the way he wants it to go. He micromanages everyone and everything. Sometimes he isn’t clear on direction and what he wants you to do, sometimes his direction doesn’t make sense, sometimes he will tell you one thing but he wants something else.

It’s not easy to work for him but you’ll learn a lot from him, I can say that much because there is brilliance somewhere in there, it’s not everywhere but there is a brilliance that is a part of it. It prepares you for when you’re done to go and work anywhere else because once you work for Vince you can go anywhere.

What have you been up to since leaving WWE?

I’ve done a few shows for Tommy Dreamer’s wrestling promotion House Of Hardcore, I’ve also done some bits for CBS Sports boxing and I also go on tour with the band Tool and host their events. 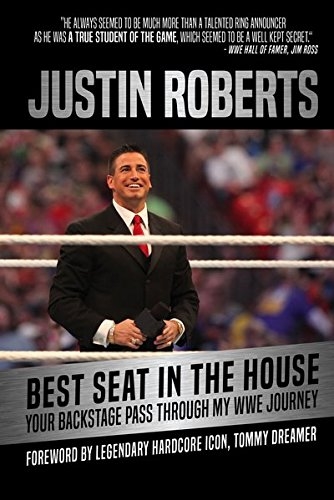