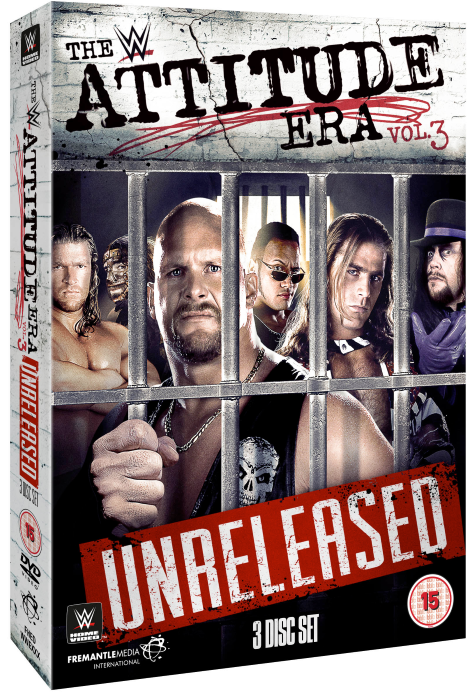 This is one of those sets that comes with a “Ronseal” of a title as this is a three-disc set (four if you go BR) featuring matches between Attitude Era superstars that have never been shown before.

Due to this, they are effectively the wrestling equivalent of non-canon when it comes to televised storylines (like the opener which features Steve Austin post-Stone Cold rename, but pre-KotR victory, facing off against Bret Hart) and also, with the exception of one match, have no commentary whatsoever.

In addition, some matches are filmed with just a single camera and the aesthetic for the house show events, especially overseas, gives off an indy-fed vibe, which is strange when you see Steve Austin and Undertaker in the ring, but is also really cool as it strips away the majority of the showmanship and allows the matches to simply live-or-die by the in-ring action.

Speaking of the matches, unlike other releases (including PPVs), it’s generally going to be a given that the results of these matches are unknown, even if some outcomes are more obvious than others. To that end, there will be no spoilers in this review.

Some wrestlers feature a lot more than others (Steve Austin, Undertaker, Shawn, Triple H), but there are curios amongst the more obvious match-ups, including Goldust getting a WWF Championship Match against HBK.

What should be noted is the reaction of the crowds, particularly in Kuwait; they were popping for EVERYTHING like it was CM Punk in Chicago and it makes it all just that much better.

25 Matches (30 on Blu-Ray), including the mismatch-on-paper bout between Ultimate Warrior and Owen Hart (which seems to be the bout that caused Owen to need a cast for a gazillion months) is great value for money, especially when they are bouts you have not seen before.

Some people will be put off by the lack of commentary and lower-budget production values, but for others it will add to the overall experience and that’s what really matters at the end of the day; the experience of viewing new matches and these mega-over wrestlers in (virtually) the same environment as your local federation (big shout out to Britannia Wrestling Promotions in North Wales).

You really need to get this, whether you lived through the Era or are only experiencing it now.