In less than 2 months time Scotland’s most beautiful city will once again be host to the worlds most famous arts festival. For the month of August people from all over the world will flock to attend the Edinburgh Festival Fringe, and here’s what I suggest checking out.

Firstly regular readers of COW and its sister site TWO will be interested in Brendon Burns and Colt Cabanas Ronseal titled ‘Brendon Burns and Colt Cabana Do Comedy and Commentary to Bad Wrestling Matches’. This is the duos fourth Fringe show and, if past performance is anything to go by, will be a great way to end the night – the show starts at 10:45pm and will end close to midnight.

Cult favourites Kill The Beast will be bringing two different shows this year. Firstly the acclaimed ‘He Had Hairy Hands‘ will be in the Pleasance Courtyard, meanwhile in the Pleasance Dome their new show, the 80 sci fi/90s gaming inspired ‘Don’t Wake The Damp’, will get its preview before the UK tour.

Breaking away from The Pleasance venues, the always amazing Richard Wilson revisits his most famous role in ‘I Don’t Believe it! An Evening With Victor Meldrew’.

TV sitcom history was made when Richard Wilson, star of One Foot in the Grave, was the only person to appear in an episode called The Trial. No supporting actors, no extras, just side-splitting, pure, priceless grump. In an Edinburgh first, Richard takes to the stage to recreate this legendary, hilarious episode from his award-winning TV series.

That’s a must for fans of comedy, Wilsons facial expressions are second to none. Even if you don’t beli… no, I’m sorry, even I think that’s a pun to far. 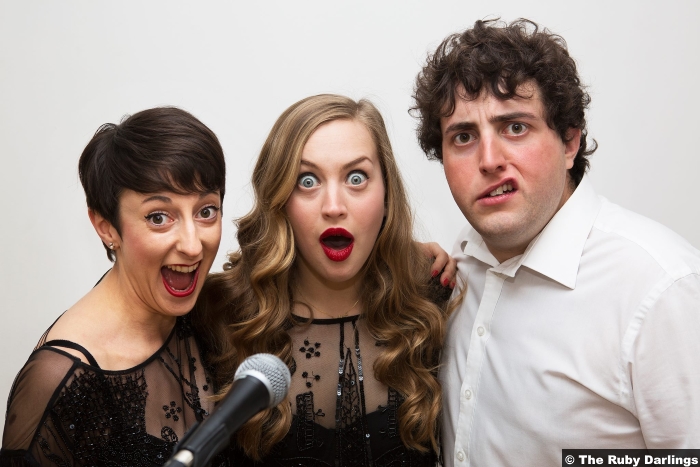 If you want to have a slightly cheaper night you can try the Free Fringe. Shows here are pay what you think its worth as you leave, but on that basis The Ruby Darlings will be a wallet drainer! The Darlings perform a cabaret set in the changing room of a burlesque club, so innuendo and filth abound. Definitely one to watch if you have a broad mind.  Here is their headline number, do not watch if anybody nearby is likely to be upset or offended by language of a sexual nature.

I hope you can make one, if not all, of these shows. If you have to choose just one then make it He Had Hairy Hands.