In the movie Halloween: H20, there’s a scene where a girl gets her leg stuck in a dumbwaiter shaft as she’s trying to escape from Michael Myers. I saw the movie in the theater and at this point, the man sitting behind me yelled, “Tear it off and get a peg leg!” Like that hero, we participate in movies constantly even if, unlike the characters in The Final Girls, we’re not actually in them. With horror movies, that’s part of the fun. Roger Ebert once wrote, “That is a peculiarity of humans: We feel the same emotions for our ideas as we do for the real world, which is why we can cry while reading a book, or fall in love with movie stars.” Or why we empathize so much with horror movie characters that we tell them not to go in the basement or that they won’t be right back. Or to tear it off and get a peg leg. 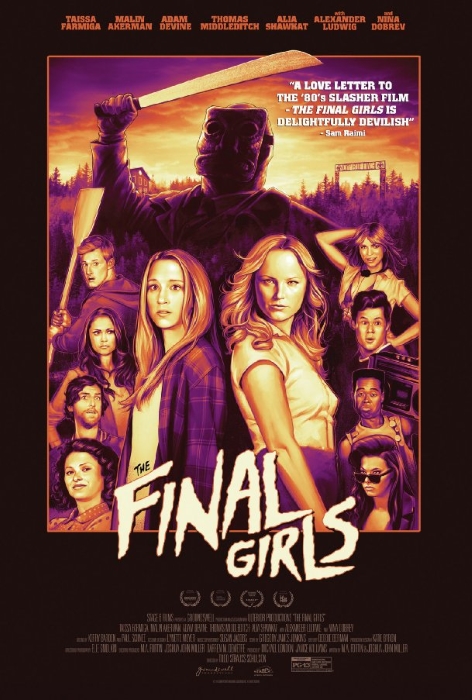 The Final Girls probably wants to be that kind of movie. Ostensibly, it’s a horror movie about those kinds of horror movies. It’s also a meta-horror like Cabin in the Woods. It’s The Purple Rose of Cairo meets 70s/80s slasher flicks, especially those set at summer camps. It’s many things, including a celebration of the titular Final Girl. In a genre packed full of masculine titillation, it’s incredible that the Final Girl is such a reliable trope. But she is. In the modern classic horror, she’s the one who lives to tell the story, the last girl standing to face the relentless killer. In The Final Girls, the modern classic horror movie is called Camp Bloodbath and it’s essentially a Friday the 13th clone. A former camper named Billy Murphy was tormented and burned by his fellow campers and he’s murder-stalked the camp ever since. He even took the time to hand-carve a mask! A group of counselors gathers at Camp Blue Finch, where they are systematically slaughtered by Billy until yes, the final girl takes him down. 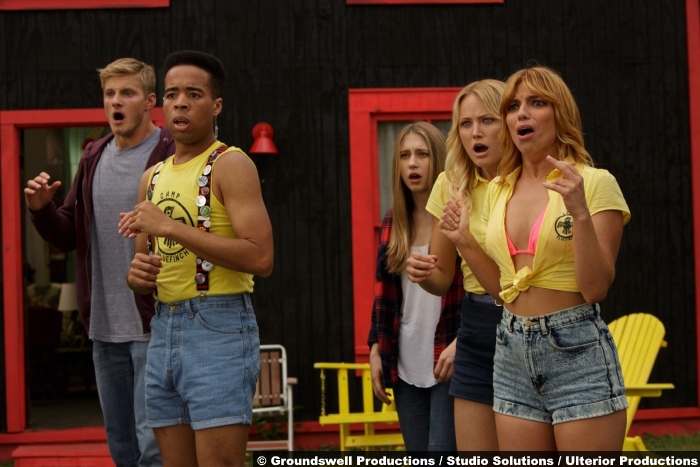 One of the girls in the movie, but not the final girl, is played by Amanda Cartwright (Malin Akerman), who in the present-day is having less success as an actress. She has a teen daughter named Max (Taissa Farmiga) and not much time left on this mortal coil (I assure you, this is not a huge spoiler). Sometime after her death, Max is cajoled into attending a double-screening of Camps Bloodbath 1 & 2. There’s an accident at the theater and through some sort of movie magic, Max and her group of friend types–the tough yet sensitive love interest, the quirky best friend, the mean girl, and the geek–are transported into the movie.

This is, of course, a lot to take in. Not only are they now hanging out with what should be fictional characters, but also Max’s mom is there, except she’s not Max’s mom in this world. Oh, and also there’s the small matter of the serial killer lurking around the edges of the camp. Unlike a theater audience, Max and friends initially approach their predicament as mostly passive observers. They interact with the counselors, but they don’t bother to call out even a “Hey, behind you!” when Billy appears behind a couple who are, in the parlance of tabloids, canoodling. They don’t see themselves as part of the movie. Until they are. 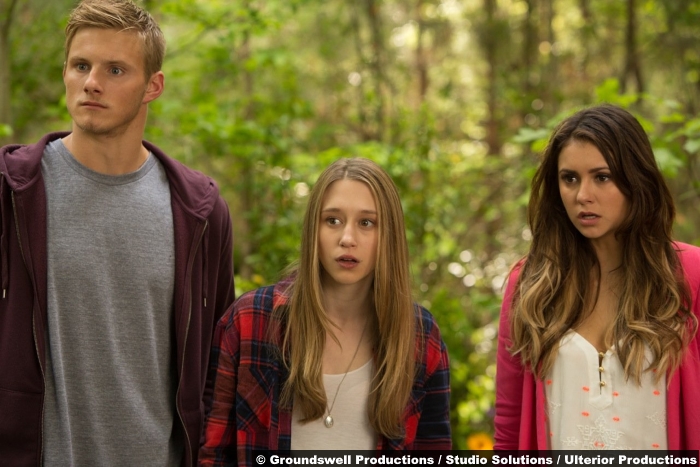 Like the butterfly effect or time travel, the small changes their presence has made to the movie’s world augurs uncertainty for the future. They are now part of its world and are subject to the same rules. If you’ve ever seen a classic slasher, you know these rules. And that’s the meta of the movie–the characters, or at least the ones from our time, know them, too. They have less of an adjustment period to the whole being-stalked-by-a-masked-maniac thing–they know the plot–and can immediately formulate a plan that they then execute (no pun intended).

How does it all turn out? Well, like I said, you know the rules. You know how it turns out. 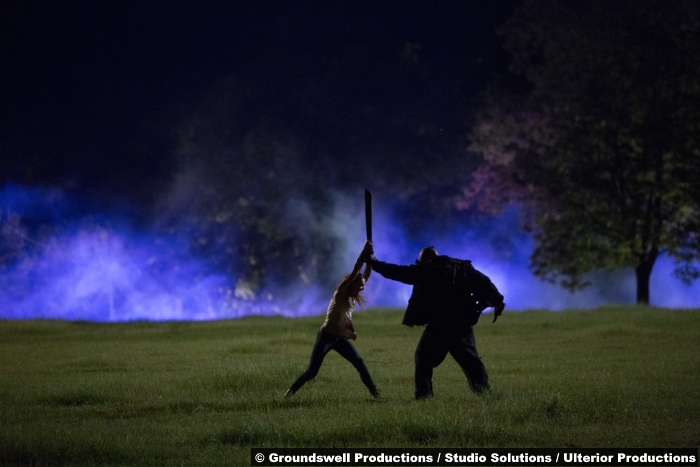 But that’s not the problem with the movie. On the one hand, there’s a lot going for it. It’s quite funny and the color palette is gorgeous–so many scenes have this dreamlike coloring, that evokes the aesthetics of the movies this movie is itself evoking. And because I’m not-so-secretly a marshmallow, I was moved by the scenes of Max and her mom, especially their first meeting on the way to camp. On the other hand, meta-horror needs to die. Preferably zipped up in a sleeping bag and bashed into a tree, but I’m not picky. I’m sure the old masters could come up with something pretty inventive, though. Meta anything is very clever, indeed, but it’s not very inventive anymore or enticing.  I can’t imagine anyone in the audience yelling out to the characters in this movie and I don’t think they want you to. You should just sit quietly and bask in their wit.

If that sounds a little boring, it is. It gets boring having to be ironically detached from everything. We’re all very cool and we’re all in on the joke, but where’s the art? Better yet, where’s the horror? This is a competently made movie, but it seems as if it were made by people who weren’t sure what kind of movie they wanted to make. So we get this hybrid with few scares and pretty toothless satire. It’s supposed to be a horror movie, but it sure is low on guts. And that’s the problem.

6/10 – There are some sweet moments and fun winks to horror fans, but The Final Girls relies too much on winks to be satisfying. And again, stop making send-ups and make R-rated horror again. Or hey, just make horror scary again.