In this day and age you can’t just “predict” a PPV anymore, you have to to account for the capricious whims of WWE’s septuagenarian, sleep-deprived egomaniac owner. You can’t just “preview” a PPV…you have to Preview how things should go, in a reasonable and sane world, and then add “so of course…” and explain what Vince McMahon will probably do instead.

So consider this your SO OF COURSE preview of WWE PANIC BUTTON…er…I mean “TLC.” 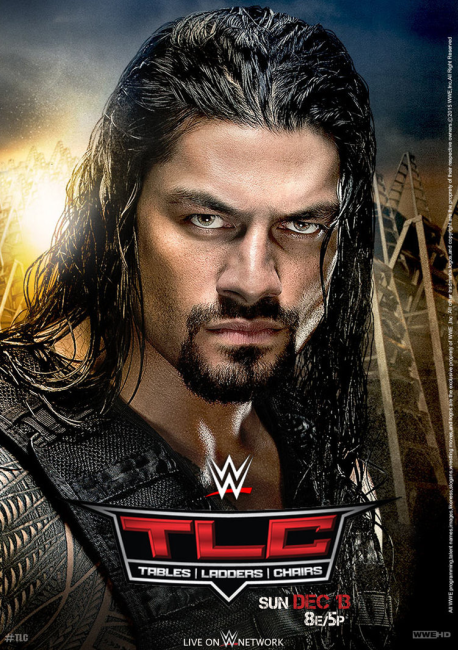 Last time on SO OF COURSE, WWE ran it’s annual Survivor Series PPV. A show that has become infamous for its many screwy endings. This time the screwy ending was Sheamus walking out as champion. And that’s not entirely screwy, considering he was the MITB holder and had recently been treated like a chump. So actually Survivor Series was pretty by the book, I’d say.

Now comes WWE’s annual December PPV, and with it all the apathy you’d expect as whatever fans that have stuck around week after week since WrestleMania are just about fed up, and the rest of the fans are just catching reports online. Even me, I’m writing this preview and I haven’t sat through a full episode of Raw since July.

Reports and rumors are buzzing that Vince and co. are looking to make some creative changes with the way Raw is presented. If so, it’s way past due, yet still very welcomed by fans. But based on the go home show to this PPV—which was rumored to be the beginning of the new era—I’m not seeing much difference. There’s still the same mistreatment of the midcard, 50/50 booking, and overscripted promos. I have a feeling Vince is more likely to stick to his guns and suffer through declining (and declining) ratings rather than admit defeat and make changes. Sometimes I think he secretly hates his fans. Actually I don’t think that’s much of a secret.

Anywho, TLC. There are six matches on the card with a grand total of two that most care anything about.

The origins of this feud date back several months when WWE re-signed Bully Ray, promptly re-paired him with Devon and rechristened him Bubba. The Dudleys returned to WWE in order to do battle with the best thing in WWE, The New Day. It seemed certain that The Dudley’s were going to get a run with the belts but common sense prevailed and New Day retained, and then retained again. I honestly can’t recall how many times those two teams fought over the Tag Titles (and I don’t care enough to bother googling) but in the end, New Day went on their merry way and The Dudley’s were left adrift with no purpose. It felt like such a waste of an established brand, so they’ve been matched up against the Wyatts.

The Wyatts. Last seen getting beaten by the team of Roman Reigns and his more popular sidekick Dean Ambrose. These guys, however you want to look at them—individually, in pairs or as a whole—have got to have the worst ratio of losses to popularity on the roster. They’re not as big a-losers as Wade Barrett, but he’s not popular, so the point stands.

So what do we have? We have a team of losers taking on a team of losers. It’s the N.I.T. Third Place Game. Who cares? What should happen? Who cares! The Dudley’s enlisted the help of poor, broken down Tommy Dreamer, and Rhyno (who just wandered in from NXT, I guess…or…oh you don’t think…I mean, Vince doesn’t watch NXT so it’s possible…no…), so they have the nostalgia going for them. But really, if this ends in anything other than Dreamer getting choked out by Strowman then Vince has totally lost his mind.

CHARLOTTE vs PAIGE – ORDINARY MATCH FOR THE DIVAS TITLE

Paige started out, where this story begins at least, as a babyface looking to end the monopoly of the Bellas over the division. A noble cause if ever there was one. The Bellas then suddenly turned babyface, then back to heel, then back to babyface, before it seemed as though there was no proper alignment for any of the divas and they all just portrayed catty, jealous stereotypes of divas. Then Nikki decided to take some time off and Paige turned full-on heel, attacking Charlotte. Charlotte then won the title from Nikki (on her way out the door) and defended it successfully against Paige, who re-attacked her because WWE’s Divas stories are so convoluted they can’t keep their one feud at a time straight. Then, after defeating Paige, Charlotte turned heel on Becky (as mentioned) and now faces…Paige again. Only this time…Paige..is a face? Is that it?

Lookit, in six months we’re going to be angry that Charlotte and Becky haven’t ushered in the next era of Divas wrestling the way they were promised to, and we’ll be hoping the next call up can do what they could not. Eventually the peasants are going to revolt when they realize it’s not the Divas who are to blame, it’s the 60-70 year old farts who keep booking them like this that deserve the scorn.

In the meanwhile Paige and Charlotte are wrestling. Prediction? We sit around wondering where Sasha Banks is.

Oh there you are Sasha. Nevermind. Please continue with New Day.

Other prediction? Charlotte wins and enters a feud with Becky Lynch that fans aren’t able to enjoy because Vince and co. don’t understand why NXT works and WWE doesn’t.

Still the best part of the show every week.

What’s so great about New Day and the reason why they have stayed so popular is that they do their own material. Vince isn’t coming up with unicorn danceoffs. That’s purely Xavier Woods/BigE/Kofi brainstorming. They have developed those characters on their own, have honed them and have tapped into the creative well that comes from knowing and honing a character. It’s precisely what doesn’t work with Roman Reigns. Tater Tots? Only Vince could think that was funny. Roman isn’t doing his own material. He’s doing a 70 year old’s material. Now maybe Roman isn’t as creative as Kofi or Big E or Xavier, I don’t know. But he’s not getting any help from WWE “creative.” He needs to sink or swim on his own. Same with the rest of the roster. New Day went on their own and they took a stupid horrible (and mildly racist) gimmick and made it their own. And now they are swimming.

Just look at the gif. Big E is obsessed with his butt/hip gyrations. Kofi is a unicorn riding a horse. Naomi and Tamina are there. And Xavier and Sasha are just straight getting down. And then there’s the TitanTron behind them, with the “Don’t Stop Till You Reach the Top” flashing on the screen. It’s the best gif of the year.

Anywho, New Day has a match and I only hope no one dies. The last time the Lucha Dragons were in a match that involved climbing, odd things happened…

and I don’t know what the Lucha Dragons were doing. At one point Kalisto climbed to the very apex of the pod, then fell awkwardly, accomplishing nothing. It was like that Spider-man Broadway show. Sin Cara hit powerbombs and clotheslines and barely got any air on his dropkicks, continuing his run as the worst luchador in history.

–From the June article on the Elimination Chamber special

Let’s just hope Kalisto and Sin Cara don’t break anything. The Usos are also here, but they’re the Roman Reigns of the Tag Division. And I don’t mean that in a Samoan way. I mean they’re bland, cookie cutter yet artificially stylized, lacking in anything that could generate a real visceral reaction from the crowd. They ain’t New Day, is what I’m saying.

This is one of those feuds that many fans got excited about seeing the moment KO debuted on the main roster. Now that it’s here…it was better in my brain. This is another of WWE’s patented feuds about nothing. Dean Ambrose won the title shot in a manner than had nothing to do with KO. He then became a bystander to the feud as the Authority threatened to take away his title shot if Roman Reigns didn’t win some match in a certain amount of time blah blah blah. So it’s a feud that began with no stakes, escalated later in a passive, non-exciting way, and now comes to a head on PPV without having given fans any reason to want to pay to see it, other than the promise that “at least the actual match will be good.” It’s just wrestling for the sake of wrestling, which Vince keeps swearing that he hates, but darn it if he doesn’t keep doing it.

On the plus side, the IC title hasn’t matter this much in AGES. Part of that is due to the mega drop in value that the US title has had ever since DelolRio won the strap, but still, the white belt matters. That’s something.  So what should happen here? I think it’s obvious that Owens needs the win. The IC title needs the stability, a throwaway show in December isn’t the time to make a change, and Dean has yet to win the belt he’s technically been trying to win since February of this year; his first IC title needs to come on a more important show, after a better build up. I hope KO holds the title until WrestleMania, when Sami Zayn comes for it. Until then he needs to keep his momentum rolling.

Let’s not talk about Roman Reigns. He is a silly thing.

Remember his promo one year ago?

Vince has his fingerprints all over Reigns. The poor beast just doesn’t have Rock’s ease of speech, quick wit or natural charisma. He’s clunky, awkward and just sad at times. But he’s the new golden goose and Vince is going to ride him until he drops. Everything about this feud with Sheamus is as transparent as Sheamus’ skin. Vince thinks that since fans hate Sheamus, they will cheer for Reigns, and that will kickstart his eventual title reign—be it at TLC or the Rumble—and give him enough momentum to get past the fans initial dislike of him as the top guy. The problem is, Sheamus isn’t hated because he’s a good heel. He’s hated because fans don’t want to see him on their screen. Fans are annoyed by his presence, not enraged at his character. So we have a main event where the champion is disliked for all the wrong reasons and the challenger is:

Lately Raw has been putting it’s biggest match of the show, not on last but instead during halftime of Monday Night Football. This main event is so dead it might be a good idea to put it on halfway through the PPV. Otherwise, a good portion of the fans might walk out before the bell even rings. But of course, Vince always says he’d rather have a half-full arena cheering his guy, than a sold out crowd cheering for their guy.