Reigns, Ratings and the Road to WrestleMania

Based on the ratings for the month of March, it’s clear that the general audience is not buying what Vince McMahon is selling on this year’s road to WrestleMania. There are a few reasons why things are not up to the standard that WWE has come to expect as the company heads toward its annual superbowl event.

Ratings were bound to take a hit compared to the buildup to WrestleMania 28 and 29. WrestleMania 28 had Rock and Cena building toward their first clash, CM Punk and Jericho were just starting a great and fresh title feud and then there was the strong Undertaker/Triple H rematch build with HBK in the mix. All of it together made for one of the better upper-cards in WrestleMania history; the ratings reflected that.

The WrestleMania 29 buildup had Rock as the champ, coming off a great two-month program with CM Punkand heading toward the rematch of a “lifetime” (so they said). Not only so, but Undertaker and Punk (who may not have cared for the feud, but was doing great heel work with Paul Heyman) were feuding with Paul Bearer’s sudden death happening right in the middle of it. And then there was Brock Lesnar who was taking part in his first WrestleMania buildup in almost a decade. Crossover star appeal buoyed 2013’s WrestleMania season and the ratings reflected it.

This build has had to rely on far less star power. Central to that is Roman Reigns’ quest to prove his critics wrong and win the WWE Championship. Even though Undertaker and Brock Lesnar are back once again, and even with the legendary Sting set to have his first WWF/E wrestling match ever, the ratings are flat. One reason is because the aforementioned part-time superstars, brought back because of their name-recognition and crossover appeal, are basically MIA on Monday Night Raw, the casual viewers their names are supposed to attract aren’t being given a reason to tune in. It’s possible that, though the TV ratings are down, the buyrate/Network subscriptions for WrestleMania will be strong because people will want to see these crossover stars in the flesh.

While that may be an ultimate consolation prize, it doesn’t help the present problem with Raw’s stagnant rating. Sting may bring in buys later on, but right now just knowing he’s out there isn’t moving the needle. Fans may be willing to spend money on a later Sunday to watch Brock Lesnar continue to be an unbreakable monster, but right now Paul Heyman (his spokesman) is not causing those fans to watch the free weekly show. People are certainly curious to know what shape the Undertaker is in after last year’s WrestleMania defeat, but in the meantime they are content watching Better Call Saul.

Normally the big main event WrestleMania matches are built up with both competitors playing off each other in the weeks leading up to the big dance. This year, because of the limited dates (and in the case of Undertaker, what seems to be an intentional withholding of the character until right before the fight), Bray Wyatt is left talking to a pine box, Triple H is harassing Booker T and Roman Reigns is barely interacting with Heyman at all. 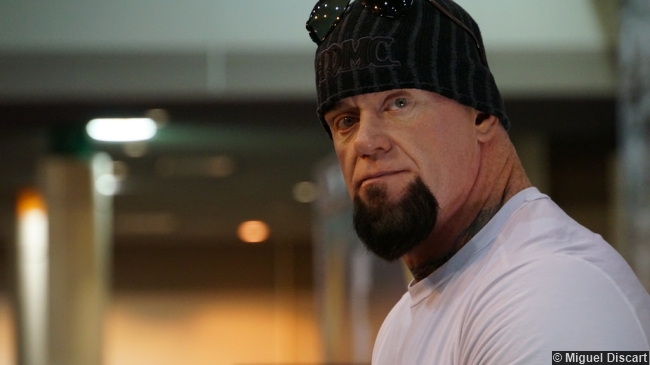 And then there’s last year’s road to WrestleMania: Last year simply had a much more compelling story at the top of the card and the ratings compared to this year reflect that. Taker and Lesnar were wrestling each other and were both only occasionally on the show. Randy Orton and Batista was supposed to be the main-event but the very idea of that 1-on-1 matchup headlining the show so repulsed the fans that they were forced to fold the Bryan vs Triple H angle into it. That left the Champion and the Royal Rumble winner to float aimlessly while the real centerpiece of the show carried things.

Without question Daniel Bryan was the centerpiece of Raw as the show headed toward WrestleMania. In that respect he was in the position that Roman Reigns is in this year. The difference is Bryan had Triple H there every week, not to mention the aforementioned Orton and Batista. There were simply more elements at play in 2014 making for a more must-watch atmosphere.

Paul Heyman is a maestro on the mic, but the casual fan isn’t going to set aside three hours on Monday night just to hear him cut a promo on behalf of the unseen champion who is wrestling a challenger that is getting luke warm (at best) reactions in unrelated segments on the show.

WWE’s struggles this road to WrestleMania are a combination of the top three feuds featuring half of the competitors (each) not being on TV, and the fact that the top feud of the event, and the match for the title is not anywhere nearly as compelling as last year.

With WrestleMania right around the corner it doesn’t seem like much can be done to change things. WWE is just going to have to go with what they have and hope that those casual fans–many of whom have found other TV to watch–will remember that WrestleMania is right around the corner and will purchase the PPV/subscribe to the Network in order to see it.

And then there’s the fact that the top three matches feature six competitors, but only two of them (Roman Reigns and Bray Wyatt) are full timers, and only one of them is a babyface (the character you need to appeal to the fans), and he’s the most apathetically received WresteMania title challenger since Undertaker challenged Psyco Sid in the fiasco that was WrestleMania 13. 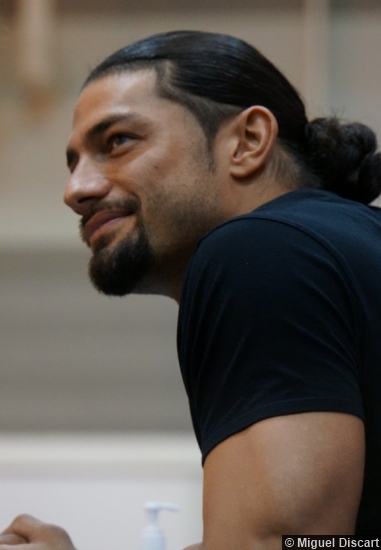 The other four wrestlers in the main event matches range from semi-regulars (Triple H and Brock Lesnar) to once-a-year performers (Undertaker) to possibly a one-and-done guy (Sting). Meanwhile the undercard, though featuring fights that are sure to please, features the rest of the full-timers working in crammed-together matches. Daniel Bryan looks set for a ladder match (despite coming off a career-threatening neck injury) for the IC title. John Cena is headed toward a match with the US champion, Rusev. Damien Mizdow and The Miz are being thrown in the “get everyone else on the card” Battle Royal, despite having a midcard story/feud that has resonated better than any feud between non-main-eventers has in ages. Stardust and Goldust, who seemed destined for a brother vs brother clash on the grandest stage, now look either to be thrown into the jumbled IC title picture or into the jumbled Battle Royal. Either way, Stardust (who certainly needs a big WrestleMania moment) and Goldust (who certainly deserves one) are on the outside looking in when it comes to 1-on-1 feuds.

The three main event matches will probably last around the standard 20-minute timeframe. That means half the wrestling on the show (since WrestleMania usually features about 2 hours of wrestling on the 4 hour broadcast) will be devoted to matches featuring guys almost guaranteed to be off of television afterward. The other five matches will have to take up the other half. Big matches taking up big airtime is not unexpected, but when those big matches are overloaded with part-timers, it’s a little harder to swallow.

Going forward, WWE is either going to need to expand WrestleMania to five hours, or find a new way to feature the stars and legends of yesteryear. If you do the latter, shorter matches is one way to feature part-timers (does Sting really need to be in a 20 minute match? No, but he’s going to be because that’s the current modus operandi), a big in-ring segment like the Rock/Hogan/Austin show-opener last year is another way to get legends in front of the crowd for one last big pop.

On the other hand you could just extend the WrestleMania broadcast time. While five hours may feel like a long time, keep in mind that WrestleMania is already essentially a five hour event to begin with. Much of the crowd is already in their seats with an hour to go before the opening pyro; video packages play, the commentators are introduced and the annual preshow match is presented. Scrap the 40 minutes of hype videos (which are always played again before each match anyway), fold in the preshow match into the extra hour, and you’ve still got time for another match or two. Even if you only added one match (two, counting the preshow match) to the card, you will have enough time left over to give the undercard more time to perform.

There’s a lot to worry about when looking at the Raw ratings numbers, and hopefully WWE and Vince McMahon will look at the way they’ve booked WrestleMania in the past and correct what needs improving. Because right, a show loaded with great-but-short undercard matches looks set to disappoint, not only the weekly viewers but also the PPV buyers, with an uppercard of past-their-prime legends and a top babyface that fans aren’t yet buying as a maineventer.