The Takeover is done: What’s next for NXT? 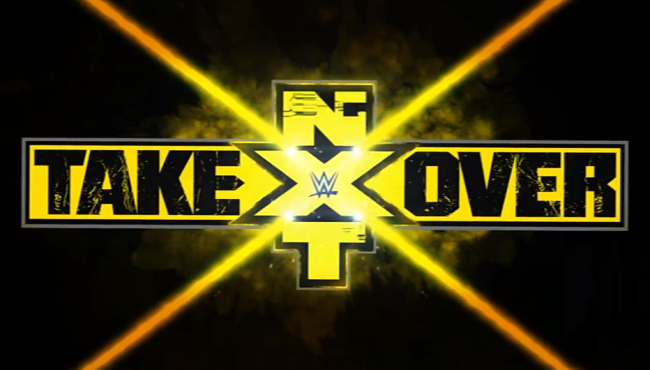 Less than two months ago NXT arrived. Sure it announced it’s arrival almost two years ago at its first network special, but the time between NXT ArRival and NXT Takeover: Brooklyn was only the slow maturation of the little baby that was born years earlier. The egg was hatched in a warehouse, where dozens of fans first discovered Seth Rollins, Dean Ambrose and Bray Wyatt. It started its adolescence with ArRival, as Sami Zayn lost his brilliant bout with Cesaro but won the Swiss Superman’s respect. From then until Brooklyn the product continued picking up steam as fast as it was picking up new faces. Finn Balor, Hideo Itami, Kevin Owens and more all “arrived” to “takeover” the little yellow brand, and all succeeded in their own way. But the show itself had not truly arrived until it sold out the same arena that hosted SummerSlam and Raw the next night. On that August evening, NXT stood toe to toe with its WWE parent, and in a move that would make Oedipus proud, totally surpassed Daddy Vince.

A few hours before showtime, Triple H told his NXT babies—about to make their first foray into a WWE-sized event—“if you can make it here [New York], you can make it anywhere.”

He was speaking to them individually. If Alexa Bliss can get the reaction in New York that she was used to getting in Full Sail, she’s made it. If Bayley can get a crowd of 15,000 New Yorkers (and those of close proximity) to scream, cheer, and ask for a hug, she’s made it. If Finn Balor’s demon persona can be accepted at face value by these fans, he’s made it.

Not only did it make it, and not only did it far surpass the mainshow offerings that aired the next two nights, but NXT’s Brooklyn show was so perfectly executed and so well received, the idea of returning to Full Sail on an almost-full time basis seemed…backwards.

But return they did, not only to tape the weekly show (which continues to be consistently better than anything RAW or SmackDown has done in years), but also for another Takeover special. Sure they have another big arena show scheduled for London in December, and they have another one planned in Dallas for WrestleMania weekend, but the show is definitely not going “on the road” the way Raw and SmackDown is. The fact is, NXT is still a money-loser for WWE. It’s not just a development-brand, it’s a financial investment into the future. Tickets are too cheap and the show tours too infrequently to make any money. With a few exceptions, superstars of NXT are still paid a fraction of what a mid-level Raw talent is paid. 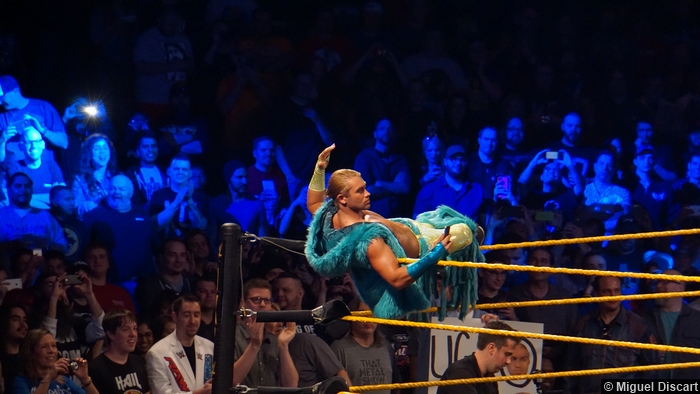 There’s a lot that still needs to happen before NXT truly becomes what Triple H claims it is: It’s own distinct wrestling brand.

And yet, the show—as a show—has grown beyond the small confines of Full Sail University’s 500ish seat arena. This isn’t a situation like TNA had a few years ago when they decided to leave Orlando’s Impact Zone behind. That was instantly a bad decision, as the show that was already losing money more often than it was making it, started hemorrhaging cash to cover the costs of full-time touring. TNA is a dead-in-the-water brand. Even at its hottest point (arguably in 2006-2007 when Samoa Joe and Kurt Angle were feuding for the World Title, while the X-Division was going strong) TNA could not have sustained a full-time touring schedule.

NXT on the other hand is the hottest wrestling show in town.

The problem Triple H and Vince McMahon have, however, is figuring out how much of NXT’s fan enthusiasm is because of or in spite of its limited offerings. In other words, is NXT only a hot ticket because it’s not readily available the way RAW/Smackdown is? Are fans only crazy about seeing Bayley vs Sasha Banks because it’s only been seen (before Brooklyn) in front of 500 people in central Florida? The opposite of that would be John Cena vs Randy Orton (arguably the two biggest full-time names WWE has), which bores fans to tears every time it happens because it has been seen numerous times in every major city from sea to shining sea. So is NXT genuinely popular enough to tour major cities in 5,000-10,000 seat arenas, week-in and week-out? For the first year or two it should have no trouble selling out arenas, but what happens after that?

It seems what has to happen is NXT needs to become, not a better Raw circa 2015, but a better Raw circa 1995. It needs to tour big markets, film a few weeks in advance and slowly expand its roster. It’s a sort of chicken-and-egg problem, in that the money to expand the roster comes from expanding the show’s presence, but expanding the show’s presence means touring (which—at first—loses money). WWE is going to have to bite a bullet, financially, if they want to grow the brand. The thing is, I don’t think Vince McMahon wants to do that. I think he’s content to let NXT remain just the size it is. It’s good enough right now to appeal to the hardest of the hardcore wrestling fans, and it’s a big reason why the WWE Network has the good subscription numbers it has. Why spend money on “developmental” when money is needed to book extra dates for Brock Lesnar, Sting and potentially The Rock.

Say it with me: BRAND. SPLIT. 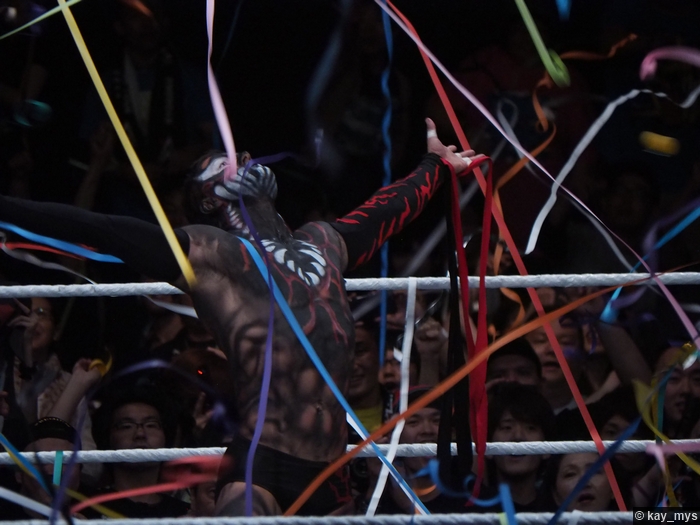 Right now Monday Night Raw’s ratings are as bad as they have been since the pre-Attitude Era days.  The ratings for the show at the end of September marked the first time Raw finished below a 2.4 rating on USA (in back to back weeks) since April 1997. Yes, the cable market is a lot different than it was back then, but a trend is a trend and right now WWE Raw is trending down. Another 2,000 words could be written about what’s wrong with Raw, but to summarize: There is no urgency to the show. It’s boring to watch. It’s boring even to read recaps. It moves too slowly, nothing major happens, and when something major does rarely happen you don’t have to worry about missing it, because it will either be replayed a dozen times, or simply repeated the next week in front of the same 2.4ish audience. There’s no competition, and thus no drive to do better or surprise the viewer.

Meanwhile Smackdown moved from Friday to Thursday and the ratings have continued to crater there as well. No one cares about watching the blue show because (A) Nothing important happens that is exclusive to it, and (B) anything important that does happen, happens again on Raw when more people are watching. Vince and co. have fostered an environment where there is either no reason to watch Smackdown or where watching it is actually a punishment, because anything good that happens is either ignored or repeated later on a different show. The brand will soon be moving to USA and the talk is that it will be given a renewed focus, blah blah blah.

We heard that when the Brand Split started, and—despite being the better of the two shows—it was talent-raided constantly in order to keep Raw afloat. It was never treated as an equal brand; it was always the #2 WWE show, just with different stars.  We heard about a renewed focus when the brand split ended; Vince said the show would be integrated better with Raw, but instead it just became Raw-lite. The biggest stars rarely ever appeared and nothing of consequence ever happened. We heard about a renewed focus on the show when it moved from Friday to Thursday. But, other than the bizarre “Blue and Silver Raw” after the post-Royal Rumble blizzard of 2015, the show hasn’t mattered. Does anyone think it will suddenly matter when it changes channels to USA? No.  Raw is already three hours (and about 90 minutes too long); there simply isn’t enough “sports entertainment” to go around.

If you move NXT to Thursday nights on USA…now you’re cooking with gas. You have an entirely different brand, with different production behind the scenes (no Kevin Dunn), a different look (different placement for the hard camera, black canvass in the ring, NXT branding more prominent than WWE branding), and a different roster (the top NXT talent, plus a few unused WWE guys–which is what NXT has been about lately), and you’ll suddenly have a reason to watch. It’ll have its own storylines, its own announce team, its own look and feel. It will have a reason for being, which Smackdown doesn’t have. 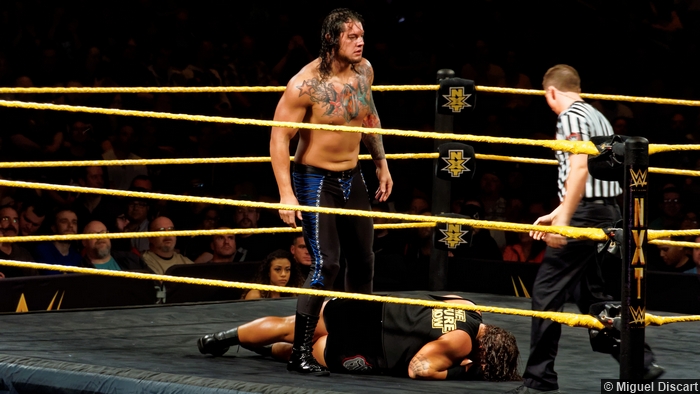 What happens to the WWE Network show that airs every Wednesday? You keep it. Use it as a showcase for the development talent that is still learning the ropes. It will lose a lot of its importance, and it will go back to being what it was before the Network, only it will be on the Network, giving the newest of the new talent some exposure before they move up to either Monday night or Thursday night.

NXT proved it was good enough to stand on the same stage as WWE. If given the chance, it can prove itself a viable touring brand as well. All it needs is a platform. Thursday nights need an overhaul; fans need a reason to watch on Monday nights and Raw needs some competition to get its creative juices going.

NXT made it, now it needs to be allowed to make it weekly.