A few days ago we took a look at the numbers related to the WWE Network. Over 600,000 subscribers had been netted by the time WrestleMania 30 aired. No new numbers have been given but it’s a safe bet that the network has grown to nearly 700,000 since then. That’s still a bit off from the needed “1 million” number in order for the venture to break even. The company is publicly touting that as their goal, but internally they know they need 2-3 million subscribers in order to turn the Network from a risky proposition to a legit money-making enterprise.

The fear of a garbled stream no doubt discouraged many potential subscribers in the days leading up to WrestleMania, but with two Pay-Per-View events (now dubbed “Special Events”) under its belt, the Network has proven itself capable of handling the large volume of web traffic and presenting a high quality home-viewing experience. All that’s needed now is to lure in those who are on-the-fence and convince them to make the plunge.

In addition, WWE has to ensure that they retain their initial batch of subscribers; the six-month subscription is set to run out (for those who signed up in the first week) sometime in the days after SummerSlam. It’s a long gap between then and the road to WrestleMania, and the Network is sure to see some dropped subscriptions between September and January. It behooves Titan Towers to constantly update the Network in order to maintain a net-positive in subscribers.

With that said, and writing as someone who ordered the Network on day one, and regularly uses it (a few hours a day, on average), here are five suggestions for improving the experience on the network and ensuring, not only that WWE ropes in the fence-sitters, but retains those thinking of giving up on it… 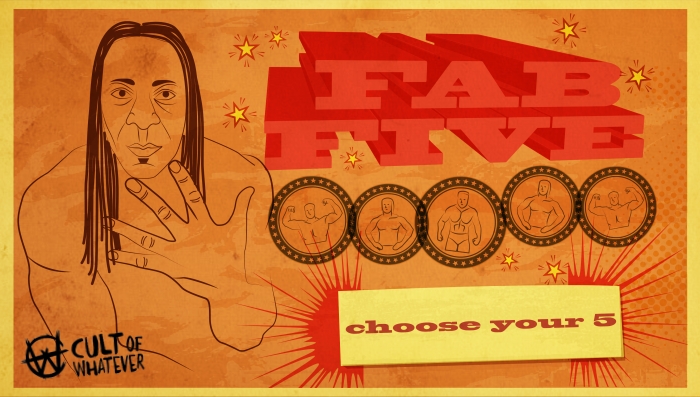 WWE Legend Booker T, in his all-to-brief stint as a commentator, liked to talk about his “fab five,” a rotating list of superstars that he thought was doing their best work at that moment. That concept can be applied to the WWEN and would further distance the network from its supposed-rival, Netflix.

The most constant criticism of Netflix is the overwhelmed feeling that there’s so much to watch the viewer doesn’t know what to choose. The running joke is that Netflix users (this writer among them) will sometimes spend their entire TV time browsing for what to watch without ever settling on anything. Live TV has the advantage of being able to just turn it on and let it go.

The WWE Network very smartly went with a “live TV” stream that automatically plays whatever is on the schedule. The problem is, wrestling is rarely filmed in 20-40 minute blocks. Turn on the WWEN on any given day and you’re likely to be in the middle of a 2 or 3 hour program. There are a few original shows (Legend’s House, Countdown, etc) that run in the sub-1 hour range, but those are vastly outnumbered when you look at the tape library available.

If you just wanted to watch something during your 30 minute lunch break, you’re probably going to use the search feature, and that puts you right in the “Netflix” problem of wondering what to choose among the limitless possibilities.

“Fab Five” solves that problem. You select your five favorite superstars (past or present) and whenever you want you can click their name and the Network will randomly pull up a segment for you to enjoy. The feature can be customized by length (no more than 10 minutes, no less than 2 minutes, etc) or by type (matches only, no interviews, etc). Imagine if you had “The Rock” in your “Fab Five.” You have 10 minutes to kill so you select The Great One and out pops a random segment from a 1999 Raw. Maybe it’s a promo he cut in advance of a match. It’s nothing mind-blowing, but it’s entertaining. That’s the point, right? Select CM Punk and out pops a random Smackdown match from 2007. No more wondering what to watch, no worry that you might waste your time with a Red Rooster segment.

This one is a simple addition that would make the viewing experience so much better. Currently, when watching on a computer, the Network has a time-bar with a little dot representing the current spot in the show. If it’s live TV the dot is always at the far-right; replays have the dot slowly working its way over from the far-left. If you want to jump forward or backwards in the program you move the little dot. Seems simple, right? It’s not; it’s simplistic. There’s a difference. Simple means uncomplicated; simplistic means undeveloped.

There’s no way to know how far back you’re going. You’re forced to guess, and usually you end up overshooting it. Recently they added time-stamps that indicated the start or end of a match, but if you are in the middle of a TLC contest and wanted to replay a spot, the only option you have is the “10 second” skip-back feature. Pressing it usually takes about 3 seconds to load and, if you need to jump back, you have to wait and then press the button again, and then again. Some of these matches are 20 minutes long; what if I want to go back and watch a great sequence that took five minutes to complete? What if I want to jump forward?

Steal an idea from DVR and offer a 30 second skip button. One press and you jump back half a minute, not too much so that you jump past it, but not too little that you’re forced to click-click-click. It’s a simple addition, but a needed one. Not all shows currently have the time-stamp buttons on them either (and shows featuring Benoit will never have him time-stamped, as that feature is tied to the search feature), and those that do skip the ring-introductions and spoil the match-endings. The 30-second skip solves that, and lets the viewer have greater control over his viewing experience. 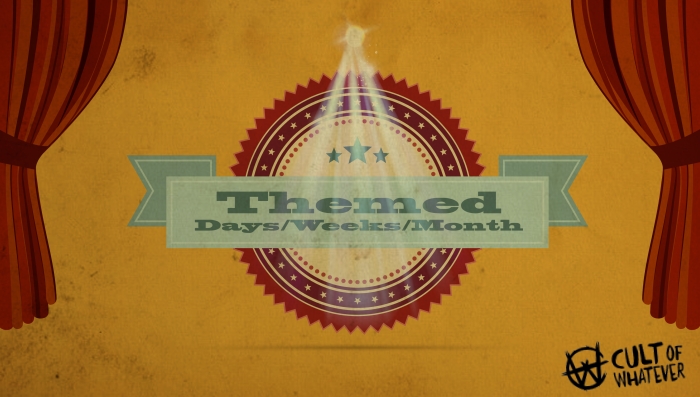 The sudden death of Ultimate Warrior illustrated the value in offering themed weeks. “Warrior Week” was apparently a big hit with the network (tragedy-aside) as many people watched the various documentaries and retrospectives that aired. There’s no reason to wait for the next tragedy.

Imagine a themed month in June dedicated to King of the Ring. In addition to replaying the PPV’s in primetime, you also do retrospectives akin to “WrestleMania Rewind” featuring sit-down talks (or, as they usually do, chopped up bits from previously released documentaries) from past winners or participants in big matches. Have Countdown (the consistently-best show on the Network) cover the top-10 winners, top-10 matches, top-10 runners-up, top-10 reigns of the king, etc

Imagine Stone Cold Week and let the ideas flood your brain. Imagine a Sting Week and just think of the interest that would bring in (his will he/won’t he with the WWE is one of the top wrestling-related searches on the internet) Why not a Great American Bash Month with specials hosted by Dusty Rhodes? The possibilities are endless. You run very little risk of alienating anyone (there’ll be plenty of time for other programming to air), while at the same time you stand to gain potential viewers who might be interested in a ECW day or a Eddie Guerrero Week. Content like that not only keeps current viewers engaged, it gives them a reason to talk about the Network with those who are on the fence.

Don’t take it for granted 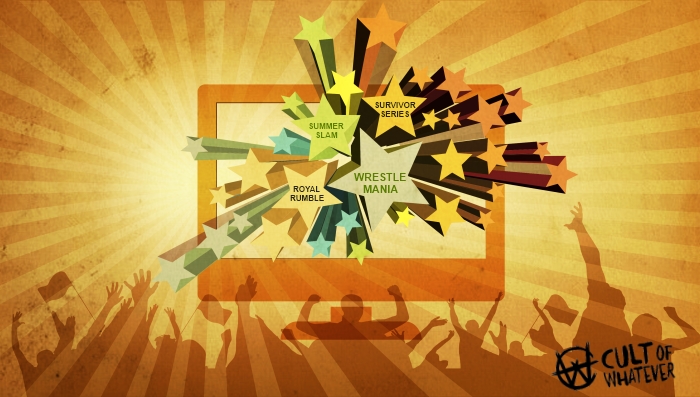 With satellite providers dropping support for WWE Pay-Per-View events, it is imperative that the Special Event shows on the network never take a month off. Gone are the days when the company could run Randy Orton vs Big Show as a PPV main event and think, “we’ll do something better next month.” That mindset worked in the days of 12-14 PPVs a year where everyone knew they weren’t going to get people to pay $60 bucks three months in a row. They’d take a month off, sacrificing one buyrate, in the hopes of popping a bigger one the next month.

When the Network was announced to have every PPV air at no additional charge, people wondered if that meant WWE would take their foot off the gas. After all, it’s only $9.99 now, so why bother. The problem with that is, without a PPV revenue stream, WWE needs to make sure their subscribers get their monthly-money’s worth. Should we be grateful that we essentially get Extreme Rules, Payback, Money in the Bank, Battleground and SummerSlam free with the purchase of WrestleMania 30? Yes, but it doesn’t work that way. Not anymore, at least.

The WWEN is not a monthly PPV provider; it’s a 24/7 content provider. It’s not competing with PPV, it’s competing with Netflix. The Special Events like Extreme Rules or Payback are akin to the next season of House of Cards or Orange is the New Black. They drop at irregular intervals and cause a spike in subscriptions and give long time subscribers something new to devour. Take that away and you’re left with just old movies and TV show reruns. In other words, you’re left with content you can get in other places. That’s why Netflix was determined (and secretly desperate) to branch out into the original programming game (famously declaring their need to “become HBO before HBO becomes us”): Old content is just bonus; new content is what wins and keeps subscribers.

With that said, the WWE Network has to offer top-notch original content. Things like Countdown, Legends House, Monday Night War, etc, are good stopgaps, but the real cream of the crop is 3 hour Special Event wrestling shows. If Payback sucks, no one is going to say “well it’s only 10 dollars.” They’re going to say “This isn’t worth 10 dollars.” Is that fair? Maybe not, but that’s the risk WWE took when they stepped away from the $60 dollar-a-month PPV business. The WWE Network is a whole new venture and it has to be treated differently… 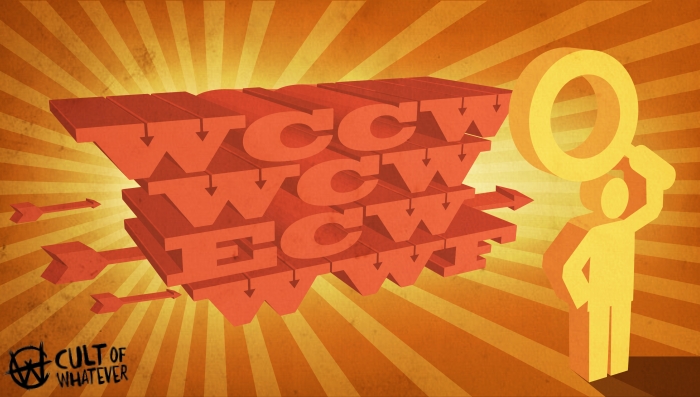 …which is why WWE needs to change the way they advertise. They’re still trying to sell the Network in the old way. They sell it like a PPV, hyping it a few times a broadcast. They sell it like a TV channel, hyping the latest episode of the latest show. That’s a good start, but they need to do more. “$9.99 with every PPV free” is the message that has to be at the forefront of every pitch, but beyond that they need to micro-target.

They need to run commercials and web-ads focused on WCCW and the other vintage content. They need to advertise their WCW library, ECW library, classic WWF library. There are fans out there who grew up with that stuff but don’t follow the current product and thus don’t listen to Michael Cole blather on about Legends House every Monday Night.

They need to market themselves like Netflix, beyond their stupid “Netflix but better” catchphrase. Despite offering only a singular brand of entertainment, the amount of history they offer with their tape library is varied enough to rope in a quarter of a million potential US subscribers who might otherwise have never bothered with it. All it takes is a big-picture approach to advertising, and a focused, micro-targeted approach to the ads themselves.

The WWE Network is already a success, in that its streaming quality has performed remarkably well and its subscriber total is over half-way to breaking even less than 3 months out. The current product is also seemingly in the start of a renaissance of sorts, and potentially the next mini-boom in the industry. This is the perfect time to try a venture like this, and with the right tweaks, it can take off and soar to even greater heights.