WWE Network: Growth Potential and the Numbers That Matter

CES 2014 set the stage for an all new collection of wearable devices, tablet computers, and innovations in 3D printing. Quietly rolled out amid all the tech bombshells was the announcement of the WWE Network. Word quickly traveled beyond the walls of the wrestling arena and in no time, the world realized that this one announcement had game-changing potential behind it.

The WWE Network is slated to deliver original shows, tons of content from the old school library, and the annual roster of 12 PPVs for $9.99 per month, with a six-month commitment. Similar to Netflix, the network will be available on PCs, gaming consoles, mobile devices, and media streaming gadgets like Roku starting February 24, 2014. 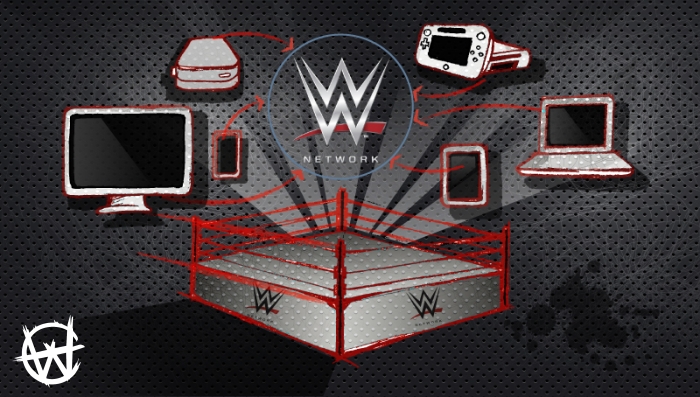 It’s an anytime, anywhere sports entertainment experience that could set the blueprint of success for video streaming ventures moving forward. For the wrestling slappy, it’s a dream come true.

Initially, there was speculation over whether Wrestlemania would be excluded from the package, seeing how it’s billed as an extra special extravaganza. Now we know that a monthly subscription to the WWE Network will include all 12 PPV shows at no additional cost. Wrestlemania and non-Wrestlemania events are currently priced at $59.95 and $44.95 respectively. You can usually add ten more bucks if you want to watch in HD. Right off the bat, you see, the network is saving the dedicated fan hundreds per year.

Money in the Bank

The PPV component is a nice treat for WWE fans, and could be a driving factor in the company’s decision to push forward with the network. Behind the massive success of the first Wrestlemania, the WWF helped pioneer the pay-per-view concept that currently hinges on sports and sports entertainment for its very survival. Last year, rival TNA trimmed its pay-per-view schedule back to four annual shows. While UFC has a loyal following and is a huge draw in is own right, the overall consensus is that the WWE is the backbone of the ailing PPV industry.

There’s talk that a WWE exit could be akin to a Stone Cold Stunner on pay-per-view, the finishing move for a market that some feel needs to be put out of its misery.  In 2012, the company made $83.6 million from PPVs. While the 2013 review will likely show lower numbers, even recent performance suggests that the product is still a valuable asset to the PPV business.

The WWE still rakes in millions from its monthly events, but the aforementioned numbers only tell part of an alarming trend. PPV revenue for the third quarter came in at $14.6 million, down from the 16.3 million recorded during the same quarter in 2012. That 10 percent drop represents the biggest third quarter PPV loss the company has suffered since 2010.

Thanks to illegal streaming sites and other factors, wrestling fans are buying Tables Ladders & Chairs and other monthly shows less often. As a result, the pie shared between the biggest two parties at the PPV table has become substantially smaller. WWE and its cable TV partners share what has been estimated as roughly a 50/50 split of the revenue. Events like Wrestlemania will still be available through traditional means, but if fans flock to the network in droves, the cable companies would lose big.

So how many fans need to hop aboard? The company revealed that the WWE Network needs one million subscribers in order to break even. But why merely break even when you can reach for the sky and clean up? A recent corporate filing highlighting its earning potential shows that the WWE Network could attract two to three million regular paying customers. At $9.99 per month, this steady subscriber base would give the company an opportunity to generate between $225 and $350 million in additional revenue, and $50 to $150 million in incremental profits. Not bad.

Laying the Smackdown on Big Cable

As a corporate brand with a strong international presence, the WWE Network is proving to have global implications. Fans in the U.S. should be situated in time for the big 30th Anniversary Wrestlemania in April. Unfortunately, fans in the United Kingdom will be on the waiting list until late 2014. Possibly later. October 2014 is when the WWE’s current deal with British satellite TV giant Sky is set to expire.

For over two decades, the WWE brand and Sky have been a formidable tag team. The wrestling  programming helped Sky move packages, while Sky gave Vince and company support in the lucrative international PPV sector. The upcoming expiring deal is an interesting point of focus because it will eventually impact how the WWE is enjoyed in the UK. There is a chance that the company will restructure a deal that sees the network being distributed across Sky’s robust sports platform. But Sky isn’t the only player on the UK satellite scene.

Right now, Sky has heavy competition in the form of BT Sport and Virgin. There’s familiarity with Sky, but having an opportunity to maximize its profit potential may compel the WWE to flirt with fresher meat. Having recently secured a three-year deal with UFC, BT’s sports-friendly platform could be an ideal fit. Nothing is for certain in the UK market, but with at least eight pay-per-views, original programming, and replays of the weekly shows all centralized, hosting the WWE Network would be a huge win for the company that is able to secure it.

The WWE Network is a prosperous opportunity for global TV partners. It’s being viewed as a problem by paid TV giants back in the states – well at least one of them. In response to the announcement, DirectTV said that it will be reevaluating its relationship with WWE to determine whether moving forward is worth the gamble. DirecTV seems uncomfortable over the notion that the company could even consider operating without its PPV partners and all but threatened to drop the product from its catalog. 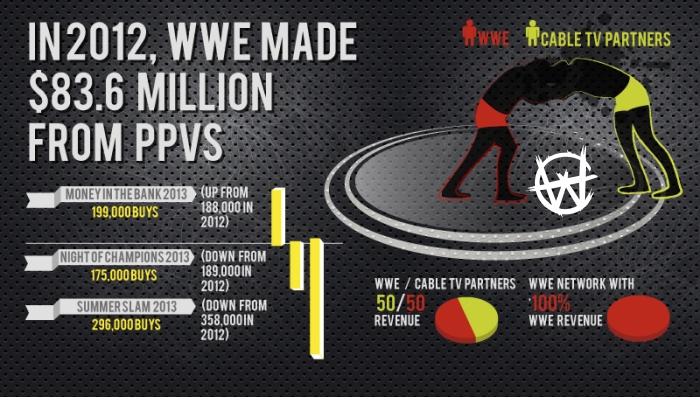 Despite the reaction from DirecTV, WWE isn’t talking about completely breaking away from the traditional structure just yet. “To the contrary, WWE hopes to continue to be in business with our pay-per-view distributors, ultimately giving our fans the choice between the two offerings,” said a company spokesperson.

The Recipe for Success and Failure

WWE’s independent foray into the world of digital programming puts tremendous pressure on its ability to support an internet-driven operation. The company reportedly hired MLBAM to make sure this initiative is backed by the performance and reliability it needs to flourish. A veteran in the video streaming field, MLBAM provides the expertise and state of the art infrastructure to store and process the data that makes up WWE’s massive network. The glitches associated with Healthcare Reform illustrate what could happen in a worst case scenario, but with a two-year headstart, the Connecticut-based firm looks to be prepared to handle the rush.

Content is king in the digital space, and the WWE is planning to treat its loyal Universe to 1,500 hours worth of it at launch. Old school fans will likely gorge on healthy helpings of ECW, AWA and other nostalgic material from the golden years. This stuff sounds great, but new content will be crucial moving forward. WWE NXT will likely hold some interest. WWE Legends House is coming in April. The E! hit series Total Divas will reportedly show up in some form. Whether or not this lineup of fresh content continually appeals to the new breed of younger fans remains to be seen.

One part of the content conundrum is creation. The other part is delivery, and with two major channels at its disposal, Vince’s company may have to make some tough decisions. Some of the WWE compilations do fairly well on the sports DVD market, but there are some troubling signs on the traditional distribution front. According to a 2013 third quarter earnings report, WWE made $5.2 million in DVD sales. While that number marked a $1.9 million profit, it was also 24 percent down from the earnings of 2012. With the possibility that on-demand programming could further eat into those sales, the company may decide to cut yet another middle man in making its video releases directly available on the network. 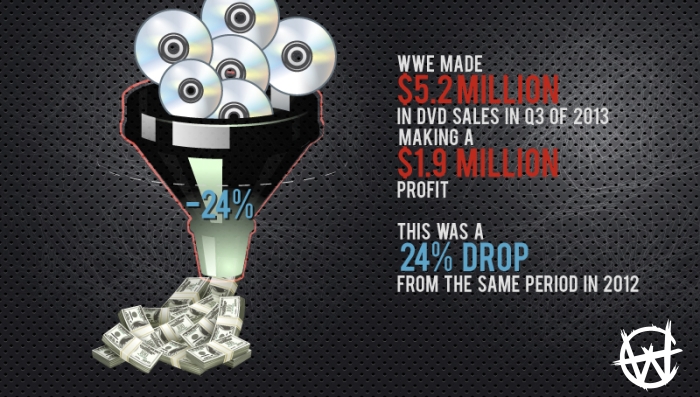 En route to a revolutionary status that could leave the cable giants wrestling for leftovers, the WWE looks to be in a no-lose situation. However, there are risks. An official network fans can trust will certainly cut down on the illegal streams, but what if the number of subscriptions show that interest in wrestling is at an all time low? What if, after yet another return by Y2J, Batista, or The Rock, the concept loses steam in a year or two?

It’s possible that the network could bomb, and if it does, the WWE will find itself at the mercy of those very TV companies it threatens to disrupt. Those companies may decide to play ball extremely hard when Vince and crew go to the table to restructure their deals for shows like RAW and Smackdown, which is where most of their profit potential lies. Just how hard may be determined by how the replays of those programs on the network impact viewership of live episodes. A network flop wouldn’t necessarily put the WWE out of business, but having its advertising capabilities limited by vindictive TV partners could result in an experience more humbling than the XFL botch. 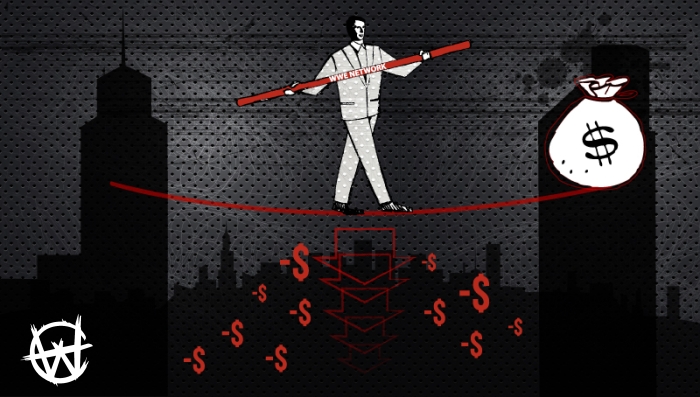 At one time, the WWE Network was speculation. A leaked proposal of an idea so ambitious it seemed like even the WWE had no clue how to get it off the ground. That rumor is now a reality with quite the few layers to it. What role will you play in its future?