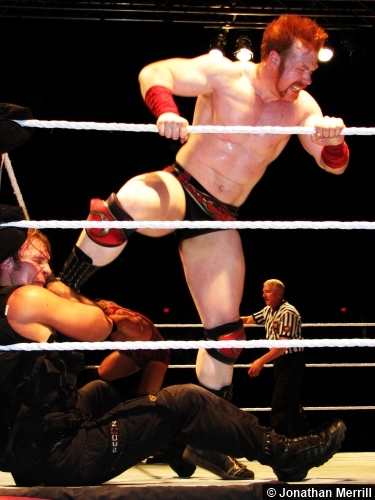 Three nights before the biggest SummerSlam in WWE history, the 835th edition of WWE Thursday Night SmackDown came to you from the Resch Center in Green Bay, WI. Four of the most intense rivalries on the SummerSlam card would collide in one huge main event as “The Big Dog” Roman Reigns and “The Lunatic Fringe” Dean Ambrose would team with “The Swiss Superman” Cesaro and “The Viper” Randy Orton to face the team of “The New Face of Fear” Bray Wyatt, Luke Harper, Kevin Owens, and “Mr. Money-in-the-Bank” Sheamus in an epic 8-Man Tag match! Which team will pick up some crucial momentum heading into “The Biggest Event of the Summer”? Can Bray Wyatt, Luke Harper, Kevin Owens, & Sheamus function as a team given Kevin Owens’ history of abandoning teammates?