A Strong and Sawft review of DareDevil: Episode Two

I know you’re afraid, but you can’t give in to the fear. 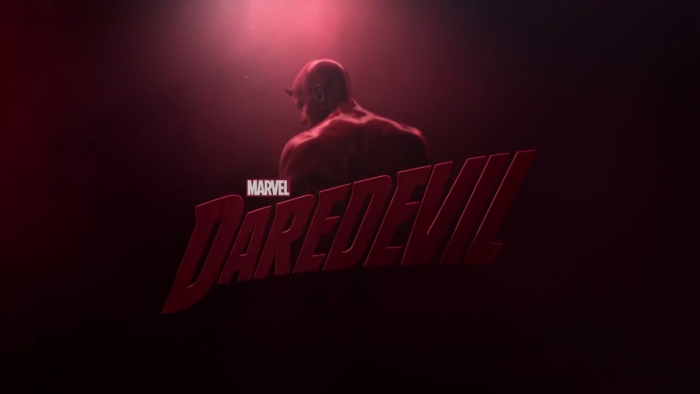 If you want a comic-accurate series, you have to take the good with the bad.

Matt’s dad is a boxer, so of course he’s a man of virtue being forced by financial hardship and mob pressure to throw fights. It’s a cliche, but its DareDevil. That’s part of the mythos. Matt opens the episode beaten up and left in a dumpster to die, but the cliched “nurse on her night off” is there to rescue him (and not call the cops, which is the most obvious thing a real person would do). It’s cliched, but that’s superhero comics. They almost all have one version of that story or another, right down to the in media res open that leaves you wondering how the hero got so beat up in the first place. Really, the only thing missing to complete the cliche was the momentary amnesia by our hero.

Seeing the title of the episode was “Cut Man” I feared that we were going to move away from the gritty, down-to-earth, nature of the show too quickly and instead jump right into the supervillains-of-the-week. I’m not saying I’m against an appearance by “Stilt Man,” but let’s maybe have some more world-building first.

The theme of this episode is the early struggles of Matt Murdock as DareDevil. We find out that our hero has quickly made a name for himself in the city. To honest people trying to get by, he’s a whispered-about folk hero bent of ridding Hell’s Kitchen of crime. To the crime syndicate (which, as far as I can tell, is a singular unit with multiple wings), he is a menace that needs to be squashed.

Watching the first two episodes (I haven’t yet seen episode three), they feel like two halves of the same story. Obviously that’s going to happen when a show is as serialized as this, but the carry over from one to the next reminded me a lot of the first two episodes of Smallville, where events in one episode led to the villain and the plot of the second. It wasn’t so much a continuation of the overall story of the season, but just a furtherance of the left over plot from the first episode. I’m not knocking it necessarily, I just wonder if that’s going to be the style going forward. If so, it may end up tiring around episode nine or ten, when the final thirty seconds are used to set up the plot of the next episode.

This second episode offered viewers some exposition to summarize the motivation for Murdock’s night-time crusades. We’re also given additional insight into his past. With his dad being killed in this episode, I wonder if we will see anymore of young Matt Murdock. If not, that only reinforces the idea that this was a two-hour season premiere that just happened to be split into two individual episodes.

Once agin, the death of Matt’s dad checks the box labeled “pivital death of the hero’s mentor” and fulfills that cliched obligation a comic book story needs. It’s good that it happened so early in the season, though. There wasn’t much left for Matt’s dad after he refused to throw the fight. Why prolong the inevitable? So it may have been a cliche, but it was handled with care.

One thing that has, refreshingly, remained unsaid is how and to what extent Matt’s powers work. It’s obvious the chemicals he crashed into as a child (episode one) heightened his senses, but it’s nice that–though there was an obvious moment to do it when talking to the nurse–the show has decided to keep things understated and implied for the audience to figure out. Yes it’s a comic book show, but it’s not one for kids: Adults can put two-and-two together on their own.

And if there was any doubt that children should not be watching this show, then the rooftop interrogation scene answered all questions. Here, things went dark. When the good samaritan nurse lady suggests you stab the tied up bad guy in the eye (or almost) with a knife, the show is DARK. When the “hero” dumps said bad guy off the roof, not knowing if he would live or die, the show is DARK. But that’s Daredevil. That’s the mythos. You can’t hide from it and still do justice to the character he has evolved into over the decades. He’s a guy who will fight for your rights at noon in court, and then break your shins at midnight in the alley. Like the apostle Paul who spoke of the “goodness and severity” of God, the Catholic Matt Murdock wears a twisted sense of justice and vengeance on his sleeves. Is it a cliche? It’s DareDevil.

It’s clear, however, that the criminals he fights are not petty thugs. They answer to a higher power and it’s only a matter of time before DareDevil and Kingpin cross paths. It was teased for fans at the end of the first episode, when Fisk inquired about Karen’s lawyers. Fisk’s associate passed them off as ambulance chasers, and Kingpin didn’t seem to disagree. He did, however, insist that a file be opened on them, to keep tabs on their future activities.

In the comics, Fisk eventually discovers the identity of DareDevil. In fact, it eventually comes out to the whole city who DareDevil is. I wonder if the show will reach that major turning point. Probably not this season, but maybe if Netflix orders another thirteen episodes.

Two episodes in and already his secret identity is getting out. C’mon son!

Last episode, the flashbacks served to bookend the present day action. This time they peppered the show and built toward the moment when you realize why Murdock would risk everything to rescue that boy. The death of Matt’s dad and his being separated from him forever is what would motivate him to fight crime in court and on the streets. Having that pivotal moment jumpcut to the hallway where the amazing final fight scene would take place was a brilliant bit of editing. Lesser shows would have made the connection with dialogue. DareDevil, for a series about a blind guy, has got a knack for knowing how to show and not tell.

Foggy and Karen and some very bad acting. Actually the fault was both with the acting and the writing. Everything was too on the nose; a fault of the writing. Also the performances were too “recited from a script;” a fault of the acting (or possibly, the directing). None of it felt real. Things only got worse as the two drunkenly stumbled to Matt’s apartment. I’ve never drank a drop of alcohol in my life but even I could mimic a drunken stupor better than those two.

On the other hand, Claire and Matt had a much more natural, much more real series of conversations. On the surface it was all just as cliched as the bar-time convos of Foggy and Karen, but the acting was much stronger, and the chemistry much more tangible.

Was Matt’s dad working for Fisk? I know he was throwing fights for the mob, and was long before Matt was stricken blind, but the details of his mob associates are left vague, other than their Italian origin. I don’t want to criticize something on the basis that it might be done, but there better be some stellar writing to tie it all up if it does come out that Kingpin was the “big bad” behind the scenes back then. That seems…too pat to me. Now if it comes out that Fisk was a lowly hit man at the time and personally carried out the hit on Matt’s dad…that’s still a huge coincidence, but I like it better than the alternative.

Since it’s hard to give a “sawft” to a hypothesis, I will give one for this: Matt’s dad basically committed suicide because he wanted the crowd to cheer him one more time. That’s basically what happened, right? He knew he would get killed for not throwing the fight, which is why he placed a big bet on himself (in Matt’s name) and ensured that the lady he called was ready to take care of Matt. I dunno dad, couldn’t you have not ensured your immediate death? Wouldn’t that have been better for your kid than whatever winnings you made on your fight? Or better yet, why not move out of Hell’s Kitchen? Also, what if Matt’s dad had tried to win the fight but lost in, say, the first round? Talk about egg on your face: losing the bet AND your life.

I can’t say enough about the beautifully shot fight scene at the end of this episode. It was maybe the prettiest looking fight I’ve seen on TV, ever. Almost entirely single take, in a hallway, with some of the biggest moments happening off camera while DareDevil and the goons burst into another room. Throughout the action, the camera remained focused on the empty hallway, with its end being the door leading to the small boy wishing to be reunited with his dad. Much of the fight forced us to rely on our hearing to keep up with it, in a nod that couldn’t have been more on the nose if it tried, but I’m not complaining as the pacing and choreography made for a breathtaking final scene.

Some cliched–though necessary–tropes and some clunky scenes with Foggy and Karen hurt things a bit, but whenever the camera was on DareDevil I couldn’t look away. Both the quiet moments with Claire, the intense moments on the rooftop, and the thrilling final fight show how great this show already is two episodes in.