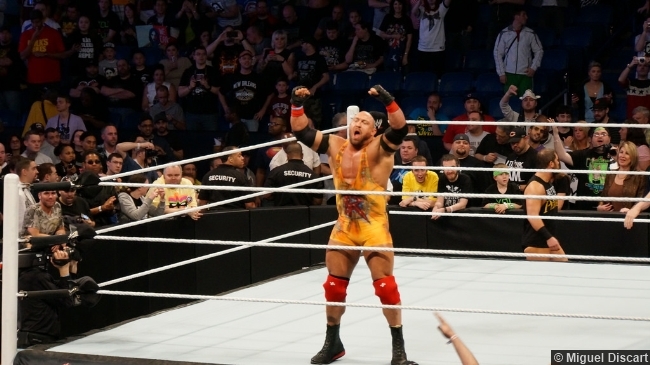 Four nights after Fastlane, the 810th edition of WWE Thursday Night SmackDown came to you from the Philips Arena in Atlanta, GA. After narrowly failing to defeat Roman Reigns at Fastlane with a main event spot at WrestleMania on the line, Daniel Bryan would team with his Fastlane opponent, Roman Reigns, in a victory over Randy Orton & Seth Rollins on RAW and, on SmackDown, Daniel Bryan would kick off the show. Now that he is not in the main event of WrestleMania, what is next for Daniel Bryan? Will Bryan be able to find a spot on the card for “The Show of Shows”?

SmackDown would also host a rematch from Fastlane as, in 6-Man Tag action, “The Show-Off” Dolph Ziggler would team with Erick Rowan and “The Big Guy” Ryback to face three members of The Authority in “Mr. Money-in-the-Bank” Seth Rollins, The Authority’s Director of Operations Kane, and “The World’s Largest Athlete” Big Show! Will Dolph Ziggler, Ryback, & Erick Rowan be able to avenge their loss to The Authority at Fastlane or will The Authority use their underhanded tactics to score another victory on SmackDown?