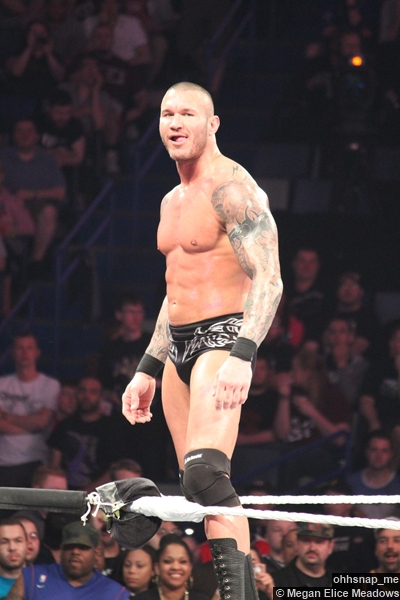 One night after the inaugural Fastlane set the stage for two huge matches at WrestleMania, the 1135th edition of WWE Monday Night RAW came to you, live, from the Bridgestone Arena in Nashville, TN. At Fastlane, both Daniel Bryan and Roman Reigns put it all on the line with the promise of a main event spot at WrestleMania hanging in the balance. On a couple of different occasions, it appeared as if Fastlane would end in controversy as both Superstars were nearly counted out, but in the end, it was Roman Reigns delivering a huge Spear to Daniel Bryan that would keep Bryan down for the three-count as Reigns punches his ticket to WrestleMania, where he will challenge Brock Lesnar for the WWE World Heavyweight Championship in the main event! After being goaded into putting his WrestleMania spot on the line after winning the 2015 Royal Rumble Match, Roman Reigns’ victory over Daniel Bryan at Fastlane has left no doubt in everyone’s mind that Roman is ready and deserving of a match against Brock Lesnar on “The Grandest Stage of Them All”. Now, less than 24 hours after learning that he will be facing Roman Reigns with his title on the line at WrestleMania, WWE World Heavyweight Champion Brock Lesnar’s advocate, Paul Heyman, will be on RAW to address the #1 Contender for Lesnar’s title. What will Heyman have to say about Roman Reigns on behalf of his client?

WWE COO Triple H may have gotten more than he bargained for when he called Sting out for a face-to-face confrontation at Fastlane as “The Game” attempted to beat down “The Icon”, but when Triple H got his hands on his signature sledgehammer, “The Cerebral Assassin” would find himself backed into a corner when Sting pulls out his own equalizer. With his signature black bat pressed against the throat of Triple H, Sting would make “The Game” drop his sledgehammer before pointing at the WrestleMania sign in a bold challenge to Triple H for “The Show of Shows”. Triple H would then find himself in a heap in the middle of the ring as, when “The Game” tried to jump Sting, “The Icon” delivered a shot right to the mid-section of Triple H. Later that night, the match was made official as, in thirty-four nights, Sting will make his debut on the grand stage of WrestleMania to go one-on-one with Triple H! With an unreal and epic match on the horizon at WrestleMania, will we see or hear from either Sting or Triple H on RAW? How will Triple H react to being humbled by Sting at Fastlane?