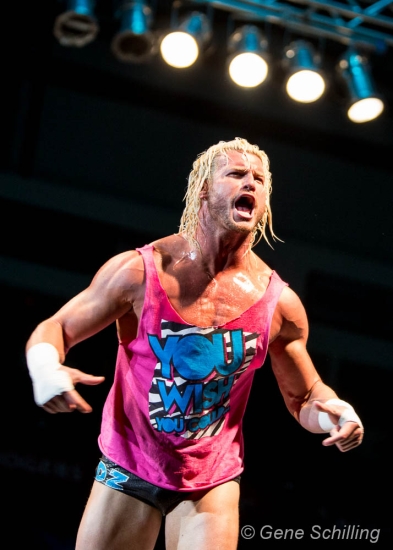 Two nights before WWE TLC, the 799th edition of WWE Friday Night SmackDown came to you from the Columbus Civic Center in Columbus, GA. Before he puts his spot as the #1 Contender for the WWE World Heavyweight Championship on the line in a Tables Match against Seth Rollins at WWE TLC, fifteen-time former World Champion John Cena would make a special appearance on SmackDown as the #1 Contender would kick off the show to discuss his match at WWE TLC and his opponent this Sunday, Seth Rollins.

At WWE TLC this Sunday night, Dolph Ziggler will get another opportunity to regain the Intercontinental Championship when he challenges Luke Harper for the gold in a Ladder Match. Meanwhile, Ryback will face Kane in a Chairs Match and Erick Rowan will collide with Big Show in the first ever Stairs Match. However, on SmackDown, these six Superstars would square off in a huge 6-Man Tag Match as “The Show-Off” Dolph Ziggler would team with “The Big Guy” Ryback and “Big Red” Erick Rowan to face the team of Intercontinental Champion Luke Harper, Kane, and “The World’s Largest Athlete” Big Show!

Before they challenge The Miz & Damien Mizdow for the WWE Tag Team Titles at WWE TLC, The Usos would be in action on SmackDown as the twin brothers would face Cesaro & Tyson Kidd. Also, before he challenges Rusev for the United States Title this Sunday, “The Real American” Jack Swagger would go one-on-one with Titus O’Neil and, before she defends the Divas Title against AJ Lee at WWE TLC, Divas Champion Nikki Bella would face Alicia Fox in a non-title match.