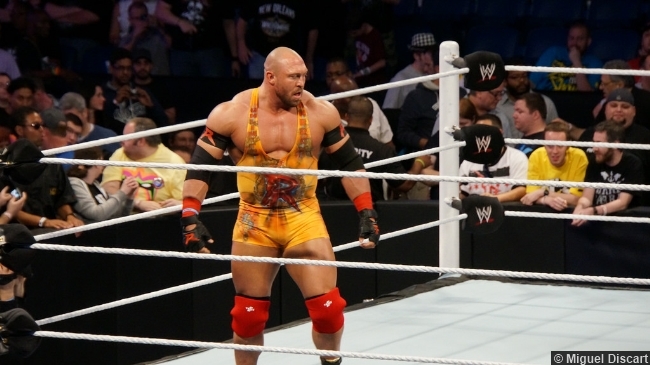 Nine nights before Survivor Series, the 795th edition of WWE Friday Night SmackDown came to you from the Echo Arena Liverpool in Liverpool, England. SmackDown, as well as the UK, will be in for a special treat as six-time former World Champion “Y2J” Chris Jericho returns to WWE to host his signature talk show segment, The Highlight Reel, and who will be Jericho’s special guests? None other than The Authority as WWE COO Triple H & WWE Principal Owner Stephanie McMahon would sit down with a Superstar they have had an endless list of problems with over the years. What will The Authority have to say regarding the Traditional 5-on-5 Survivor Series Elimination Tag Match pitting their Team Authority against Team Cena with Triple H & Stephanie’s control of WWE on the line? Will Triple H & Stephanie clue Jericho and the world in on who will fill out Team Authority as the fifth member of the team?

The first Superstar to step up and align himself with John Cena and Team Cena for Survivor Series was Intercontinental Champion Dolph Ziggler and, since joining the team, “The Show-Off” has become a target of The Authority and has repeatedly been put in difficult matches to try and sway Ziggler to abandon Team Cena. However, Dolph has thwarted the plans of The Authority at every turn, but after the surprising re-emergence of Luke Harper at the end of RAW saw a barely-conscious Dolph Ziggler tossed at the feet of Triple H & Stephanie McMahon before Harper told The Authority that he’s a “team player”. With Luke Harper lurking in the shadows, Dolph Ziggler would be put in another tough situation on SmackDown as, per the orders of The Authority, Dolph Ziggler will defend the Intercontinental Championship against Tyson Kidd and “The Swiss Superman” Cesaro in a Triple Threat Elimination Match!