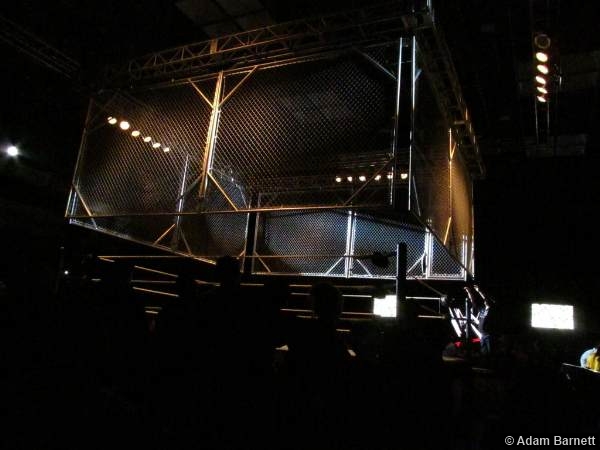 The Will to Survive.

The 794th edition of WWE Friday Night SmackDown came to you from the Times Union Center in Albany, NY. SmackDown would feature a special guest as two-time former World Heavyweight Champion Christian returns to SmackDown to host his talk show segment, The Peep Show, and his guest will be none other than “The Lunatic Fringe” Dean Ambrose! Will “Captain Charisma” be able to contain the unpredictable Dean Ambrose long enough to question Ambrose? What will Dean Ambrose have to say about the eerie messages from Bray Wyatt as of late?

SmackDown would also see the culmination of one of the hottest tag team feuds in recent history as the bizarre brothers Gold & Stardust would defend the WWE Tag Team Titles against the twin brothers they took the titles from back at Night of Champions, The Usos, and this title match would take place within the confines of a Steel Cage! In their most extreme title defense to date, can Gold & Stardust survive the steel to remain WWE Tag Team Champions or will The Usos regain the tag division’s top prize?

Also, in a WWE Network-exclusive match that took place after RAW went off the air this past Monday night, Rusev made his biggest anti-American statement to date by leaving Sheamus unconscious in the middle of the ring and walking out as the brand new United States Champion! Now that “The Hero of the Russian Federation” is in possession of WWE’s most patriotic prize, is there any stopping Rusev’s Russian revolution in WWE? Will Sheamus look to avenge his loss to Rusev and regain the United States Title?